The Boys Season 3 Finale Is Wild Hot and Full of Crazy Moments, Setting the Stage Well for Season 4

The Boys Season 3 has already been a wild ride. So calling it The Instant White-Hot Wild was shockingly accurate, especially for a finale filled with amazing moments. In an episode that starts with Homelander kidnapping young Ryan, it still ends in a very unexpected place. And in so doing, changes the trajectory of the show while still managing to increase the stakes for the next season of The Boys. 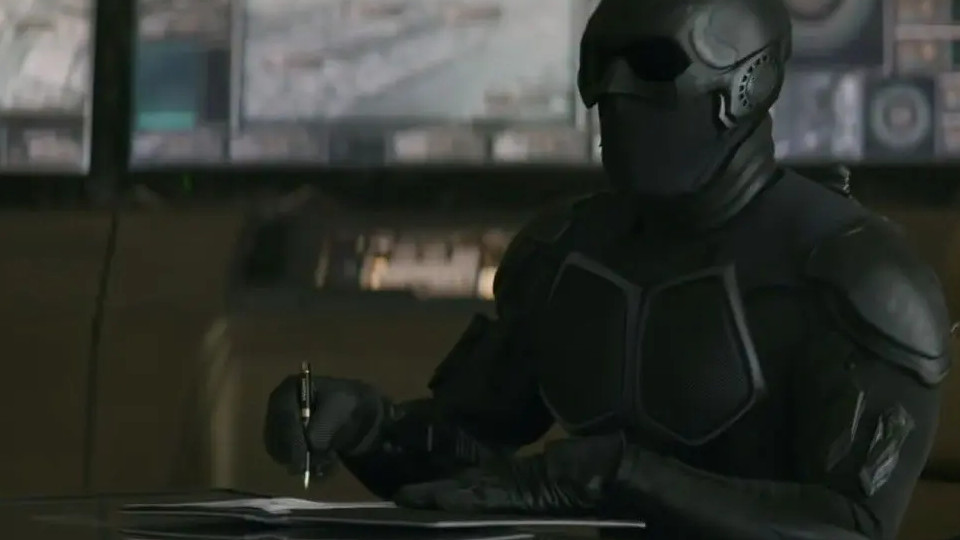 While Ryan may have been safe from Homelander all season, thanks to a helping hand from Neuman, Homelander finally tracks him down. Mallory does her best to intervene, but it’s hard to be covert around someone that can hear your heartbeat and see through your skin. Worse, it seems that Homelander is feeling extra emotional after finding out that Soldier Boy is indeed his father.

An impromptu rally for Starlight and Maeve turns violent when counter protesters dressed like Homelander arrive. Which doesn’t seem all that important, until it prompts Vought to move Maeve from the depths of Vought Tower. They gas her first, but the plucky super lesbian manages to stay awake enough to break free of her bonds and escape the armored vehicle.

After the last episode of The Boys, I was honestly worried Butcher would do the wrong thing and Hughie would pay the price. To my pleasant surprise, he does the right thing at the last moment. He tells Hughie he’s the spitting image of his brother moments before knocking him out and dumping him in a gas station bathroom. That way, he’s not with Butcher and Soldier Boy, and he’s removed from all the temporary V. Hughie realizes all this when Starlight arrives and picks him up, and they share a touching moment after Hughie convinces her to just unload all her “I told you so’s” on him.

As for Frenchie and Kimiko, they’re in an interesting place. Kimiko is finally accepting her monstrous strength, but Frenchie is feeling sorry for himself. Luckily she talks some sense into him, and reminds him that he saw the humanity in her at her worst, and now she sees the good in him. Despite the fact he’s doing drugs like there’s no tomorrow and moping around.

M.M. isn’t doing much better, and is worried he might have damaged his child’s innocence by knocking Todd out last week. While Frenchie is a terrible therapist, he does convince M.M. that it’s worth sharing all of himself with Janine, both the good and the bad. He then follows that up by saying that despite how broken he is, M.M. is the best man he knows.

While Butcher still thinks he can control Soldier Boy, the B team is preparing for the worst possible scenario. Frenchie gets his mitts on a dose of Novichok and puts it in a perfume bottle. Starlight tries to call and evacuate Vought Tower. And Hughie is determined to save Butcher like he saved him. Maeve also joins their ranks, but she’s pissy and not willing to compromise very much.

Back at Vought Tower, Ashley and Deep tell Homelander they lost Maeve, but they’re saved by the return of Black Noir. Noir is ready to work with Homelander to kill Soldier Boy, not realizing the extent of the revelation that was imparted to the psychotic cape-wearing Supe last week. When Homelander tries to ask Noir what his father was like, Noir just writes BAD and underlines it. Then Homelander tells Noir he can tell if he’s lying, and asks if he knew that Soldier Boy was his father. When the mute Supe shakes his head yes, Homelander responds by punching through him, and leaving him in a pool of his blood and guts.

I’ve spent a lot of time hoping A-Train might finally step up, but this finale proves that’s not happening. He tries to talk with his paralyzed brother Nate and apologizes for what happened to him. In response, Nate asks if he killed Blue Hawk. The ensuing conversation opens a huge wedge between them, and it’s clear Nate wants nothing to do with his little brother. Later on, when Homelander confronts Deep and A-Train about him murdering Noir, A-Train doesn’t do anything to push back, and is instead silent while Homelander tells them all what to do. He may have powers, but the speedy Supe is far from super.

Soldier Boy also shows his true colors in The Instant White-Hot Wild. He’s not some scrappy kid that became an American hero. He’s a child of privilege that suffered from an unsupportive father. He then used his father’s connections to become a lab rat for Vought, but when he tried to share his success, all he got from dear old dad was disdain for cheating his way to the top.

The B team manages to ambush Butcher, and are trying to take the reins of the suicide mission when everything falls apart. Maeve takes the Novichok and tosses it out a window, and SB and Butcher lock everyone in a safe while they go on their merry way. Luckily they eventually manage to break free, and Frenchie even cobbles together a plan B. They’re going to break into Vought Tower and distract Soldier Boy and Homelander while Frenchie makes his own Novichok. 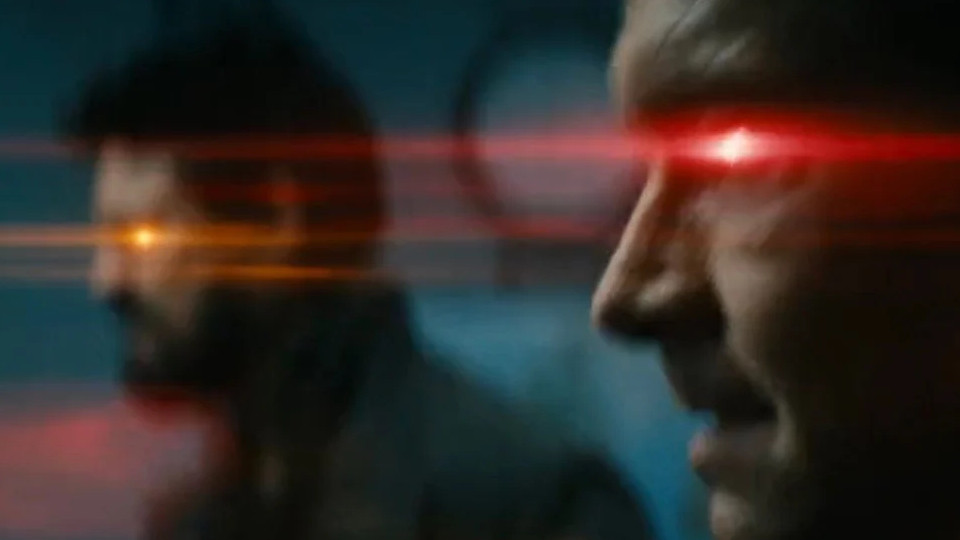 The endgame for The Instant Wild-Hot Wild is a massive series of shocking battles and fake outs. While they start out trying to deal with Homelander, he complicates matters by bringing Ryan into the fray. While Soldier Boy is more than willing to kill his own spawn and anything in his way (even his grandchild), Butcher isn’t willing to sacrifice Becca’s boy. So he shockingly teams up with Homelander to protect Ryan, and then gets drawn into a conflict with SB directly while Homelander and Maeve party.

The battles get really rough, and Homelander even gouges out Maeve’s eyeball. Even Frenchie and Kimiko are put in harm’s way by armed guards, though Kimiko is in the zone and deals with them handily while listening to Maniac. Just when all seems lost, with Soldier Boy about to take out the entire team, Hughie does the smart thing. Instead of taking another dose of temporary V, he turns the lights all the way up, supercharging Starlight. She knocks Soldier Boy on his butt and with a helping hand, M.M. gets the new Novichok on him. But the Supe isn’t ready to go back into custody and starts to initiate his explosive countdown. Only for Maeve to reluctantly play the hero, grabbing him and crashing through a window moments before he explodes.

You’d think that’s the end of the episode, but then Homelander flies back in, and he’s pissed. Not only did his own father deny and reject him, but Maeve tried to kill him. The only thing that stops him from making a bloody mess of The Boys is Ryan saying he wants to go away with daddy. Which is a gut wrenching moment for Butcher, since he’s been trying to both protect the boy and his innocence, but then he has other problems to worry about. He suddenly passes out from too much temp V. He wakes up intact, but the doctors tell him he has a dramatically reduced lifespan of mere months thanks to the dangerous drug cocktail. 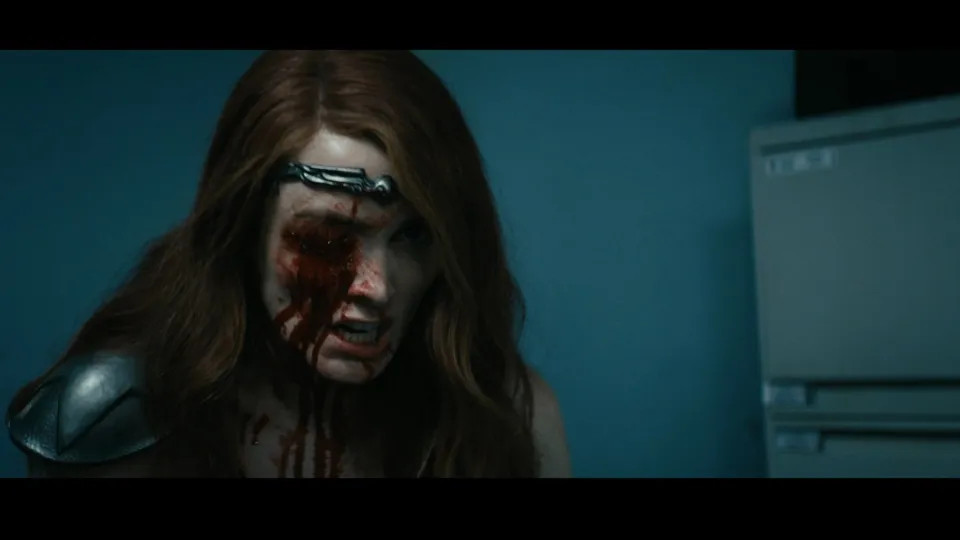 The end of the finale has a lot of really great human moments, such as M.M. finally telling Janine the truth about their family’s past, Maeve miraculously surviving, though totally de-powered, and Ashley deleting footage to protect the Amazon. Even the Deep’s wife dumps him and starts her own brand that’s mostly focused on talking trash about the aquatic asshole. Annie also officially joins the team.

But then they have one more surprise at the end. The Deep went on a little side mission for Homelander, and drowned the next expected VP candidate. As a result, the new candidate is none other than Victoria Neuman! Meaning things are about to get a whole lot worse for our team, and likely a lot more bloody and complicated.

Overall, I was really happy with both this episode and Season 3 as a whole. It explored nature versus nurture, consequences for our actions, and making the hard choice to save those we love. Sure, it also had a ton of insanity and violent mayhem, but the show just keeps improving. Here’s hoping this trend continues for The Boys in Season 4.

Previous article
‘Strange Tales: Thor & Jane Foster #1’ Sees A Love and Thunder Type Of Team Up
Next article
Thor: Love And Thunder Spoiler-Free Review: It’s A God Of War Parody About The Children