The latest Marvel Infinity Comic written by Gwen-Verse and Hack/Slash creator Tim Seeley, is a tale that examines Thor and Jane’s relationship.

A one-off Strange Tale filled with action, behind-the-skin tension, and thematic anecdotes about ex-lovers, this short is told in the style of a vertical comic. Which seems pretty beat-and-bash at first glance, until the cracks unravel like a fragmented Mjolnir, and the story becomes something more. All for a sad tale that brings up some heavy topics about the nature of our ever-changing relationships.

Now, before I get into any extreme platitudes let me say: that I am absolutely biased in my love of Tim Seeley. Hack & Slash is in so many ways, the late 2000s Slasher Goth’s indie comic bible. It is a series that blends all your favorite things about the genre, that then squishes it all together into the chest cavity of where a normal person’s heart used to be, bringing vital life into a supposed-to-be-dead genre like a Frankenstein’s monster.

Having been in a teenage rock band in 2004, as a person who absolutely adored this type of gothic My Chemical Romance-loving, skinny jeans at hot topic attire, I fell in love with Cassie Hack hard and quickly. Since reading Hack-and-Slash Tim Seeley has absolutely been someone I enjoyed following in the comics game.

But much like my band that broke up in 2008, my relationship changed in how I followed that particular type of gothic and horror style. I replaced my love of music and screamo, in my 20s, for a career in psychology. Pivoted my tastes in horror, music, and art styles into a study of outcasts in general, at least, for a time in my life.

My relationship to it changed. Much like how, in Strange Tales: Thor & Jane Foster #1, that story is very much about change. Particularly, in regards to the relationship between Thor and Jane. So while the premise is a battle between the two against Mr. Hyde, the rougher reality of the situation, is the fragmenting cracks of their relational foundations. It’s a type of horror portrayed rather cleverly in this one-off that’s both action-filled but also touching, in a way that leaves you feeling slightly more grown-up than when you left it.

There is a lot that is different regarding Jane and Thor’s changes over the years. And, as I’m sure Thor: Love and Thunder will highlight later today, Jane’s changed A LOT as a person. The comic brings both fond memories… but also at times… resentment, of the people we are. And the people that we’ve become.

It’s a good story that I highly suggest fans check out on the Marvel Unlimited App. 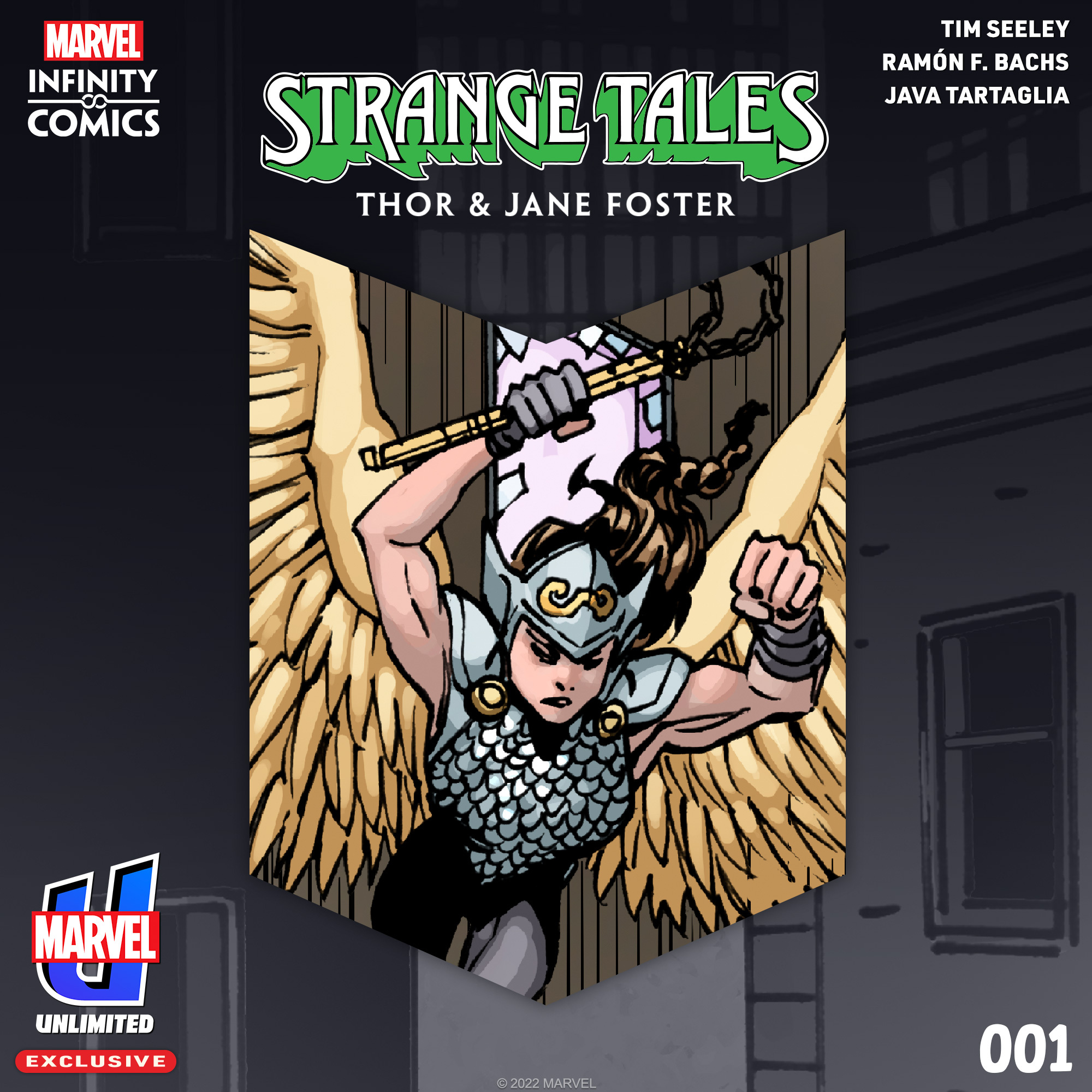 The man behind the mirror presents a team-up tale between Jane Foster: Valkyrie and the God of Thunder, Thor! Mr. Hyde doesn’t stand a chance…

Previous article
Behemoth Issue 1 Review: This Is What You Are
Next article
The Boys Season 3 Episode 8: The Instant White-Hot Wild Review and Recap