Gorr Is Kratos. Thor Is Thor. Jane is… also Thor. Love it or hate it, that’s the movie in a nutshell.

Thor: Love and Thunder is a film about self-discovery, people, and the importance of having children. Which is a pretty common thread regarding Marvel’s brand these days. It seems that the company is hinting at clear signs about a soon-to-come passing of the torch. Just look at Multiverse of Madness or Ms. Marvel, as both series, are more about the next generation of superheroes.

That said, Thor Love and Thunder is a movie that is more about the importance of love than bringing the thunder. With visuals that serve as beautiful depictions of the otherworldliness of Gods, along with giving us a modern look at the New Asgardians under King Brunnhilde (Tessa Thompson). It’s cheesy, funny, and very New Zealand-y. With comedy that is somehow a 12 out of 10 in terms of sheer ridiculousness and some LGBTQ moments that feel romantically organing, and overall, cute.

Superbly acted, the cast is also fantastic in their roles. Christian Bale plays the most sympathetic villain since Thanos in the MCU. You almost root for him, and probably would, if it weren’t for his overall creepy vibes and demeanor. Natalie Portman, likewise, excels in re-examining her role as Jane. The hardest working scientist trying to make a difference.

We also get to see Lady Sif (played wonderfully again by Jaime Alexander) make her epic return to the franchise, as many Thor Stans have loved Lady Sif as a character, and were slightly upset to not see her appear in any of the movies for a while.

But probably the biggest performance of note was in seeing Natalie and Chris finally nail their relationship. As the actors’ chemistry together really shines and makes for the best moments of the movie. Finally, viewers get to glimpse at what their relationship was like as a couple… both then and now.

Given all these good things, why are critics’ ratings so divided for Love and Thunder? 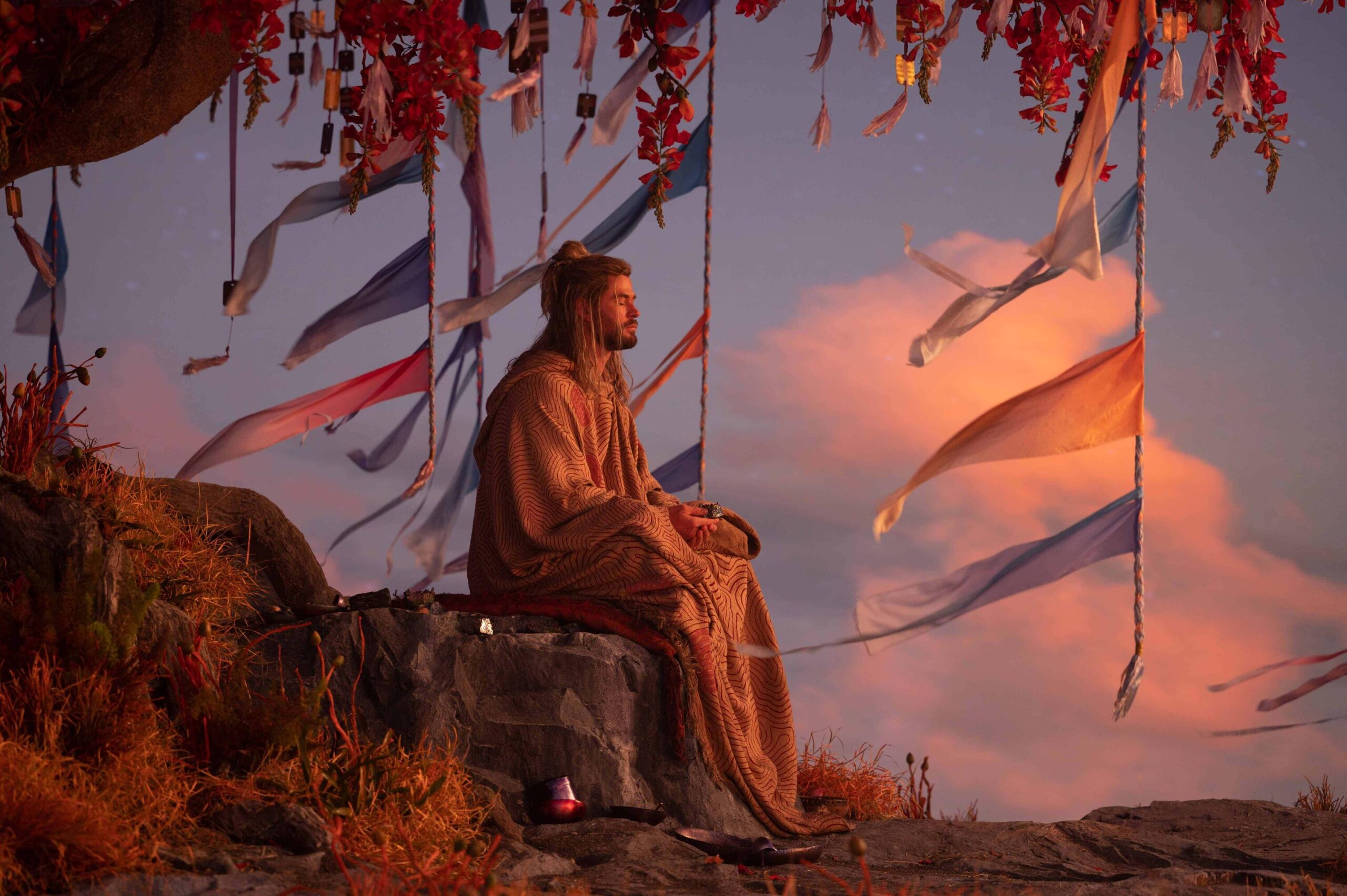 Well, the Gorr-driven storyline about how the careless Gods are to blame is actually a good exploration of the nature of mythology. That entire segment looks at the Gods the way the Thor storyline was always meant to: as powerful yet ultimately flawed beings.

Love and Thunder, is thus, trying to be a cautionary tale about the nature of Gods, while at the same time, serving as a ridiculous comedy where nothing truly matters save for love, good times with friends, and the people we care most about. It’s a story about picking up the pieces and finding meaning in the silliness of the moment.

For once, we also see Thor finally embrace his awesomely powerful, yet ultimately pointless, persona. He is a God whose might never really match the weight of his many defeats. A hero whose call to smite evil almost always leads to accidentally destroying many things in his wake and the loss of those he loves.

Where Love and Thunder begins is in Thor’s quest for self-discovery and search for inner peace. He’s Thor at his most Thor, as the movie also pays homages to the chariot of goats, Y’drasill, the rainbow colors of the Bifrost, and the Behemoth. All making this journey the most Norse-themed take of the hero to date.

So when the Necrosword and Gorr begin their rampage, Thor must intervene to save the day yet again. At that same time, coincidentally, Jane Foster reenters his life (with a storyline taken from the comic) making Thor’s identity crises all rather complicated.

That said, the stakes never move past that point because Thor and friends go from fetch-quest to after quest, pushing the story forward while never moving beyond the emotions of high-fives and longing looks of adults with the case of obvious crushy-feelys.

Kind of like the Guardians of The Galaxy cameos, the movie never feels certain of itself, nor is it supposed to. It chalks up a lot of kid-friendly moments and cheesy jokes to the levels where one has to pause and acknowledge that maybe… we’re all just getting too old for this?

Still, there are redeeming graces in Love and Thunder. The romance between Jane and Thor alone is absolutely worth it. Seeing them together musing over the things that separated them as a couple feels oddly human, as is the rock, hammer, and axe love that we see in this movie that I’ll omit in terms of details for spoilers.

Fans of the comics can also tell you that for those upset about the ending, there’s a lot of wiggle room left for a sequel and the consequences are smaller than you think. So ultimately, it’s a fun movie with low stakes, lots of love, and a lot of macro-level wish fulfillment that doesn’t make a whole lot of sense if you think too hard (or at all) about it.

Thor From Then To Now 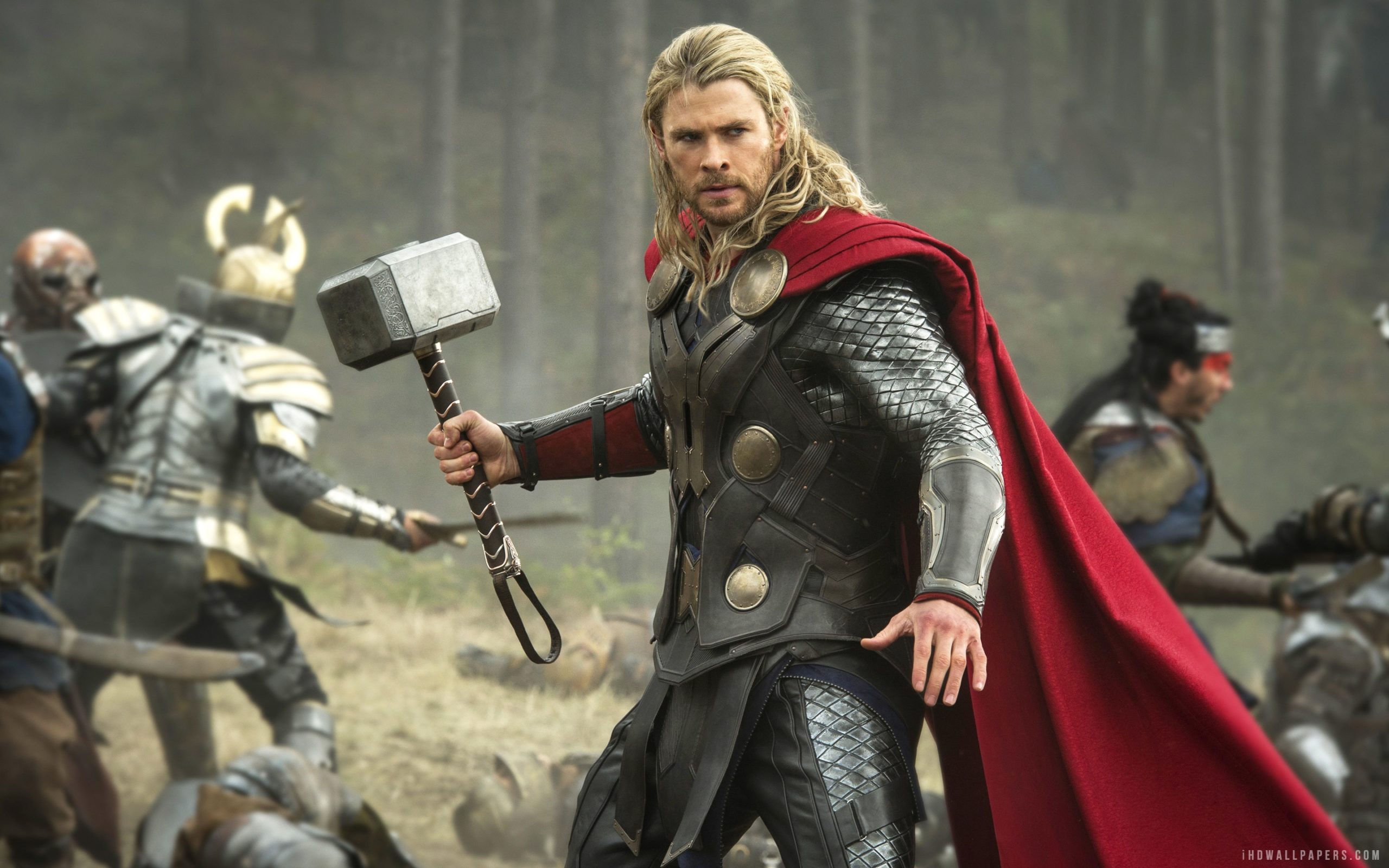 When Thor first arrived on the big screen in 2011 expectations for the MCU were entirely different. Superhero team-ups weren’t a thing just yet in the pop-culture zeitgeist and a ragtag group of powered people called The Avengers were thus far just a preamble to a rousing Nick Fury speech that he was still writing in the back of his mind.

You had a tech billionaire war mogul seeking redemption, a Jekyll and Hyde monstrosity in The Incredible Hulk, a man-out-of-time war veteran of the greatest generation in Captain America, and finally, a Norse God and his family drama. The last movie of which was directed by the well-known dramatist, Kenneth Brannagh.

Brannagh was an acclaimed Hollywood director at the time. A man whose Shakespearian stories such as Henry The Fifth and Hamlet had earned him several Oscar nominations. It was enough to gain the attention of the already very famous Natalie Portman. Who at the time was Hollywood’s top lady after having just won the best actress Oscar for Black Swan.

Together, this team made the first Thor film, a dramatic introduction and showdown sort of movie. Successful at their task of introducing the Thunder God, a lot of faith went into this idea of making Thor explore Godly mythos. A pursuit which fell somewhat flat in Thor 2 in a mixed-received effort by Game of Thrones and Sopranos director, Alan Taylor.

This Thor sequel would also be the last for Natalie Portman for a time. Marvel wasn’t entirely certain what would come of Thor outside of The Avengers until Taika Waititi came along.

Deconstructing fan expectations was Thor: Ragnarok, a movie that sort of had fun with the entire process. The movie revitalized the approach to the God of Thunder by stressing less of the God mythos and by making Thor mostly a brainless nincompoop. As Thor more closely resembled his Norse-based counterpart than the Marvel comics iteration.

Ragnarok was a great movie that smashed expectations by doing the exact opposite of everything we’d come to know. It was funny because it pushed against a preconceived notion of who Thor and Hulk were up to this time.

Thor: Love and Thunder does the opposite in that it picks up the pieces of what was left of the Thor story, rebuilt it in a completely non-sensical way that looked at Thor’s history, and finally, kind of just smashed it together before handing it off for a new kid to play with, much like a child.

Whether or not this works is yet to be seen.

I’d be remiss not to mention that the best and worst thing about this movie, especially for gamers, is that everything about Gorr’s story feels like God of War. Gorr’s storyline is about the cold and uncaring nature of Gods and how a cursed weapon changes all of that, leading to the subsequent slaughter of a bunch of Gods.

In fact, it’s kind of ridiculous how much Kratos and Gorr have in common. Here are a few:

So, yeah, the similarities are too uncanny. Just like with Gorr, you empathize with Kratos. You almost want him to defy fate. The difference is one Thor is chubby and Nordic, the other is the Golden God that is Chris Hemsorth butt-naked in a council of Gods.

A fun movie that by the end feels more like a children’s story in that it’s trying to be funny while losing the audience in terms of it’s plot importance. This one is more about characters doing things than the sum of its plot-hole-riddled Gods narrative.

Still, I think this one will do financially well and while I found it entertaining, I also probably would have been okay with seeing this one on Disney+. I also expect a fan petition for an extended Taika cut to be requested or trend in a few days.