“Here Comes a Candle to Light You To Bed: Reveals Noir’s Shocking Past and Sets S3 Up for the Finale

As we near the finale of The Boys Season 3, we had some really standout moments in Here Comes a Candle to Light You to Bed. We learn a lot more about Soldier Boy, and what an utter bastard he truly is. Kimiko finally finds peace and makes an important decision. And perhaps most fascinating, we get a play-by-play of what really happened in his past to make Butcher what he is today.

The Boys 3.7 Here Comes a Candle to Light You to Bed Recap 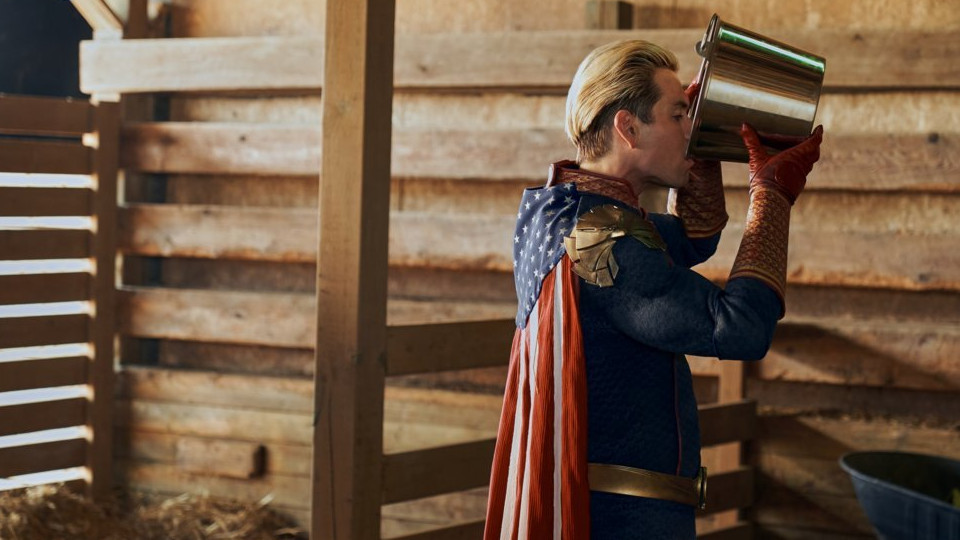 Despite Starlight’s beautiful moment of speaking truth to power, Vought is already spinning it, mostly with the help of Ashley (the red-haired one) and Homelander. They’re calling her a druggie, a child trafficker, and much worse to distract from the impact her words would have otherwise had. As such, she spends most of the episode with M.M., Frenchie, and Kimiko, though she does eventually make her way to Vought for a critical mission.

The latest name on Butcher’s hit list is Mindstorm, a powerful psychic Supe that’s also bipolar. That last tidbit helps Hughie track his location, which happens to be a cabin in the woods. Because nothing bad ever happens in those sorts of places. Regardless, Butcher, Hughie, and SB head after Mindstorm, and shit very quickly hits the fan. If Mindstorm makes eye contact, he can trap victims in an endless loop of their own nightmares. Butcher finds this out the hard way after a tripwire distracts him, and finds himself reliving his broken childhood, getting beaten by his father and trying in vain to protect his brother, Lenny. Hughie of course wants to save Butcher since he’ll die trapped in that state, but Soldier Boy has already given him up for dead.

If you were worried about Maeve, the good news is she’s still alive. The bad news is that she’s trapped in some facility under Homelander’s authority. He comes to interrogate her about where Butcher’s team is, and in the exchange, my earlier suspicion gets confirmed – Soldier Boy’s energy blasts remove the V from the Supes it hits, leaving them vanilla human again. Maeve is defiant and Homelander says something truly disgusting, threatening that he’ll harvest her eggs and use them to make his own children. The only thing that helps her stay calm and counter his abuse is when she notices he’s wearing concealer, and rightly guesses it’s hiding a bruise.

As for other members of The Seven, we get very abbreviated stories for both The Deep and A-Train. At this point, Deep is just comic relief, and though sometimes hilarious, he’s also feeling a bit stale. He tries to convince his cult wife to join him and an octopus for a threesome, and she’s not having it. Meanwhile, A-Train wakes up in a hospital bed in Vought’s care. Which sounds good, since he’s alive, but things take a nasty turn. It turns out he received a new heart from the recently deceased Blue Hawk. This is good for him, but it’s juxtaposed with Ashely being horrible and racist about A-Train’s upcoming movie, and it’s clear that A-Train is starting to question his life choices.

I would be remiss if I didn’t touch on the adventures of Black Noir. While he was mostly on the sidelines after cutting out his tracking chip, he makes up for it in Here Comes a Candle to Light You to Bed. He’s lurking around a place called Buster Beavers, which is essentially Chuck E. Cheese. There, as he tries to eat beans in peace, he’s confronted by cartoons. It’s all in his head, but it’s still a glorious Roger Rabbit sequence. As the cartoons cajole him, we get a horrific cartoon vision of the way Soldier Boy conducted himself, and it is finally clarified who had SB kidnapped – a young Stan Edgar and the entirety of Payback. Unfortunately, Soldier Boy didn’t go quietly, and was directly responsible for the horrific damage done to Black Noir. But as the cartoons convince him, he can’t hide from Soldier Boy any longer, and I smell a confrontation coming in the finale. 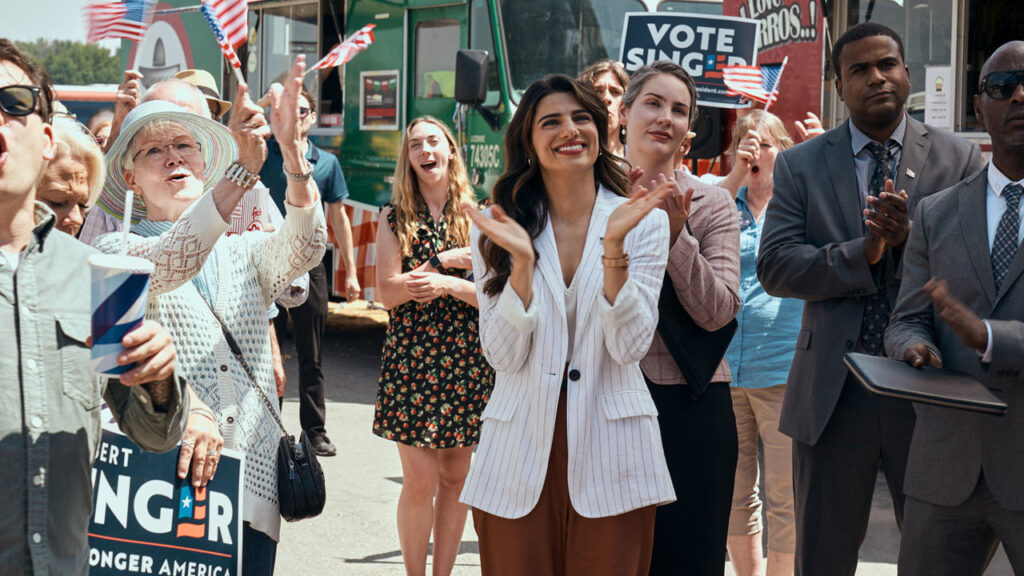 Hughie and Soldier Boy gradually make their way towards Mindstorm’s cabin, and find a pastor and nun on the side of the road. Hughie of course does the good thing, but Soldier Boy suddenly shoots the pastor through the head. Which seems extreme, until the nun jumps Hughie and tries to bite his throat out. Turns out, Mindstorm can also compel people psychically, and so a shaken Hughie and domineering Soldier Boy make their way even more cautiously to the cabin.

While Frenchie spends most of the episode higher than a kite, his keen eyes still spot something M.M. missed. He checks out the footage of the Russian scientists experimenting on Soldier Boy and realizes the gas isn’t halothane that subdued him. Instead, it’s a vapor delivery system for the deadly poison Novichok, which only knocks SB out. As for the girls, they spend some alone time drinking together, and Kimiko confides in Starlight that she’s ready to get her powers back. As such, she begs her to go and recover some V to get powered back up again.

As for everybody’s favorite psychotic superman, Homelander isn’t taking Starlight’s big moment well. He goes to a rally for candidate Singer, and starts ranting and raving about how horrible she is. Which of course is eaten up by the ignorant audience, and struck me as a particularly painful reminder of our current political climate. When he gets off stage, he decides to go and satisfy his milk fetish by milking a cow and then chugging a bucket of milk. Though he’s interrupted by Neuman, who wants to establish a transactional relationship with the dangerous madman.

Soldier Boy and Hughie make it to the cabin, and Hughie has the quick wit to teleport the Supe away to help Butcher. He doesn’t want to, but Hughie convinces him that he’ll make it worth his while and take him anywhere he wants afterward. As we delve back into Butcher’s psyche, it’s clear how Butcher started emulating his abusive father and eventually left his poor brother in the bastard’s care. This leads to his brother talking directly to Butcher and blaming him before blowing his own brains out, moments before Butcher is shaken awake.

Hughie is ready to make good on his deal with Mindstorm when Soldier Boy arrives and does some horrible damage to the psychic. As he’s beating him to death, Mindstorm whispers something to him, moments before he’s decapitated by SB’s shield. 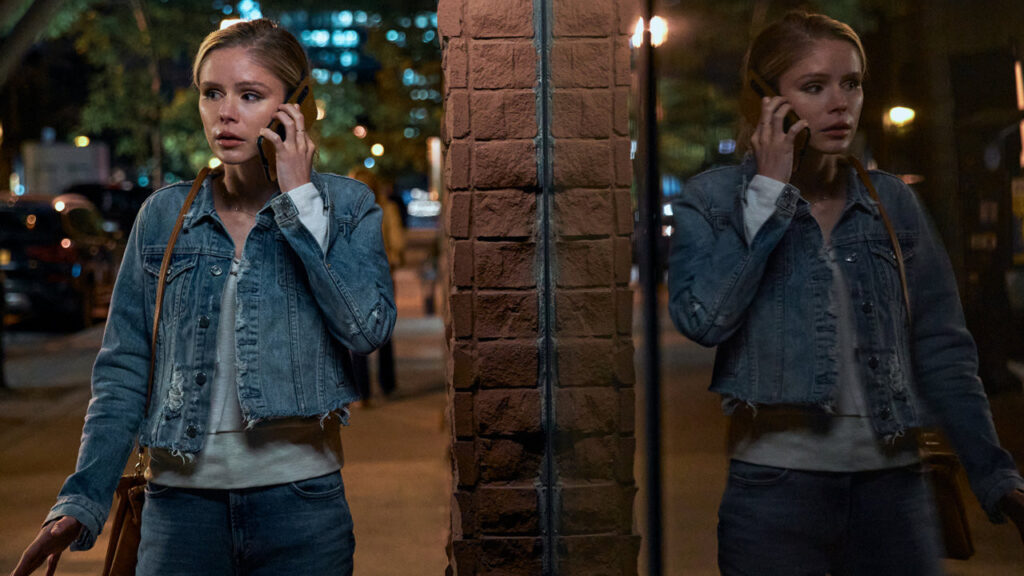 There’s a lot of great stuff in Here Comes a Candle to Light You to Bed, but here are some of my highlights. M.M. discovers Todd took his daughter to a rally with Homelander and dispenses some much-needed justice to the idiotic stepdad. Kimiko finally comes to terms with her anxiety about her powers and reveals to Frenchie he’s her family before getting injected with another dose of V. Homelander confronts Starlight and threatens her, only for her to record and share the entire incident, shocking him silent.

Those are all great, but here are the most important moments. Annie discovers how dangerous the temporary V truly is, and how if Hughie or Butcher take another dose, they might be in mortal danger. Which she relays to Butcher, only for him to not say anything to poor, impressionable Hughie. And just when you think it’s over, Soldier Boy calls up Homelander and reveals what Mindstorm whispered to him. Namely, that SB is the sperm donor for Homelander. Which makes a shocking amount of sense, and sets the stage well for the finale. Overall another fantastic episode of The Boys that has me excited for next week!