The Last Time to Look on This World of Lies Has Some Great Moments, But Not Enough to Ignore Rough Spots

There’s some things I really liked about the latest episode of The Boys, called The Last Time to Look on This World of Lies. We get to see more of Jensen’s range playing Soldier Boy; Kimiko gets a random musical moment that’s both charming and heartwarming; and we get a hint that maybe, just maybe, something is finally gonna push A-Train to act like the hero he’s pretended to be for years. But there’s also some stuff that really irritated me. Things that other superhero shows are also guilty of doing, but still shouldn’t happen. Also, since this episode brings things close to the final arc of this season, we won’t be hiding from many spoilers anymore. So with that in mind, let’s talk about The Boys Season 3 Episode 5.

The Boys 3.5 The Last Time to Look on This World of Lies Recap 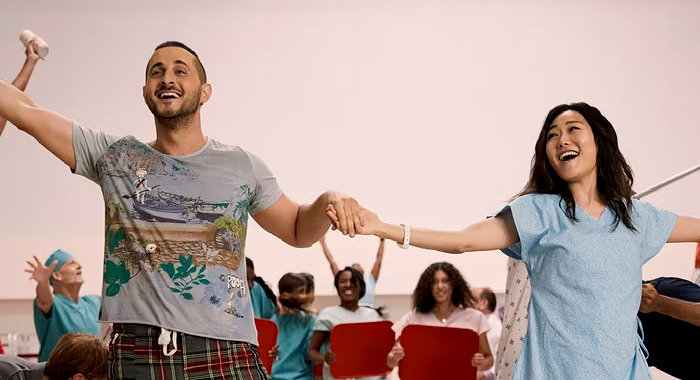 The good news is, that Kimiko isn’t dead after the shocking injury dealt to her at the end of the last episode. The bad news is that she’s still not healing like she used to. This brings me to one of my complaints about The Last Time to Look on This World of Lies – they never address the elephant in the room. Namely, how were Kimiko’s powers negated by Soldier Boy’s energy blast? My fan theory is that the experiments that were done on Soldier Boy by the Soviets somehow made him into what’s essentially Supe kryptonite. If that theory holds, his energy blast is capable of killing any superpowered individual, as well as any unfortunate civilians in his blast radius.

Speaking of Soldier Boy, the Russians did some truly brutal experiments on him, essentially distilling Chernobyl into his veins. So much so that he now gives off a slight radioactive signature that can be read by Geiger counters. Somehow the Russians were able to keep him sedated or at least restrained while this was happening, but now he’s loose thanks to Butcher and The Boys. At first, he just wanders around Russia, but he finds his way back stateside in record time.

More than ever, MM is intensely pissed off at Butcher. Both for putting the team in danger but also for crossing a line he never should have crossed in taking temporary V. Hughie isn’t doing amazing after his superpowered antics and spends a lot of time vomiting up green sludge. As for Frenchie, he’s spending time at the hospital with Kimiko, who now seems to be totally bereft of all her powers, including her ferocious strength.

As for Vought, now that Stan Edgar was removed, there’s a new CEO in charge – Ashley. And as any fan of the show will know, Ashley is not a woman of principle or someone capable of restraining Homelander in any fashion. He’s basically running roughshod over Vought with Edgar gone, intimidating empty-suited idiots and appointing fish brain (AKA The Deep) the new head of Crime Analytics. Where his first act is giving everybody cupcakes, and his second act is removing everybody who said anything bad in the past about Homelander. And if you thought the death of Supersonic might impact Homelander, you’re as dead wrong as he is. The media is already spinning the death as an overdose gone wrong.

Annie might have prayed for the Russian job to go right, but Hughie comes clean and reveals they have no special weapon to kill Homelander with. Worse, he tells her about taking V and she’s more than a little worried about him, not to mention terrified about Homelander left unchecked. Hughie tries to pretend he’s happy being normal and human, but it quickly spills out how exhilarating he found his superpowers, and it’s clear he’ll take more V as soon as he’s able to. 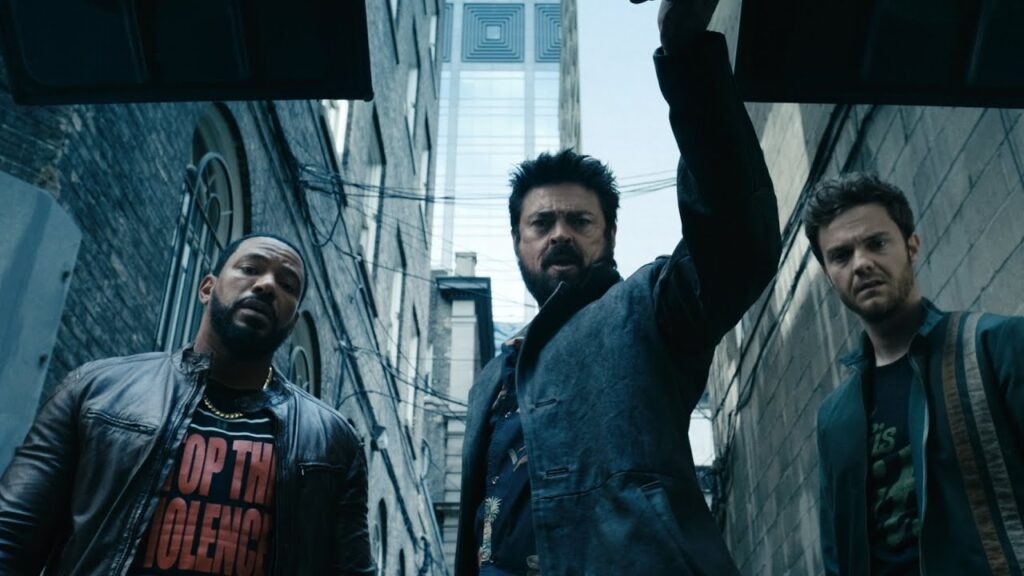 As for A-Train (the A stands for asshole), he’s living with the consequences of ratting out Annie to Homelander. She’s not content to let him forget his actions led to Supersonic’s murder. Then when A-Train starts working with Ashley, she concocts a media event for Blue Hawk and A-Train to publicly mend fences. Then, because it’s The Boys, the whole thing goes totally off the rails and it becomes quickly clear what a racist shithead Blue Hawk is. It starts with him saying ‘Supe lives matter’ and ends with him tossing innocent civilians around, leading to A-Train’s brother getting permanently hurt.

For all the Maeve fans out there, she gets a lot more screen time in this episode. She starts by giving Butcher more doses of temporary V, and subsequently refuses to share a drink with him, due to her hard-earned sobriety. Then she decides to have a few drinks and kisses Butcher. At first, it seems he’s not interested, but that quickly changes, and let’s say that Butcher plays Gaby to Maeve’s Xena and things get very hot quickly. But by far my favorite part of this scene is when Butcher tells Maeve ‘with great power comes the absolute certainty that you’ll turn into a right cunt’, and that’s before she jumps his bones.

MM tries to leave Butcher’s madness behind, but quickly gets dragged back into it thanks to Todd and Soldier Boy. He goes to pick up his little girl, only to find that her new stepdad is a massive Homelander fanboy, and is spreading his malicious nonsense to Janine. This leads to some salty language before MM sees a broadcast about Soldier Boy wandering around NY and then exploding, killing 19 random passersby – which causes more PTSD for the as-yet undisclosed incident with Soldier Boy, before MM decides he needs to fight the good fight a little longer.

One of my absolute favorite parts of the episode is when Kimiko has a musical dream sequence. She’s just discovered her powers are apparently gone, and she’s beyond happy. Now she can be a human girl again, and the musical number with her, Frenchie, and the hospital staff do a wonderful job of conveying her emotions. Then, for good measure, she actually kisses Frenchie! Sadly, Little Nina is blaming Frenchie for the messy op last time, and actively kidnaps him from the hospital when he refuses to do a job for her. 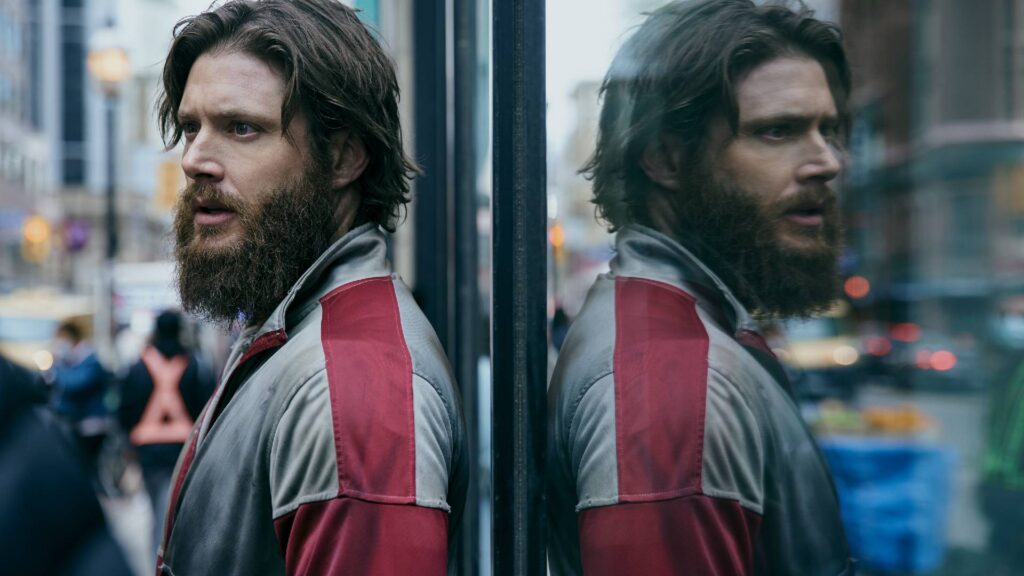 It all culminates with some really dark moments, like any good Boys episode. Butcher ropes MM and Hughie into a mission to find Crimson Countess, only to roofie MM and team up with Soldier Boy instead. Crimson Countess gets some sexy Zoom time with Seth Rogen (yes really), right before SB arrives and confronts her. He’s hurt that she left him in Russia, and she reveals she always hated him, moments before another energy blast renders her into a squishy skeleton. And Homelander pulls a fast one on Maeve and confronts her as a distraction while Black Noir sneaks up and incapacitates her.

Oh, and lest I forget, The Last Time to Look on This World of Lies also introduces a key character from the comic, The Legend. He’s played by Paul Reiser, aka the good doctor Sam Owens from Stranger Things. He’s smarmy and sleazy, but I seem to recall the comic book equivalent was much, much creepier, both in appearance and demeanor.

All in all, this was a good episode of The Boys. It let gave some characters more room to breathe, showcased how increasingly paranoid and psychotic Homelander is, and even had The Legend tell the team that “everything Butcher touches turns to shit’. What it didn’t do was finally explain MM’s connection to Soldier Boy or clarify how the ancient Supe’s new powers work. But hopefully, the next episode will start to explain some key details while it moves us towards the inevitable blood-soaked season finale.