Glorious Five Year Plan is an Emotional, Funny, Brutal, and Surprising Episode That Takes The Boys in Surprising Directions

I’m not sure who’s responsible for all the delightfully twisted fourth-wall-breaking content in Season 3 of The Boys, but I’m grateful for their hard work. Watching what’s essentially a Soul Train knock-off called Solid Gold, with Soldier Boy crooning in the worst way possible was an amazing start to Glorious Fire Year Plan. As was the disdain on MM’s face as he watched the footage. Though it started to go someplace dark when MM recalled some horrifying, as yet unspecified incident that affected him as a child thanks to Soldier Boy. 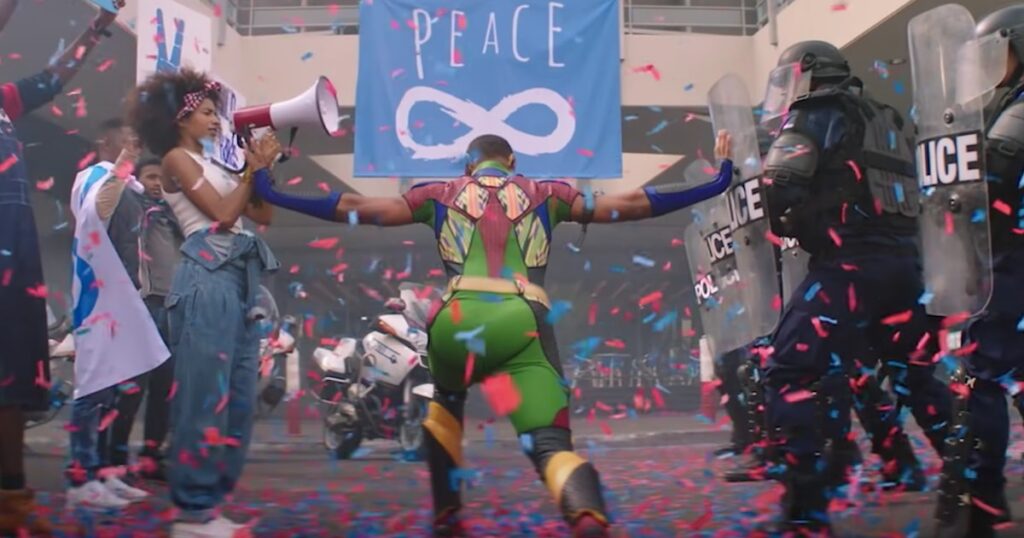 Homelander isn’t the only one losing control. Now that Hughie knows Butcher’s dark secret, he’s at serious risk of Butcher silencing him. Probably not permanently, but I’m sure Butcher wouldn’t have any qualms putting Hughie in a minor coma. Meanwhile, the blonde bigot himself is going on FOX News… I mean, the Cameron Coleman hour and talking about the people trying to control him from the shadows at Vought. He’s pushing boundaries, and Stan Edgar isn’t having it. So he tries to get his pet supe, Neuman, to agree to work with him to keep Homelander in check.

Butcher and Frenchie chase Mallory’s lead to an unexpected source – Little Nina. Worse, Butcher plays into her portrayal of Frenchie as a ferocious dog on a leash. When they offer to compensate Nina for Cherie’s theft, she isn’t satisfied with just the money. She also wants Cherie for her trouble. Then she’ll consider asking the KGB about the mystery gun that supposedly killed Soldier Boy.

Starlight clues Hughie in on the worsening situation with Homelander, and despite everything, he wants to protect her from harm. So much so that when Homelander waltzes in and starts intimating he’ll soon be screwing Starlight, Hughie does the dumbest yet bravest thing possible and gets in his face. Starlight backs him up and threatens to walk if he touches Hughie or anybody else he loves, and luckily Homelander leaves. This time. He still manages to twist the knife by signing Hughie’s cast first.

To my pleasant surprise, A-Train takes his brother’s advice to heart and tries to use his platform for something meaningful. Unfortunately, the Ashleys twist it into a commercial for a soft drink instead and make him look like a corporate tool in the process. Meanwhile, the head Ashley ignores A-Train’s demand to speak with the supe that curb stomped an innocent bystander.

Little Nina comes through and books The Boys a trip to Russia to find answers. There we get serenaded by what sounds like Russian rap and view some truly epic graffiti that prominently features horrific portrayals of Vought’s superheroes. Regardless, things seem to be going well until Butcher reveals they have to do a little job for Nina before she’ll actually point them in the right direction. And he wants Kimiko to do it, despite her arguing she’s “not his gun”. 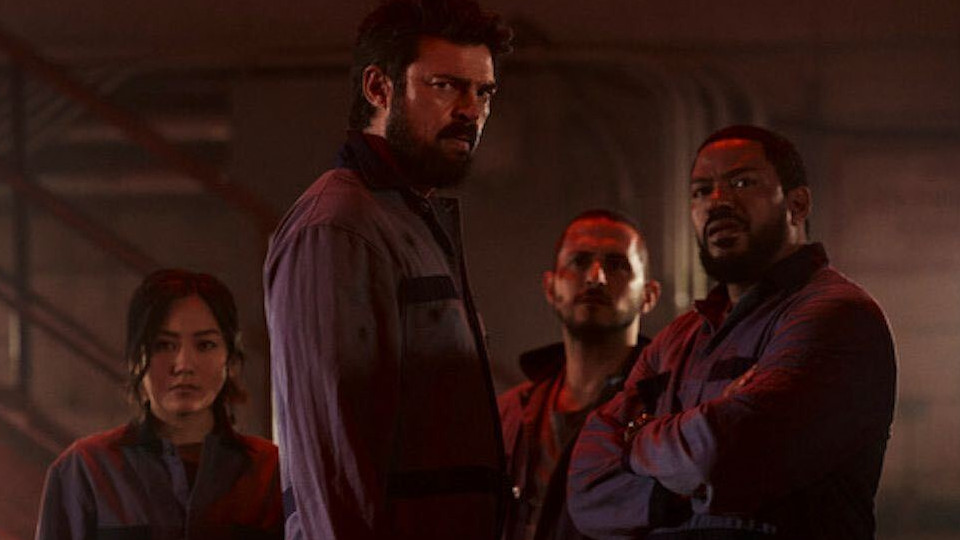 A-Train continues to surprise by trying to bring up social justice in a meeting of The Seven, and Starlight takes his lead. It has a chance of working until the Deep’s cult wife uses him as a ventriloquist dummy and argues down A-Train’s idea. Then A-Train confronts the fishy fool in the hallway, where he says one of the funniest things I’ve heard this season. He says Deep is like “Ashton Kutcher fucked a clownfish”. Understandably that leads to a fight which is sadly stopped by Homelander’s presence.

Starlight spends a lot of the episode recruiting to her cause to bring down Homelander, first with Maeve and then Supersonic, who in turn mentions it to A-Train. Despite how indomitable Homelander’s powers make him, she thinks they can at least buy The Boys time to use the weapon and neutralize him for good.

Then it all starts to go pear-shaped. Neuman’s press conference happens, and to my utter shock, she uses her platform to start talking about the dangers of Stan Edgar, who is removed from his position of power. Turns out, Homelander got to her first and presented some opposition research of Edgar’s about her. All she wanted for this act of rebellion was one little thing – a dose of V to use on her own daughter.

Russia goes wrong even faster. Kimiko heads to the palatial mansion of a Russian oligarch under the guise of being a call girl. And let me just take a moment as a heterosexual male and say she looks damned good in her sparkly dress and heels. Unfortunately, things spiral once the hideous oligarch starts showing off his collection of superhero-themed dildos, and let’s just say Kimiko penetrates him first. Then in the aftermath of the bloody mayhem, one of the other girls shoots Kimiko through the head, though luckily she heals from the physical damage. The emotional and mental damage is another issue altogether. 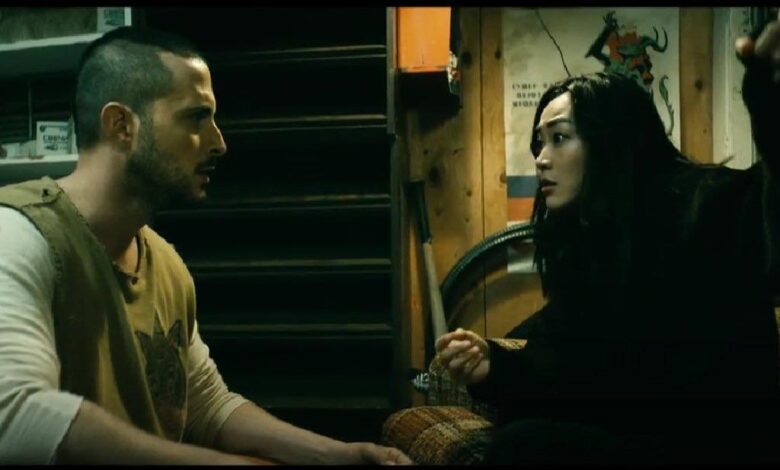 There are some great moments in Glorious Five Year Plan, both emotionally satisfying ones and horrifying ones. Frenchie and Kimiko have a deep talk about how Butcher uses people, and they endeavor to do one last job for him and then leave together to spend time in Marseilles. The love they have for each other is clear, even if Kimiko does not reciprocate it in the way Frenchie wants. I also really enjoyed watching Butcher explain to MM why he desperately needs him on the team, to help keep everyone together so Butcher can be the asshole they all need. And even Ashley gets some terrifying alone time with one Cameron Coleman, and her echoing a line from Homelander leads to inexplicable sexy time. Honestly these all help contribute to probably my favorite episode so far this season.

Now, I try hard to avoid spoilers when I can. But there are two big ones that happen in Glorious Five Year Plan that I have to mention next. So if you want to avoid being spoiled, now’s the time to take the off ramp and return later once you’ve watched the episode.

All right, everybody prepared? Cause things are about to get wild. As one might expect being a fan of the series, the Russian job goes horribly wrong. But not for the reasons you might expect. Butcher goes dosed with temporary V, so he thinks everything is in hand. But then Frenchie finds a superpowered hamster, who accidentally seems to trip the alarms. Armed men come in guns blazing, and everybody has to take cover. Well, everybody but the hamster, but I’ll let you watch that for yourselves.

Butcher reveals his superpowers to the rest of the team and starts drawing fire since he’s temporarily invulnerable to bullets. But then one of the soldiers arrives behind MM, and it seems our favorite badass is about to bite the dust. Until that is, Hughie teleports through his clothes and punches the soldier through the chest. Turns out, he nicked some temporary V when Butcher wasn’t looking. And while he most definitely saves MM’s life, MM and the rest of the team is ashamed he took the drug. Even Butcher. 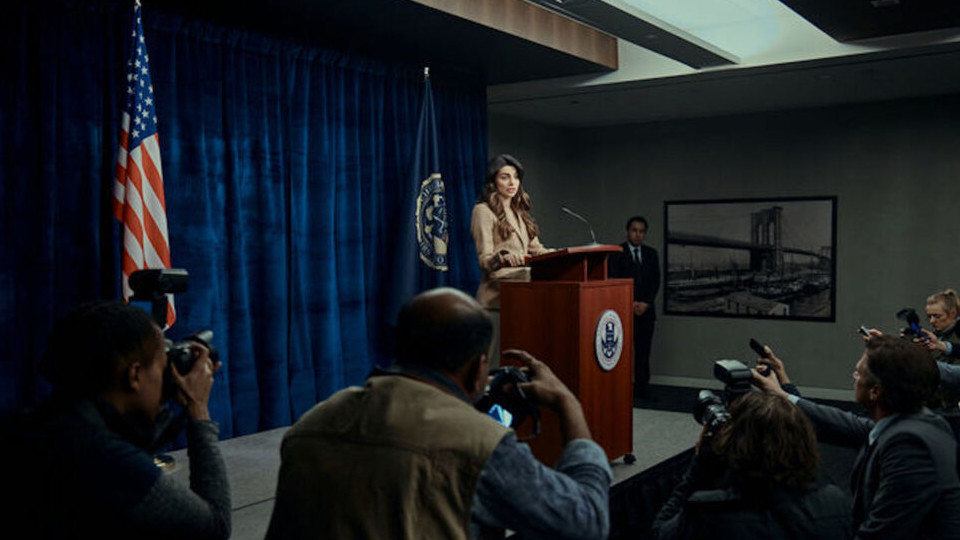 It seems the day is won until Butcher finds a tall container and rips the lid off. Inside is none other than the supposedly dead Soldier Boy. He’s hooked up to all sorts of wires and machines, and his beard has grown scraggly and long. Once he gets loose, something weird happens. He starts drawing in power and glowing, and suddenly expels a blast of energy. Frenchie is right in his path, but Kimiko acts fast and throws him out of the way. Shockingly, the damage dealt to her by the blast doesn’t want to heal. And as they leave the compound, it seems the team is more broken than ever, with MM furious, Frenchie despondent and Hughie higher than a kite.

Starlight’s heart was in the right place in recruiting supes to fight Homelander. But sadly for her, Homelander is more devious than we expected. And it turns out, stupid A-Train opened his mouth about the impromptu rebellion. This directly leads to Homelander flying Starlight onto a rooftop and showing her what’s left of Supersonic. He murdered him brutally, and he threatens he’ll do the same to Hughie if she doesn’t tow the line.

Overall, Glorious Five Year Plan was another great and gruesome episode of The Boys Season 3. I cannot imagine how things will play out, but I’m excited to see where the unpredictable story takes us.