Last week’s episode was mostly setup, but everything mostly pays off in tonight’s Archer finale. The team’s drastic, fantastic voyage into the body of Dr. Kovacs continues as they race to destroy a life-threatening blood clot and escape before they return to normal size. It’s a funny, exciting finale that continues most of the trends we’ve seen from the season overall, and leaves us with an intriguing cliffhanger for the show moving forward.

Season six of Archer was arguably more self-aware and took itself less seriously than any of the previous seasons–the “unreboot” following the Archer Vice reboot was bound to raise a few eyebrows, and creator/writer Adam Reed seemed happy to run with the show’s little existential crisis. Archer enjoys himself more and is cockier than ever, since he’s effectively immortal (“Lana, I’ve never had a death wish; it’s just that I don’t believe that I, personally, even can die”). Meanwhile, the week-to-week missions they’re assigned have little to no significance since all of the major story arcs this season have only involved character relationships. This has allows the writing to play with things like plotting and pacing in any given episode to better serve the characters and comedy. Sometimes it’s a little too flippant, deflating the stakes that a particular episode tries to build up, but it works well here. 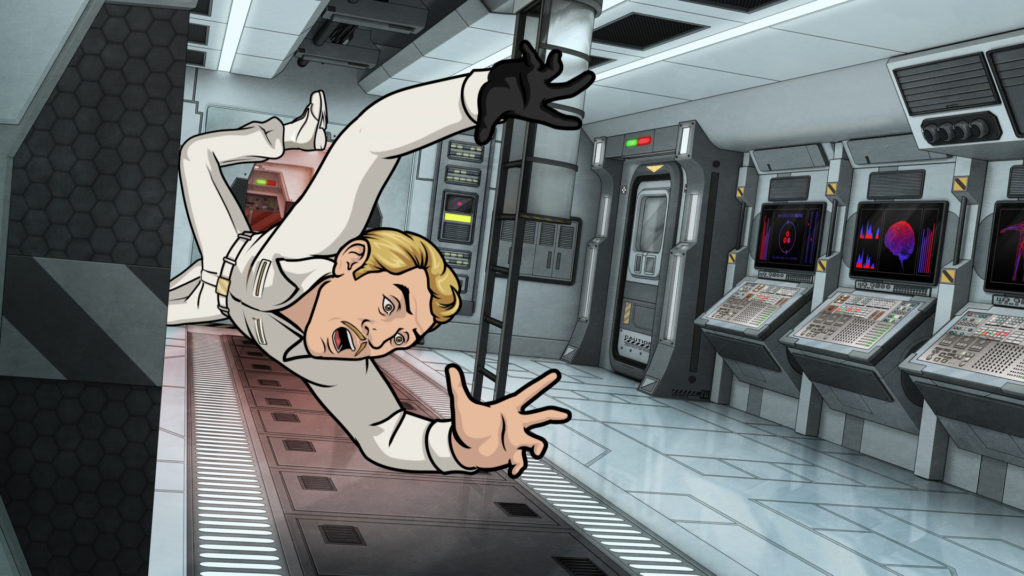 The writing tonight was particularly eager to toy with expectations and gloss over contrivances. As our heroes are stuck in the foot of Dr. Kovacs, it turns out that they can travel along the circulatory system to the brain in about a minute, because that’s how long blood takes to circulate through the body. That provides them plenty of time, but to keep up the urgency of the episode, our heroes end up encountering a number of delays. Pam takes fifteen minutes to fit into her wetsuit (“Because who has an entire submarine with no damn talcum powder on board?”), and their departure is delayed because the ship can’t move while the airlock is being purged. The brief, wordless montage that played while the airlock was purging was especially great; Archer waits out the boredom while Pam slowly goes stir crazy and is eventually reduced to tears (it reminded me of one of the season’s best episodes).

The episode plays with expectations in other ways as well–Cheryl holds a pair of sharp tungsten knitting needles, and the ship experiences a jolt of turbulence whenever they’re raised near someone’s neck, but nothing ever comes of it (she ultimately ends up stabbing Ray in the leg, on purpose). There’s also a stowaway on board, of course, but it’s just TV’s Michael Gray again. He’s still in his Slim Goodbody body suit and taking up precious oxygen, but he’s ultimately harmless and it doesn’t actually end up impacting anything at all. When he slaps Archer, there’s a slow zoom in on Archer’s angry face, but Archer quickly laughs it off and apologizes. Cheryl whispers, “Will you explain that to me later?” “I was hoping you would,” replies Pam. 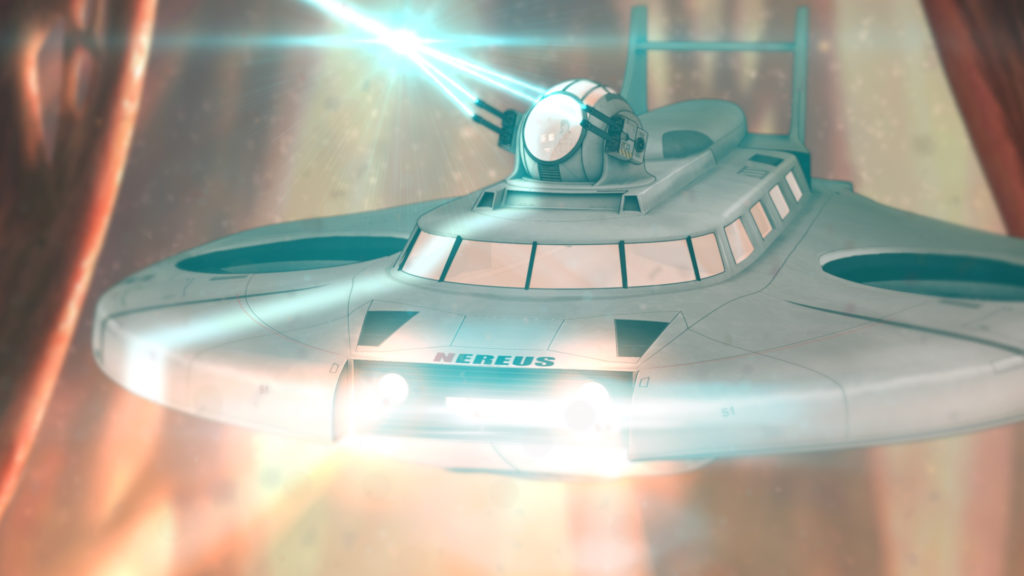 The big twist at the end is that they ultimately don’t make it out in time, and the ship expands, killing Dr. Kovacs and everyone in the surgery room. As promised, Archer and the rest of the group are blacklisted from ever working in espionage again. It’s a decision that makes sense–Archer laughs his way through everything, bristles against the CIA’s authority, and they’ve failed every mission they’ve been handed. As amusing as it would be to see Archer perpetually butting heads with Slater, the complete implosion of their professional relationship with the CIA feels like the right move. While they’re stuck on the side of the road contemplating their failure and what they’ll do for money, Archer confidently replies that he has a few ideas.

I have no idea what’s in store for a Archer next season, but I’m really excited to find out. Archer Vice was proof that the characters were strong and consistent enough to make for a great show no matter what the circumstances, and the possibilities are truly endless. With espionage work out of the question and the group having already attempted drug trafficking (and country music stardom), it’s actually pretty difficult to predict what sort of venture they’ll embark on next. Maybe they’ll open a food truck? I’d watch that.

Previous article
Bones Review: The Twitter in the Tripe
Next article
Interview with Grace Fong: Creator of ‘Game of Thrones’ Art Book, ‘Draw ‘Em With The Pointy End’