‘Wynonna Earp’ Season 2 Review: A Hilarious, Non-stop Adventure and it’s so, so Gay

Spoilers through Wynonna Earp’s first season and vague spoilers surrounding the plot of the first four episodes of the second season.

Remember at the end of Wynonna Earp’s first season when we were all, “THIS FINALE IS BANANAS” and couldn’t stop shrieking at how so many awesome and crazy things kept happening? Season two is like that, except after four episodes, I still can’t catch my breath. Syfy, Emily Andras, and Co. have upped the ante on Wynonna Earp and it’s such a fun ride.

It may have taken Wynonna Earp a few episodes in season one to find its footing but there aren’t any signs of a sophomore slump for the hit sci-fi show. Right from the beginning it picks up where season one left off, with Waverly firing off a gun at Doc Holliday’s head. Naturally, from the trailers we know that she doesn’t kill our favorite mustached friend, but that still doesn’t diminish the new dangers in Purgatory. No one is safe from being killed, maimed, or controlled by demons.

I won’t spoil all the details for you because it’s best if you enjoy the show for yourself, but here are a few highlights to tide you over until the season two premiere on June 9th.

At the end of last season, we watched Waverly touch a pool of black goo left behind by that creepy tentacled demon. As you can guess, Waverly isn’t doing so well with the changes. Deep down she’s still the Wavylays we love and she has a ton of great moments in the season, including a cheerleading routine that honestly I had to pause six or seventeen times for scientific research. And there’s a darkness in Waverly we haven’t seen before. Whether it’s how she truly feels or a consequence of the black goo remains to be seen, but the end result is that Dominique Provost-Chalkey can act her pants off. 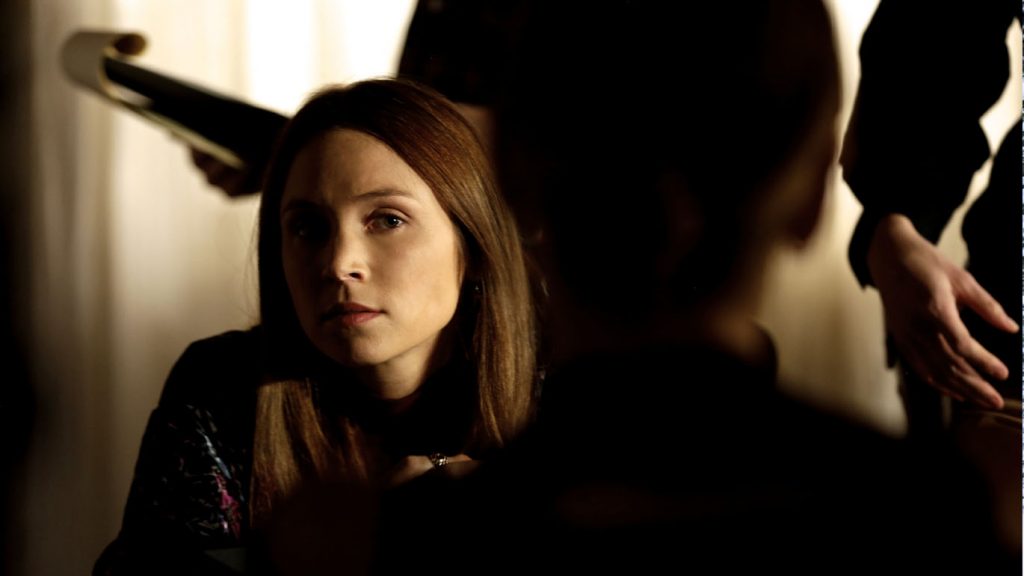 It’s hard to fill Bobo’s shoes (and coat) when it comes to being a villain, but boy does the Agent Lucado and the Black Badge Division do their damnedest to try. With the BBD and Lucado’s new importance comes a handful of new characters, including Jeremy, a delightful nerd who has a crush on one of our heroes. Lucado is also a delight as the antagonist for Wynonna’s crew. She’s not all bad and she and Waverly have some bonding moments that are quite enjoyable. Because of the introduction of the BBD, the creepy crawly side of Wynonna Earp has also increased. I’m not normally one to shy away from gross sci-fi but be forewarned: some of it is very, very disgusting.

Despite the more serious tone in Wynonna’s second season, the writers have upped the ante in their comedy game. The show never takes itself too seriously and that’s to its benefit because it gets CRAZY. I wanted to quote a few of the moments from the early episodes, but I quickly realized I was writing down funny lines from nearly every scene. Season one of Wynonna Earp had some great moments, mostly from Wynonna and Doc, but this year, everyone gets their zingers in, especially Nicole Haught. 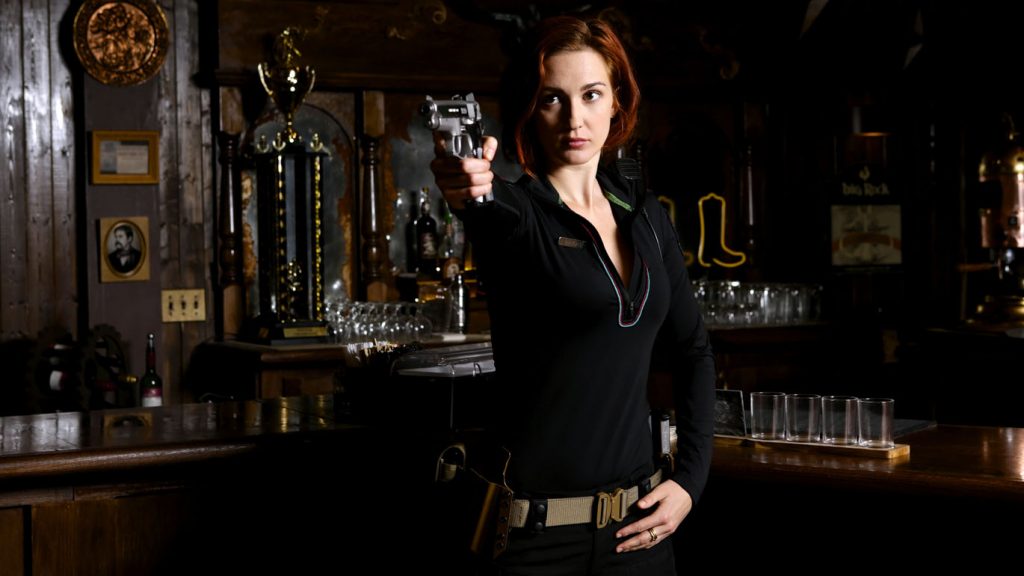 Speaking Of Officer Haught (And WayHaught)

Nicole gets a much more important role in season two. Not only is she dealing with Waverly’s new traits, but she also has to grapple with being a female cop in a small town, on top of all the nonsense with the Black Badge Division. Nicole isn’t the chipper cop from last season and she’s also feeling a bit angry at her current situation, which is even more exacerbated by her tenuous relationship with Wynonna.

(But that’s okay because WayHaught still gets plenty of adorable screen time. In fact, there’s a plethora of gay innuendo throughout the first four episodes and I, for one, was not disappointed in the slightest.) 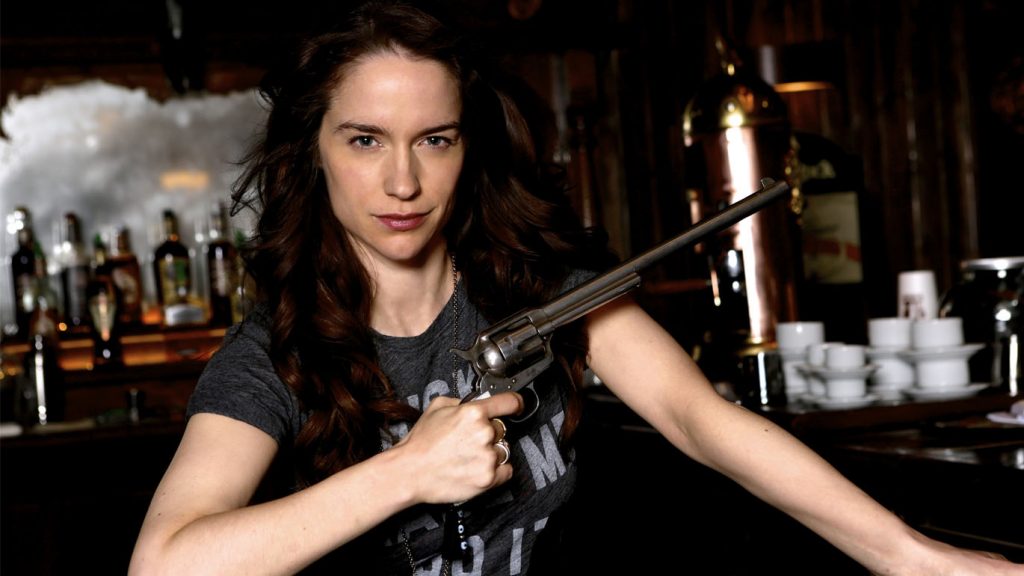 Not only does Wynonna blame herself for the shenanigans in the Ghost River Triangle, but now she’s been responsible for the death of Willa, twice, and the loss of Dolls. Because of the metric shit ton of guilt Wynonna has placed on her own shoulders, she becomes incredibly protective of Waverly. She’ll be damned in anything bad happens to her baby sister and unfortunately, that leads to a few tiffs between big sister Wy and girlfriend Nicole, as well as turning a blind eye to Waverly’s new traits. On top of that, Wynonna becomes almost self-destructive in her mission to rescue Dolls from the Black Badge Division. But don’t worry because Wynonna is gonna Wynonna and she hasn’t changed that much from the hero we know and love.

All in all, after four episodes, I can confirm that Wynonna Earp is BACK and it’s an absolute delight for all of the senses. Especially smell.

@theworkprint
Follow
Previous articleIn the Summer Premiere of ‘Shadowhunters’ Azazel is the New Villain
Next article‘iZombie’ Review: “Return of the Dead Guy”