‘The Walking Dead’ Renewed For Season 6 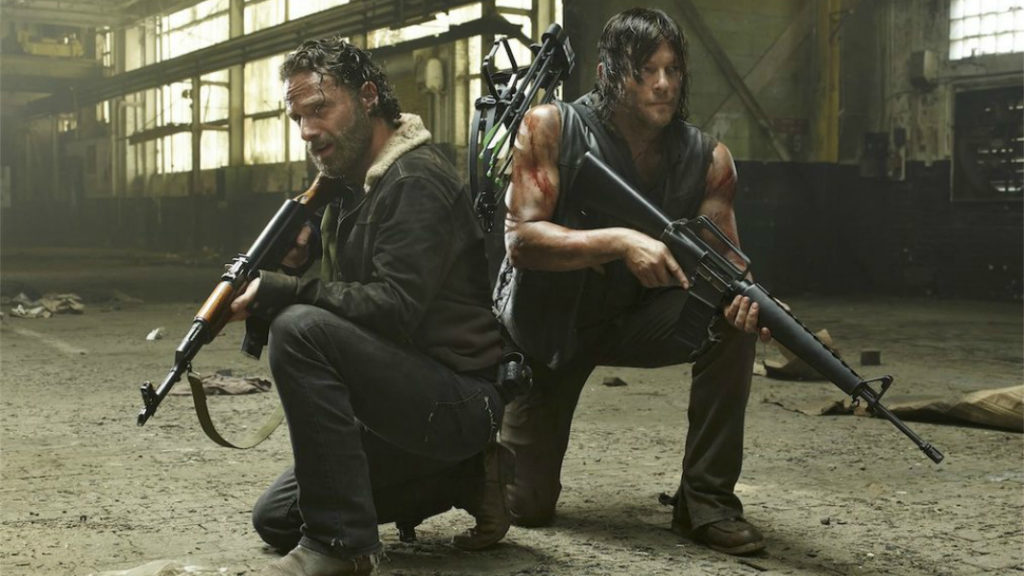 Cable’s zombie juggernaut, The Walking Dead, is set to premiere its fifth season this Sunday on AMC, but that hasn’t stopped the network for renewing it for a sixth season.

“We could not be more excited for October 12th as we share new episodes of ‘The Walking Dead’ with fans around the globe,” said AMC President Charlie Collier. “In advance of Sunday’s season five premiere, AMC proudly confirms a sixth season order of this extraordinary series. Thank you to Robert Kirkman, Scott Gimple, the terrific executive producers, and the entire team who brings this compelling world and these rich characters to life.  There’s plenty more Dead ahead thanks to their impressive, collective effort.”

AMC also recently announced that it has ordered a pilot for a potential companion series to “The Walking Dead,” based on a new story and new characters from Robert Kirkman.

Previous article
‘Twin Peaks’ Is Coming Back in 2016!
Next article
The Flash Speeds onto the CW in Spunky Style