The Flash Speeds onto the CW in Spunky Style 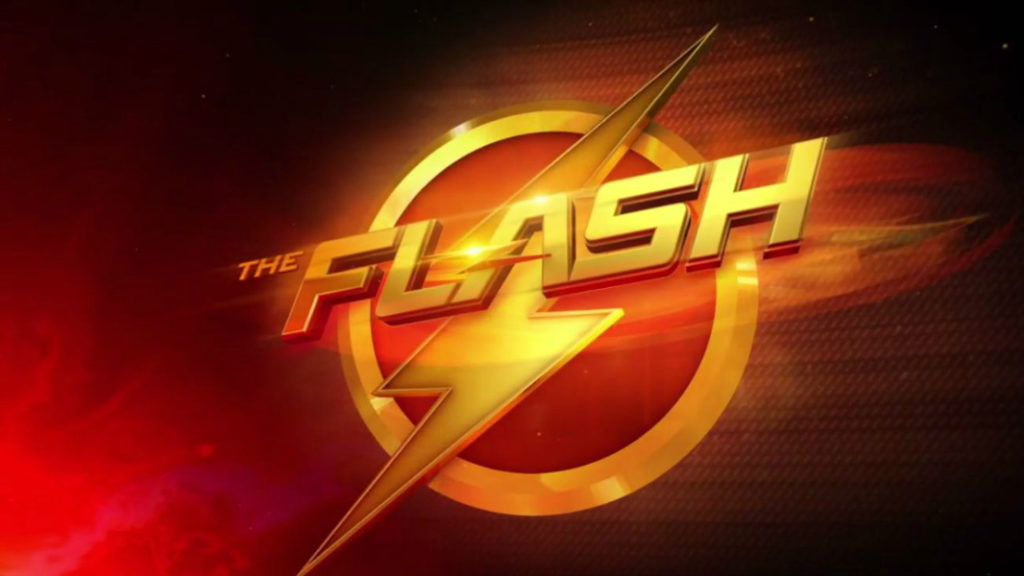 The ever-growing selection of comic book adaptations on TV added another title this week with famed DC Comics character The Flash making his debut on The CW with some of the network’s best ratings in years.

After zooming through the airwaves for 21 episodes in a short-lived 1990 series, this latest incarnation of the character actually debuted on the last season of the CW’s hit series Arrow when Barry Allen (Grant Gustin) aided Oliver Queen and company in a criminal investigation that lead to Barry discovering that the handsome billionaire was also the hooded vigilante known as the Green Arrow.

That particular appearance ended with Barry being blasted by an experimental particle accelerator exploding across town, which we all assumed granted the young Mr. Allen his famous speed capabilities.

This series premiere takes things back in time though to show viewers the night that the young Barry’s mother was murdered by some mysterious entity or force even though his father (TV’s original Flash, John Wesley Shipp) has taken the blame and sits in jail for the crime to this day.

We learn that Barry has since been raised by Detective Joe West (Jesse L. Martin) and his daughter, Iris (Candice Patton), who also happens to be the object of Barry’s hidden affections despite the fact that she’s currently dating the resident dreamboat cop (Rick Cosnett) who works with her father.

In addition to meeting these new characters, the first episode of The Flash also naturally deals with Barry discovering his new abilities as the fastest man alive, which also brings with it the added bonus of healing broken bones in record time. 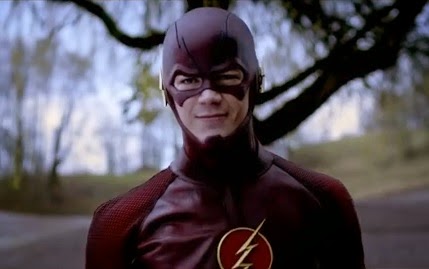 Barry is aided in this discovery process by a trio scientists at STAR Labs made up of Dr. Harrison Wells (Tom Cavanagh) and his two young assistants, Caitlin and Cisco (Danielle Panabaker and Carlos Valdes). Together they provide Barry with a futuristic firefighter’s suit to combat the extreme heat he’ll be encountering with his super speed. They also help him track down a weather-controlling villain who was also mutated by the particle accelerator explosion that gave Barry his power. It seems pretty obvious that this will be the source of many foes for The Flash a la the meteor rocks in the first few seasons of the network’s original comic book hit, Smallville. But even with a stolen plot device the big finale of this pilot episode dazzled with a stunning display of special effects that convincingly showed Barry in action and promised spectacular things to come for our blur of a hero.

This episode was packed to the gills with introducing new characters, exploring Barry’s powers, and taking down a new super powered villain but somehow it pulled it all off relatively nicely with only occasional stumbles into ham-fisted dialogue and moments of cheese.

It’s fairly clear that the intended audience for this series isn’t the same crowd who filled theaters for Christopher Nolan’s Dark Knight Trilogy or even those who tune in for it’s companion series, Arrow. The Flash seems to be taking a lighter, more family-friendly approach and maybe that’s okay. For years now we’ve been pummeled with depictions of superheroes that are “dark” and “gritty” and while I can enjoy those as well as the next comic book nerd, they don’t ALL have to be that way.

I actually admire The Flash for not following exactly in Arrow’s footsteps and setting its own tone. This won’t forgive future cases of lazy writing or wooden dialogue but as long as the series creators can keep the stories fresh and on par with Gustin’s charming portrayal of Barry Allen we should be in store for many seasons of fun and possibly an ever growing universe of DC Comics characters right there on The CW.