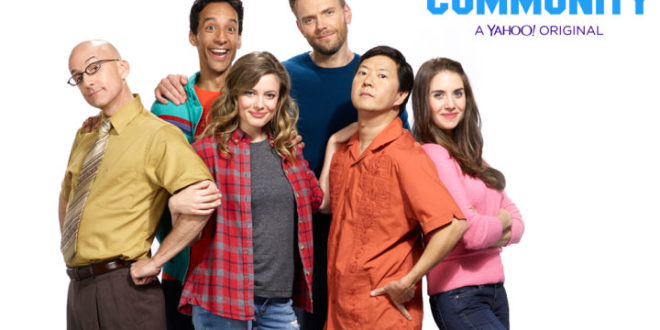 The First ‘Community’ Season 6 Trailer Has Been Released

Today we have our first look at the sixth season of Community with a brand new trailer.

To call NBC’s cancellation of Community at the end of the show’s fifth season a travesty would be an understatement. The series had come so close to its running joke of “Six Seasons and a Movie” and was cut short.

Thankfully, Yahoo, the most unlikely hero, stepped in and announced the series would continue under their Yahoo Screen application.

Bilal is the Editor-in-Chief of The Workprint. Follow him on Twitter @Bilal_Mian.
@Bilal_Mian
Previous ‘Man Seeking Woman’ Renewed for Season Two
Next ‘House of Cards’ Review: Chapter 27

Amazon Prime Video has announced that the second season of Tom Clancy’s Jack Ryan will premiere globally on Friday, November 1, 2019.