When last we left Frank Underwood, he was knocking his coveted class ring on the hardwood desk in the Oval Office. His scheming and manipulations had paid off, leaving him in the White House and us believing him a chess master of men. Season 3 of Beau Willimon’s epic continues, but not in the way we’d expect or necessarily want.

Frank briefly opens the season with all the swag and bravado we’ve come to relish, by literally pissing on his father’s grave. He then recedes into the background for the story to focus on a different character. 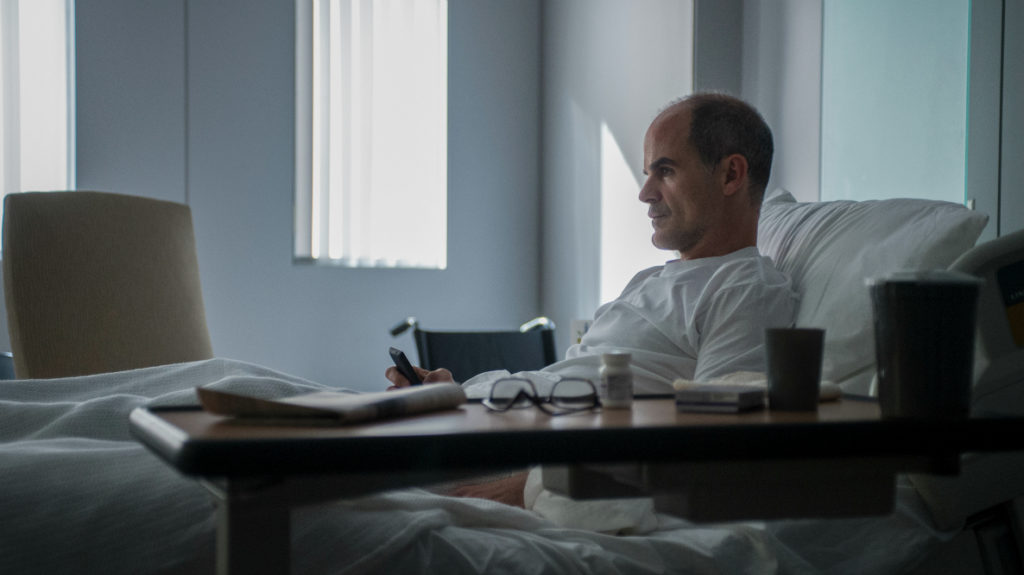 Thankfully, and here’s where the SPOILERS start – so get ready, a large portion of this opening is spent on Doug Stamper. Not in a way that leads to a D.C. Detective putting on their sunglasses before it cuts to The Who covering the now quintessential trumpet blasts that get me so giddy. But he’s in the hospital, recovering from a blow to the back of the head by the now ghost-like Rachel. We watch as he endures the recovery process; a lap-dog trying his best to get back to his master. One of the biggest disappointments at the end of season two was Doug’s presumed death. His removal from the show was further solidified among fans with his absence in this season’s promos. However, the slow reveal on him adjusting his shirt cuff was fantastic, and had me waffling between whether it was Raymond or Doug, until I saw his severe soldier-like expression staring straight ahead. Personally, I’m excited that Mike Kelly gets to continue this role as the President’s former Chief of Staff, and his performance should make him a household name.

The beginning heightens our anticipation, making us wait twenty-five extra minutes till we see Frank – or should I say “Mr. President” – as Commander-in-Chief. When we do, months have passed since Underwood ascended to power; he’s in full stride as the Prez, and doing a terrible job.

Say what? Yes, his approval rating is in the crapper, leaving Democrats sidestepping away and Republicans out for blood. Meanwhile he’s trying to get his beloved AmWorks – a jobs program that has the ability to piss off both parties by cutting entitlements and nationalizing jobs – up and running. The topic of unemployment is one of the many issues season three mirrors in regards to our own current political landscape. These allusions make the third installment better and more relevant than its previous iterations, even if some might find the overall story lacking.

Finally there’s Claire. (spoiler) Essentially the emotional antagonist throughout this whole season. Just like her paramour, her current title of First Lady isn’t enough and she’s seeking the role of Ambassador to the United Nations. It’s seemingly part of a prearranged deal made before the then happy couple ever stepped foot in the White House. Frank deflects her insistence on this appointment, wanting his own bills to pass instead. It’s here that we first see Claire’s desire  to be more than second fiddle. She strong arms Francis ambushing him while he sleeps, and all but demanding the position. 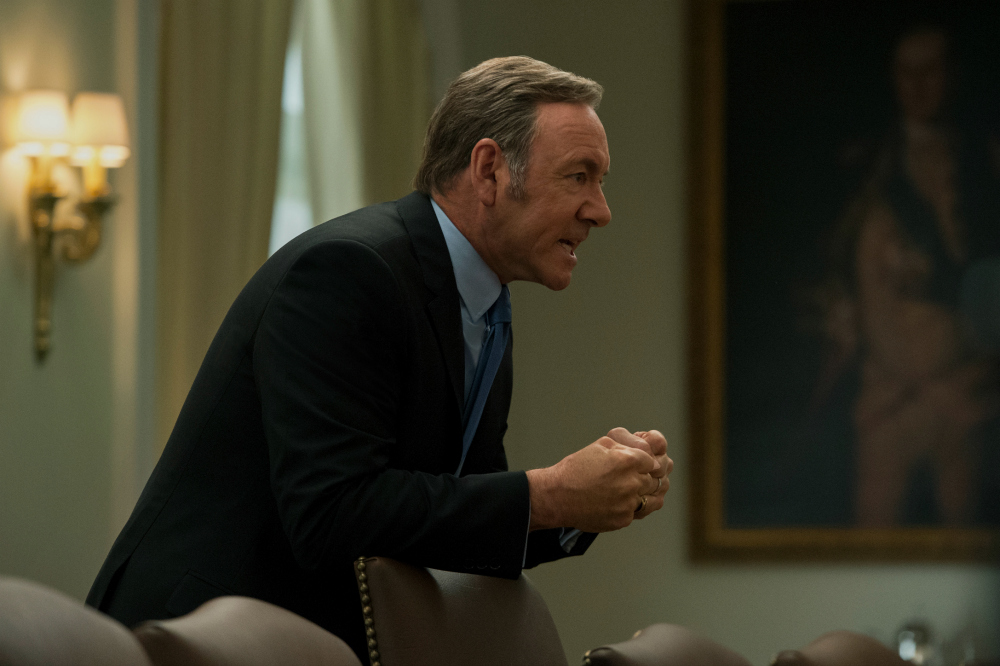 They’re interrupted by a need in the “Situation Room” where as President, Frank has to order the drone strike (another topical issue) on a building where a terrorist is currently residing. Despite possibly killing women and children in the process, he orders the strike. The episode closes with Frank and the First Lady ascending the stairs, passing a portrait of Henry Truman (a man who epitomizes hard Presidential decisions) on their way back to bed.

Unlike the opening to season two, this opening is reserved; and that’s a good thing. The first chapter in last season was great because it hinged on the surprise of Zoe’s death. Like other great TV shows, they did the unexpected. In the opening this year, they stayed true to doing the unexpected by countering last year’s opening. We didn’t have to wait until the end of the episode for Francis to look into the camera and talk to us, in fact, it’s the very first thing we hear. Also rather than kill off a main character, the writer’s brought Doug Stamper, a presumed dead-man, back to life. Like any good first act this foray into the season laid the groundwork for the many issues that will arise in later episodes.