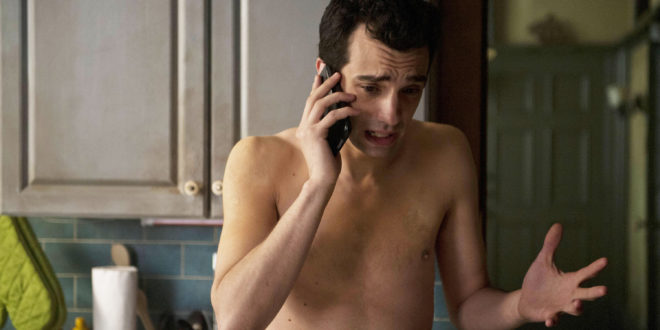 Josh’s hopeless love life will return next year as FXX has renewed Man Seeking Woman for a second season.

The half-hour comedy series based off of Simon Rich’s The Last Girlfriend on Earth: And Other Love Stories follows Josh (Jay Baruchel) through the world of dating and breakups while throwing him into surreal situations.

“Simon Rich has delivered an incredibly smart and original take on the search for love,” FX President, Original Programming, Nick Grad said. “Critics and fans alike have embraced his unique storytelling, Jon Krisel’s stunning visuals and the brilliant performances of Jay Baruchel, Eric André and the rest of the cast that has made Man Seeking Woman one of the best new comedies on television.”

Man Seeking Woman‘s second season will return in 2016 with a ten-episode order.

Bilal is the Editor-in-Chief of The Workprint. Follow him on Twitter @Bilal_Mian.
@Bilal_Mian
Previous ‘Man Seeking Woman’ Interview: Eric Andre Talks About The Mystery of Mike
Next The First ‘Community’ Season 6 Trailer Has Been Released