The Americans Review: What Happens Now?

For the second week in a row, I watched The Americans on FX without constantly warding off imminent panic attacks. Don’t get me wrong–I’m not complaining. The writers and cast manage to keep the tension at a low hum in the background and move certain storylines forward while letting the audience breathe a little. After the opening half of the season I think we all needed that. At least, I know I did.

On Episode 10, Stingers, some of Philip’s hard work with Kimmy pays off as their CIA mission kicks into gear. It’s mostly setup right now, along with some more moments with Kimmy that are more depressing than ever. The poor girl thinks no one cares anything about her and honestly. it seems like she might be right. It will be interesting to see how their relationship develops going forward and whether, given what he’s probably going to have to do to keep her on the line, Phillip (Matthew Rhys) will end up being that person who truly cares for Kimmy after all.

Note: I really, really don’t want him to sleep with her. I know it’s a silly thing to worry about or feel icky about, given what atrocities the Jennings’s have perpetrated over the past two and a half seasons, but there it is. I care. 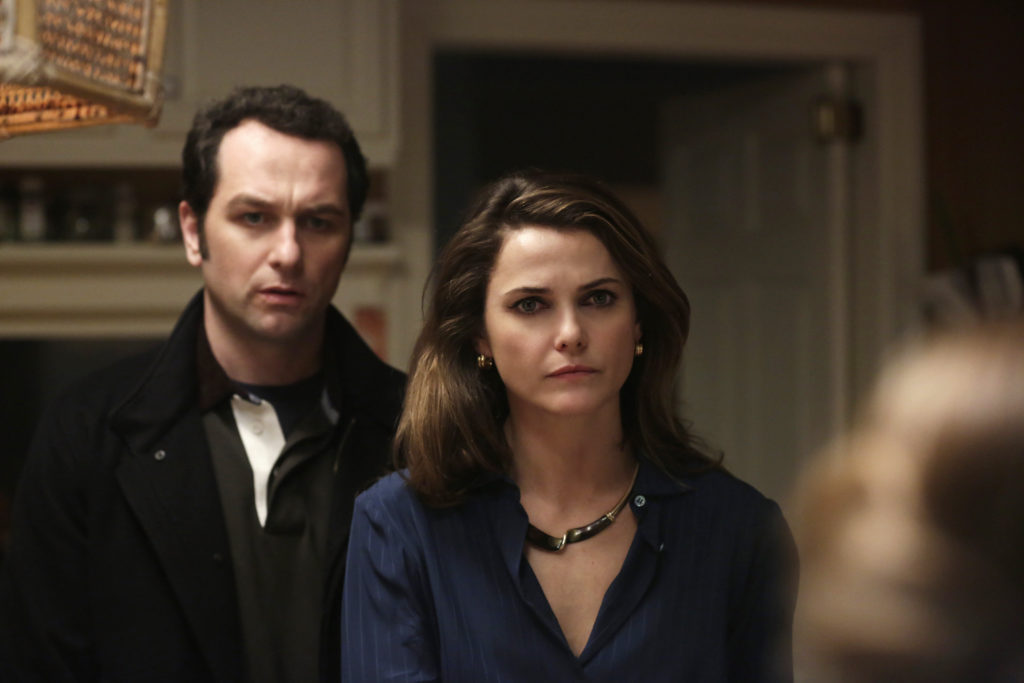 Stan is struggling to deal with his divorce, so there’s nothing much new there–nothing except the fact that he and Henry seem to be forging a bond made out of what’s lacking for each of them at home. Stan’s missing his family, Henry’s parents are never around. It’s only natural that the two of them might find common interests and begin to spend time together but Philip and Elizabeth (Keri Russell) don’t seem too thrilled about the development.

We get a brief glimpse of Nina (Annet Mahendru) digging into her assignment to find out whether the repatriated scientist is actually struggling to make headway or if he’s bluffing in an attempt to be let go. Her storyline has become one of my favorite on the show and I’m so relieved that they didn’t let it unravel after she lost her connection to both Oleg and Stan. And America. She’s a wild card, an interesting one, and I hope the writers continue to explore it past her (let’s hope) completion and release.

But I mean, does the KGB ever let anyone go? No. Nina’s in the service for the long haul, a fact I suspect she’s more than aware of by this point in her career.

The most interesting (and yes, anticipated) moment of the show came when Paige (Holly Taylor) surprise her parents (and us!) by confronting them about what they’ve been hiding. She knows that they’re not normal parents and that something is going on that she’s not privy to. When she demands to know why, Philip and Elizabeth tell her the truth.

Even though they don’t use the word “spy,” Paige is a bright girl and she figures it out on her own. She doesn’t yell or scream, just goes to her room and lays down;. The next morning she stays home from school, which her parents allow her to do alone after some intense consideration. She asks them to speak Russian but poses no other questions. They remind her that if she tells anyone about them, they’ll both end up in prison. 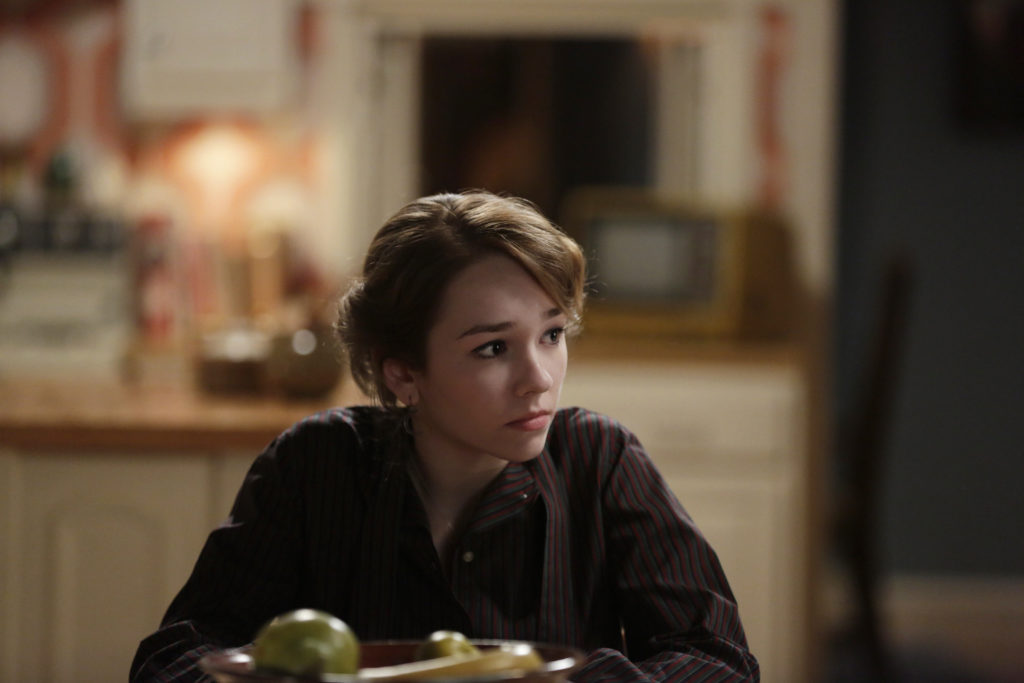 Despite the warning, Paige places a phone call to Pastor Tim. He’s become a huge influence on her life and his appearance at the travel agency earlier in the episode (during which he gives unsolicited parenting advice to Philip) seems to point to the fact that he’s inserting himself into her life–into all of their lives. I can’t help but think this is going to be bad for his health, since we know things about her parents that Paige doesn’t.

Like, they’ll be far more likely to kill Pastor Tim if it comes to that than end up in prison.

We’re left with a lot of questions in the final scene, one in which Stan (Noah Emmerich) joins the Jennings for dinner. Paige watches him, a funny look on her face that suggests she’s just realizing the implications of this knowledge on her life–or maybe wondering if she’s going to tell someone, maybe Stan should be her first choice.

How is Paige going to react? We know Elizabeth, at least, plans to approach the subject of her joining the KGB at some point, and that looming on the horizon has to make everyone nervous. If I were writing the show I would have her go to the FBI only to have them recruit her and send her home as a counterspy. That would be awesome.

Another small tidbit related to Stan (one that’s far more interesting than his divorce moodiness, in my opinion)…he seems to have remembered something in relation to Martha and the bugged pen being planted in their boss’s office. That could go very bad, very fast and if we were worried about poor Martha a few weeks ago, the next few episodes could be rough.

Sound off in the comments with your own theories about how this season is going to play out – I’d love to hear them!

@theworkprint
Follow
Previous article
The Blind Leading The Blind – What to Read Before You Watch Daredevil
Next article
I WILL GO DOWN WITH THIS SHIP: More Captain Marvel Speculation