Back in October, I was able to attend Netflix’s Daredevil panel at New York Comic Con. The footage shown during the panel and the ensuing discussion with the cast and crew was nothing short of amazing. As we left the exhibition hall, I was incredibly excited by what I experienced and my expectations were through the roof for the series. As such, I went back and delved into the mythology and who Daredevil is at his core. Before you binge watch the series hitting Netflix on April 10th, this is what you should read to get a feel for the tone of a very different type of superhero.

Daredevil is Matt Murdock, a lawyer by day, crime fighting vigilante by night. His only super power is a ‘radar sense’ that substitutes for the sight that he lost when radioactive waste was spilled on his eyes as a child. Additionally, his hearing, touch, smell, and taste are incredibly heightened. As a child, he was bullied and harassed for his disability, but his father taught him never to retaliate, and to study hard. While doing so, he found a mentor, “Stick,” who has similar powers and trains him in martial arts. As if his childhood wasn’t enough, his father, a boxer, was murdered by the mob because he refused to throw a fight. Upon his death, the adolescent Matt Murdock used his skills to hunt down the men who did this with a vengeance.

Why You Should Read Daredevil?

Yeah sure, the Avengers are based in New York, but that’s not their main focus. Spider-Man has New York, too, sure, but it always just feels like he’s in a major city. Daredevil is based in Hell’s Kitchen, a neighborhood in the midst of being gentrified, but even in recent memory, the neighborhood was a cesspool. Hell’s Kitchen was the type of place you avoided if at all possible, and if you had to go, you made sure you went in broad daylight, looking over your shoulder.

Hell’s Kitchen is as much a character in Daredevil as anyone else.  It defines Matt Murdock because he was born, raised, and orphaned there. Daredevil was then born from the taunts Murdock suffered as a kid, from the beatings endured, and ultimate the sense of justice that instilled. He tries to save someone every night, and that someone is sometimes himself. He deals with his own troubles, his love life, his work, his depression, and being a vigilante takes a toll on him.

Balance that with being a devout Catholic, and Matt Murdock is one of the most grounded characters in comics. His villains don’t try to take over the world, just his world. The Kingpin is to Daredevil as the Joker is to Batman, except the Kingpin brings the banality of the real evils we hear about in the news to life making him a much more believable villain. 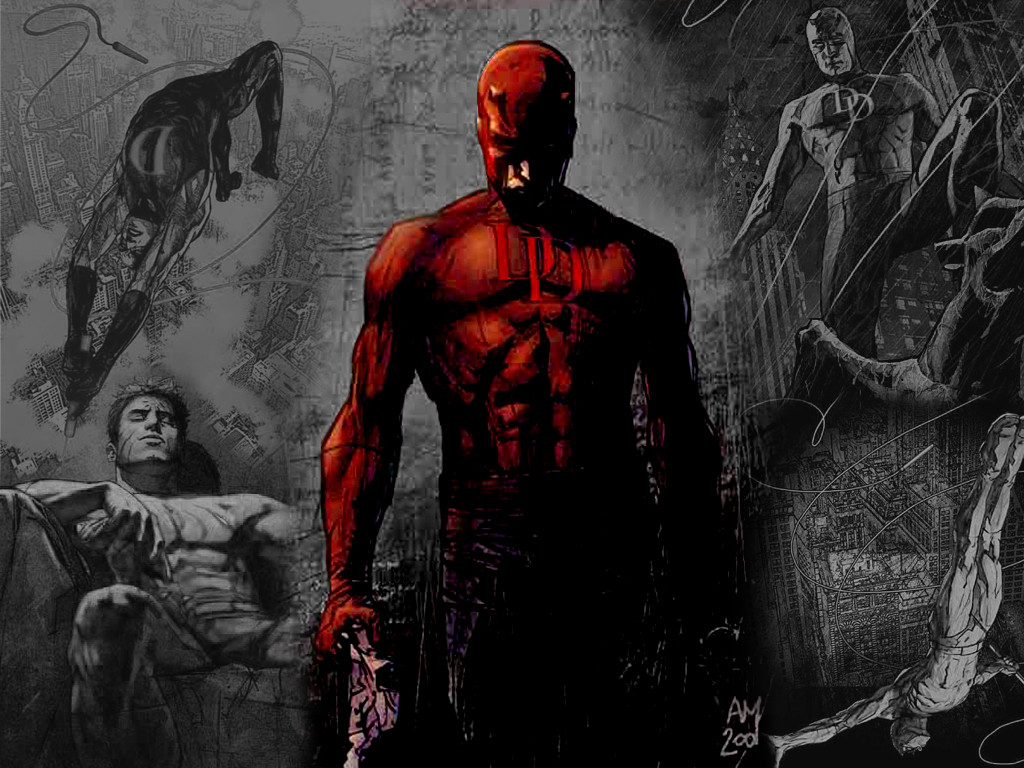 Daredevil: The Man Without Fear

This seminal work by Frank Miller redefined Daredevil’s origin story. In costume, Daredevil only appears maybe twice. Instead, Matt Murdock is the focus of this book, and Miller focuses on what defines him, and why he dons the mask every night. During the New York Comic-Con panel, this book was cited multiple times as the source material for the Netflix series. You cannot begin to delve into Daredevil unless you read this. 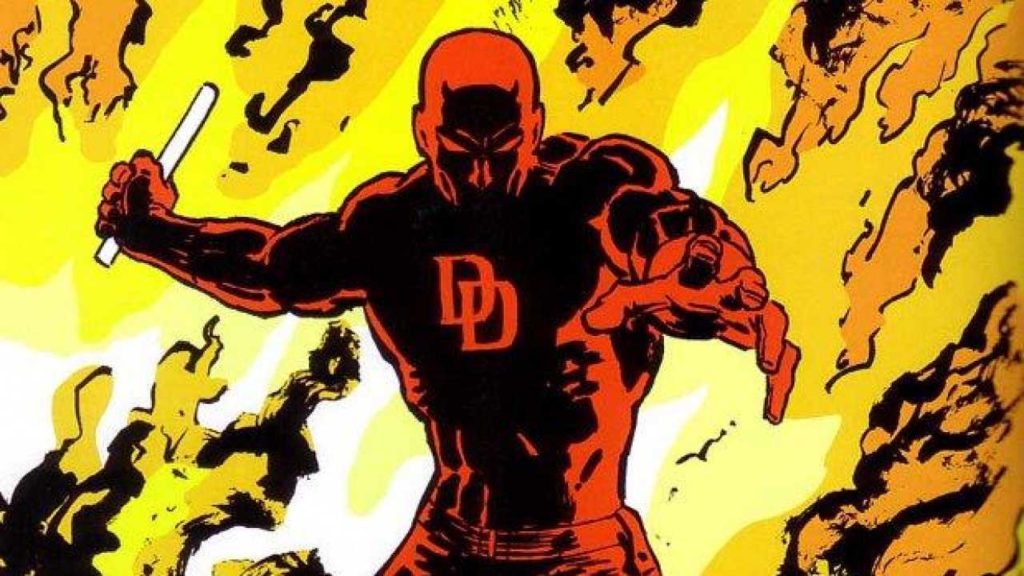 Again, Frank Miller at work here. You see the Kingpin against Daredevil, two arch-nemeses at each other’s throats, no holds barred. Matt Murdock is revealed as Daredevil, making both of his personas a living hell. Unfortunately for our hero, there is no magic in Hell’s Kitchen that makes people forget, only dire and real consequences for a vigilante where the law is pursuing him, and the criminals are one step ahead. 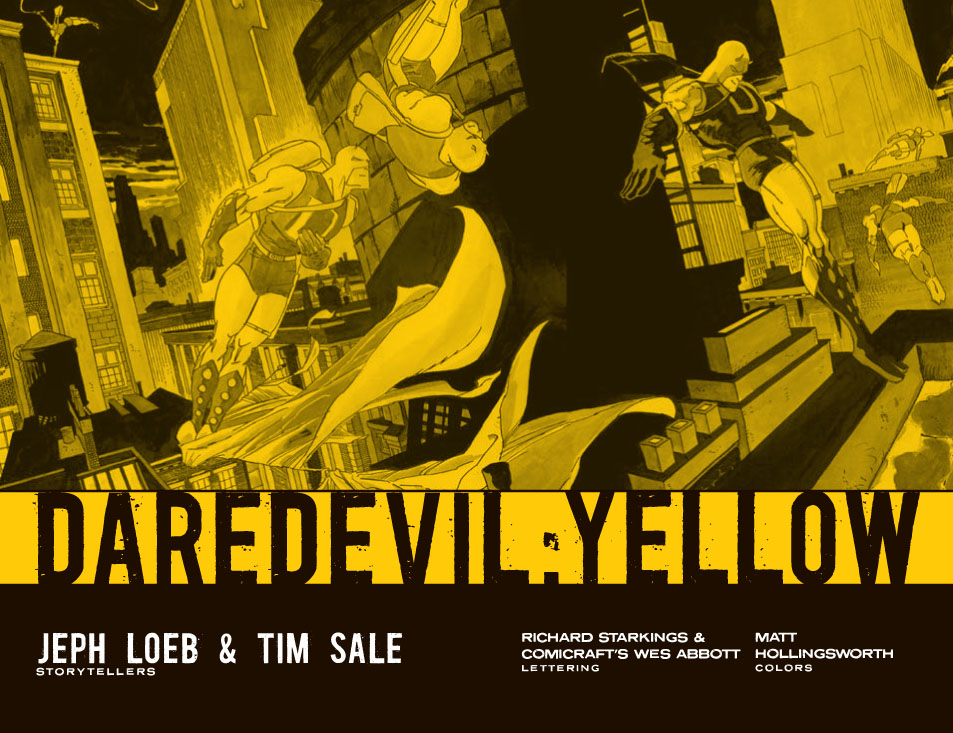 We’re going to take a quick detour here from the dour intensity, and work our way to the early part of his career, when Murdock meets Karen Page, a love interest before becoming well, let’s just say she becomes a lot of things. Think of this as a palate cleanser for all the darkness that is to come. The book follows Matt and Karen as they start to fall in love, when being Daredevil was new, and when Matt still had hope for a happy ending.


Hopefully, this will serve as a bit of a primer for those of you who want a bit of knowledge before diving into Marvel’s Daredevil. I believe this series will be groundbreaking and since it’s not on network TV, the series can be true to one of the most groundbreaking heroes that defined an era in comics. Forget Ben Affleck’s Daredevil, and get ready for one hell of a ride.