First thing’s first, I did NOT like this week’s episode of Teen Wolf, ‘Raw Talent.’ Were there parts of the episode I loved? Heck yes, but overall, this episode DRAGGED for me. I spent most of it wondering ‘is this over yet?’ My notes for this review is literally titled: “UGH.” Part of the problem might be that I watched the Season 2 finale of Teen Wolf right before watching ‘Raw Talent’, so I was reminded of a lot of my favorite things about the show that no longer exist (like ALLISON). 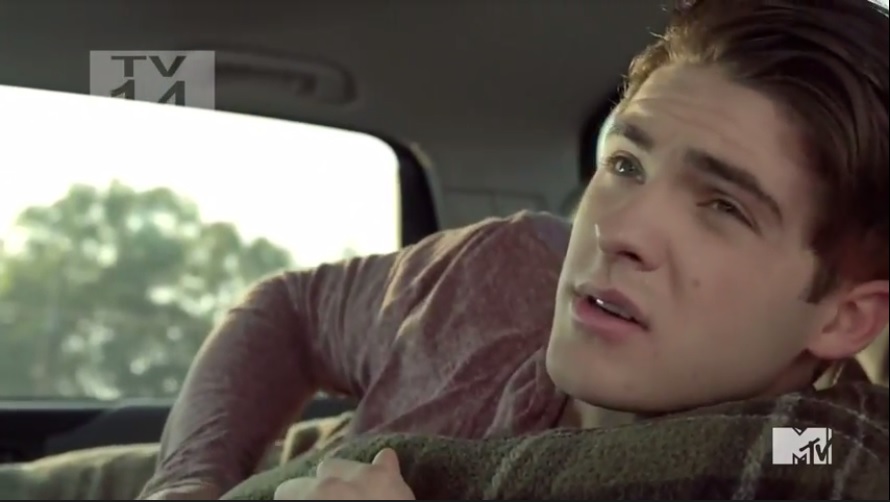 Theo Is Homeless And I Don’t Care

‘Raw Talent’ opens on a montage of Theo sleeping in his car while being told to move by Beacon County police officers. I don’t care about Theo at all, but the sad music playing over this montage means Teen Wolf is clearly trying to make me feel bad for him.Why doesn’t he leave Beacon County, or, why doesn’t he make like Derek and hide out in an abandoned building, subway tunnel, or some other equally decrepit place? During this montage he’s calmly watching a spider as it crawls along his arm before BURROWING UNDER HIS SKIN.  In my review last week, I specifically asked Teen Wolf not to make spiders a thing this season. Did they listen to me? Nope. Theo breaks into the animal clinic (wasn’t this place lined with mountain ash so random supernatural creatures can’t just break in?) and basically stabs the spider out of his body. When the spider goes up in smoke (yes, you read that correctly), Theo heads back to his car and stares longingly at Scott’s name in his contacts. Before he can decide whether to call Scott or not, Theo’s car is surrounded by hunters and repeatedly shot at. Is Theo dead? I don’t know. Do I care? Honestly no. 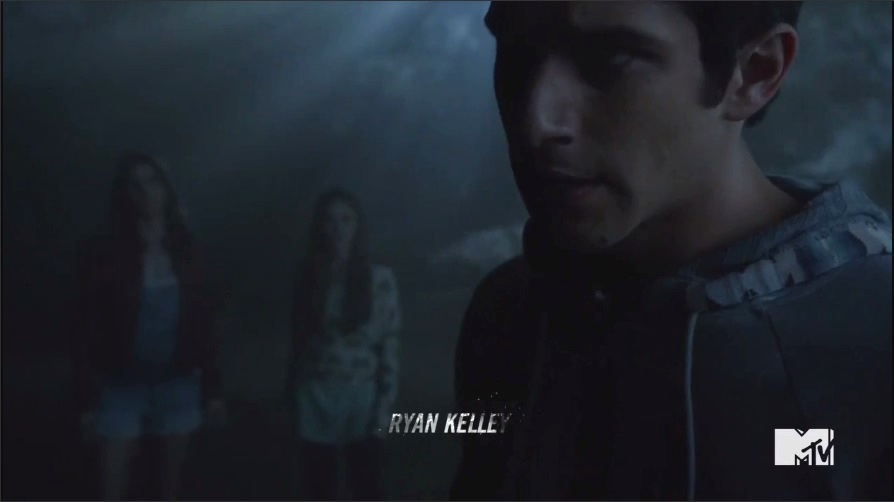 Team Wolf (Get It Guys?)

Lydia, Scott and Malia are still in the woods at the same spot they found the Argent bullet in the previous episode.  Scott keeps having flashbacks to things that happened in Season 1, when the teens find themselves surrounded by hunters. When Scott attacks, he discovers that he was imagining hunters and he’s actually attacked Sheriff Stilinski and his deputies. Scott’s lucky he didn’t hurt the sheriff because even though Dylan O’Brien isn’t in this episode, Stiles would have been PISSED. I did love the scene after the sheriff lets them go of Lydia, Scott and Malia in the car asking each other ‘why didn’t you say anything?’ about the bullet. They’re seemingly protecting Chris Argent, which I think is pretty cool.

While Lydia goes to hang out with Parrish, Scott and Malia try to track down Chris. After hacking into Argent’s computer (his password is Allison), they figure out that Argent is selling guns and show up to the sale to find him. As Team Wolf arrives, Argent warns the fake military men he’s selling guns to that he has backup, only to find that Malia and Scott had accidentally taken out his guy on the inside. It was hilarious. NEVER CHANGE YOU GUYS. When Scott brings up the bullet, he says “I haven’t stamped a bullet since Allison died” and my stupid heart breaks in half. Malia and Scott head back into the forest to look for the bullet slug and they have a cute heart to heart about Malia being worried about Scott. Chris shows up to help them and oh damn the bullet is made of silver which a real hunter would know is just a myth. What does this mean?? 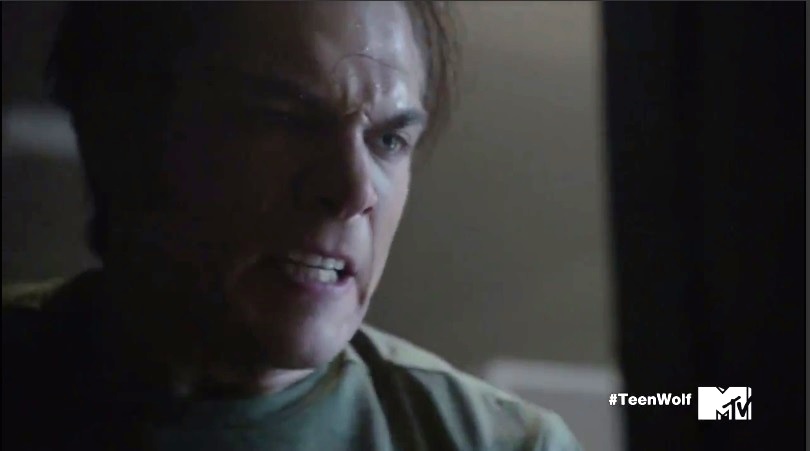 Liam Is A Hot Mess

Liam is trying to cement his place as the next Scott McCall by teaching baby-faced little freshman how to make the lacrosse team first line, even though Mason correctly points out that the only real way to do that before Junior year is to become a werewolf. One of the baby lacrosse players is in the locker room alone and I immediately know something terrible is going to happen to him. Oh hey, what do you know, his lacrosse helmet is full of spiders. Should we just rename this show ‘TEEN SPIDERS?’ Did we learn nothing from the Hellmouth in Buffy? Honestly, maybe it’s just time to burn down Beacon HIlls.

Brett agrees to help Liam train Beacon Hills’ lacrosse team, even though I’m pretty sure he plays for one of their rivals. He basically schools Liam on the lacrosse field, and Liam loses control, AGAIN. He runs to the locker room and sort of says his mantra, but mostly punches a locker until he feels better. Why do all the werewolves have control issues? Mason and Corey show up to talk to him and they all notice blood seeping out of the locker room. Don’t worry guys, a freshman got eaten alive by spiders in here, just a normal day in Beacon Hills. They find a body in the showers, but it’s unrecognizable. Since they can’t tell whose body it is, they’re just sprinting around the school trying to figure out who from the lacrosse team is missing. The guy we saw get attacked by a helmet full of spiders is found perfectly fine, studying for a history test in the dark. Seems sketchy to me. Also if he’s alive, whose body was that? 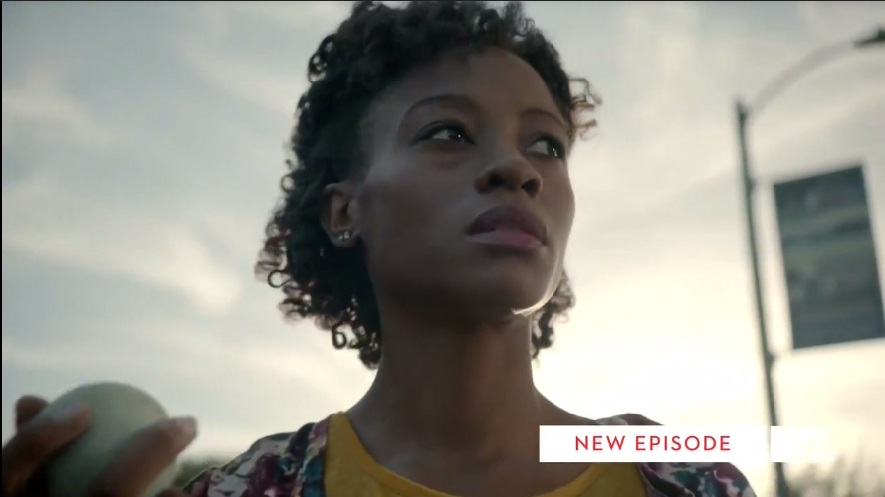 The guidance counselor who is maybe an Argent or maybe a hunter, but definitely a killer, is obsessed with getting Liam to come talk to her about his feelings. Luckily for her, Liam’s having a no good, very bad day and is considering her offer. When she walks into her office and finds a knife stuck in her desk and a Sun Tzu quote on her whiteboard she seems inspired instead of terrified. I think I’d be terrified. She later finds a lacrosse ball with claw marks on it and somehow makes the connection that Brett (no other lacrosse players, just Brett) is a werewolf. She tracks him down after practice and throws him a lacrosse ball laced with Wolfsbane because I guess you can’t just straight up shoot a teen in the parking lot at school. I’m confused about what the guidance counselor knows at this point because she says to Brett “I have nothing against you personally, but you don’t deserve to have this kind of power. You don’t deserve to terrify people,” but then she seems confused when he heals. He manages to slice her in the neck and get away momentarily, but she tracks him into the woods. 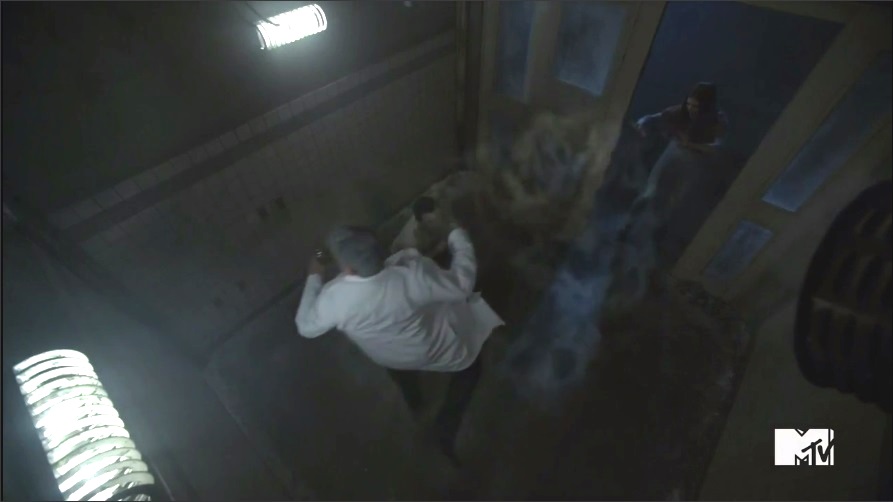 Parrish and Lydia seem to be as tired as I am of Eichen House, so that’s something. When Lydia says she wants to go back because of what the voices told her, Parrish rightfully points out that every time she goes to Eichen House someone tries to kill her. Unfortunately, his reasonable streak stops there because he volunteers to go himself. ALONE. I know supposedly Hellhounds can’t be killed, but we literally just watched one be killed last week. Parrish doesn’t care and charges into Eichen House with the help of the head doctor. They’re trying to get into the closed ward when Parrish hears a creepy girl’s voice saying “help me.” This seems like a trap, but Parrish bursts in anyways, and the doctor runs away. Parrish hears the voice say “It’s here,” and once again I am praying that the IT isn’t a giant spider because that really feels like the way this season is going. We don’t find out what it is because Parrish discovers that the head doctor actually killed everyone in the closed ward and is planning on killing him as well. Lydia tunes the police radios to her Banshee frequency and knows to go to Eichen House to save Parrish. Off she goes in heels, seemingly very late at night, but don’t worry, the gate is unlocked. Lydia rightfully has flashbacks to her traumatic time in Eichen House, but hears the head doctor talking about how he has to kill Parrish because he doesn’t want to be afraid anymore. She shakes herself out of it, and uses her banshee super scream powers to save Parrish. 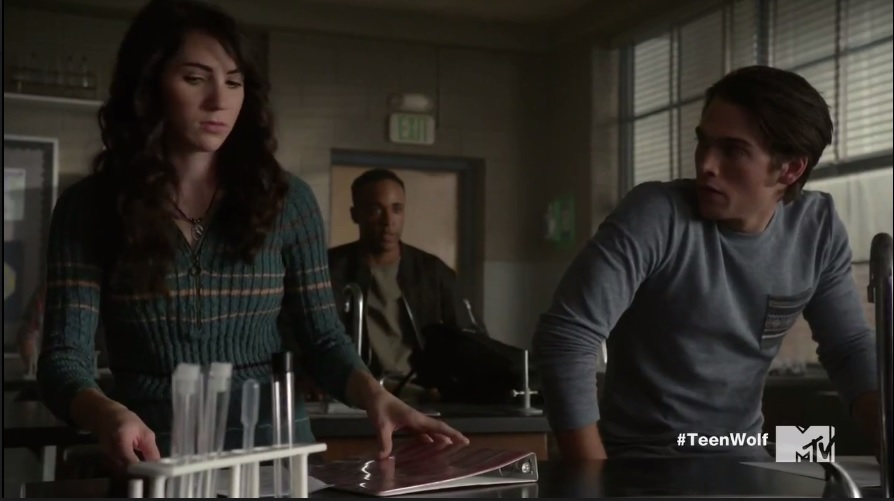 I guess this season is about FEAR. I fear spiders

Scott, Malia, and Lydia connect the dots between all the recent incidents and come to the conclusion that it’s all about fear. I guess it makes sense that Liam might be losing control because he’s afraid of losing control. Scott says “everyone is afraid of us.” It is unclear whether the “us” he is referring to is supernatural creatures, or specifically THIS pack of supernatural creatures. As the camera shows everyone in Beacon Hills High seemingly afraid of Liam, we cut to the guidance counselor about to be killed by Brett until someone shoots him with an arrow. For a split second my heart soared, I forgot she was dead and thought it would be Allison, back to save us all. But of course not, it’s GERARD.