The competitors make their way out to the club where, as expected, alcohol induced drama ensues. It all begins when Johnny offers to buy Cory a bottle of vodka, with the money he is gonna win when he wins The Challenge. Cory does not appreciate this statement very much, and both boys start pumping out their chests. Before the pair drops their pants to measure, Nelson comes in like a bat out-of-hell to defend his boy Cory, shoving a security guard in the process.

Don’t worry though, Nelson doesn’t get kicked off the show because shoving a security guard isn’t an ejectable offense? I cannot wrap my head around how production decides whether or not a cast members assault is worthy of them being sent home. He straight up shoved a security guard. Either way, Nelson’s incident prompts the cast’s journey back to the house, where– wait for it– more drunken drama ensues! 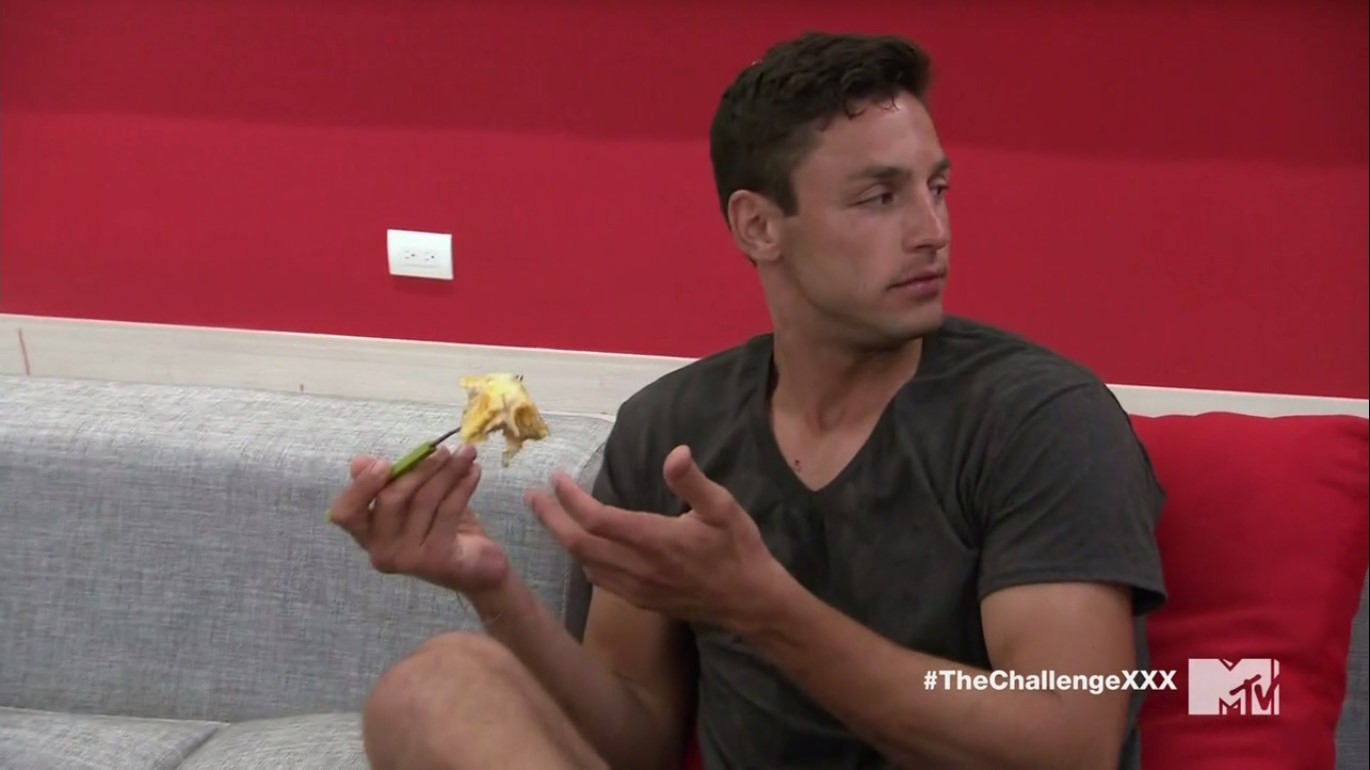 When they arrive home, it is Tony’s turn to take the reins on the drunken mayhem. After making himself some drunken, nasty eggs, Tony looks Cara Maria straight in the eyes and tells her:

Cara Maria has no idea how to react because how the hell do you respond to that comment. Instead, she tells Tony that he is a shitty player and that given the chance she will send him in. She ends her mini monologue with something along the line of “ I guess I look like your mom at sixty.” This last comment, and only that last comment, hits a nerve with Tony. Tony is so drunk that he forgot what he previously said to Cara, and then goes mental when she repeats his words back to him.

After Johnny, the designated Tony whisperer, calms Tony down puts him to bed he tells Cara Maria that Tony has mommy issues so that is a touchy subject (which, again TONY FIRST BROUGHT UP). Also, I am not sure if you know this, but Tony has two daughters. I am not sure what Tony being a father has to do with the situation, but it does lead to the best line of the night:

Cara Maria: “It’s not my fault you don’t know how to use a condom.”

It makes me sad to see Tony get blackout drunk like this. I was so impressed with the willpower to stay sober last season on Invasion, and how dedicated to being a better person. Even TJ, who praised Tony on his transformation last season, was upset to hear about Tony’s drunken actions.

The winning team from last week’s challenge gather to discuss who to send into the Presido where they have narrowed the candidates down to two guys and two girls.

Ammo and Tony are the two guys being considered. The arguments for sending in Tony is that he is sucking, and everyone is pretty sure he even tackled his own teammates during The Battle Royale. The argument for sending Ammo in is that some of the guys think he is the weakest player. They are also confident that if any of the guys pull the Double Cross, Ammo will be the first name out of their mouths. In the end, it is Leroy who give the most substantive argument for sending in Ammo: if they throw Ammo in, the other guys will have to show their cards regarding who they are going to save. Leroy is very impressed with his logic.

Leroy: “THAT’S WHY I’M ONE OF THE SMARTEST PLAYERS IN THE GAME!”

For the girls, Kailah and Camila are on the chopping block. It is obvious that both of these girls are strong competitors, and no one wants to have to face them in elimination, but there are additional reasons why these two are being considered. With Kailah, the girls are threatened by her friendship/alliance with Jenna likening them to the imaginary power couple that was Derrick H and Tori. For Camila, everyone is questioning where her loyalty lies, and if they can trust her. This is where Cara Maria chimes in warning everyone that if they vote Camila in this early, the threat of the Camilinator emerging is very high.

TJ beckons everyone to the living room for one of my favorite elimination voting scenes ever on The Challenge. 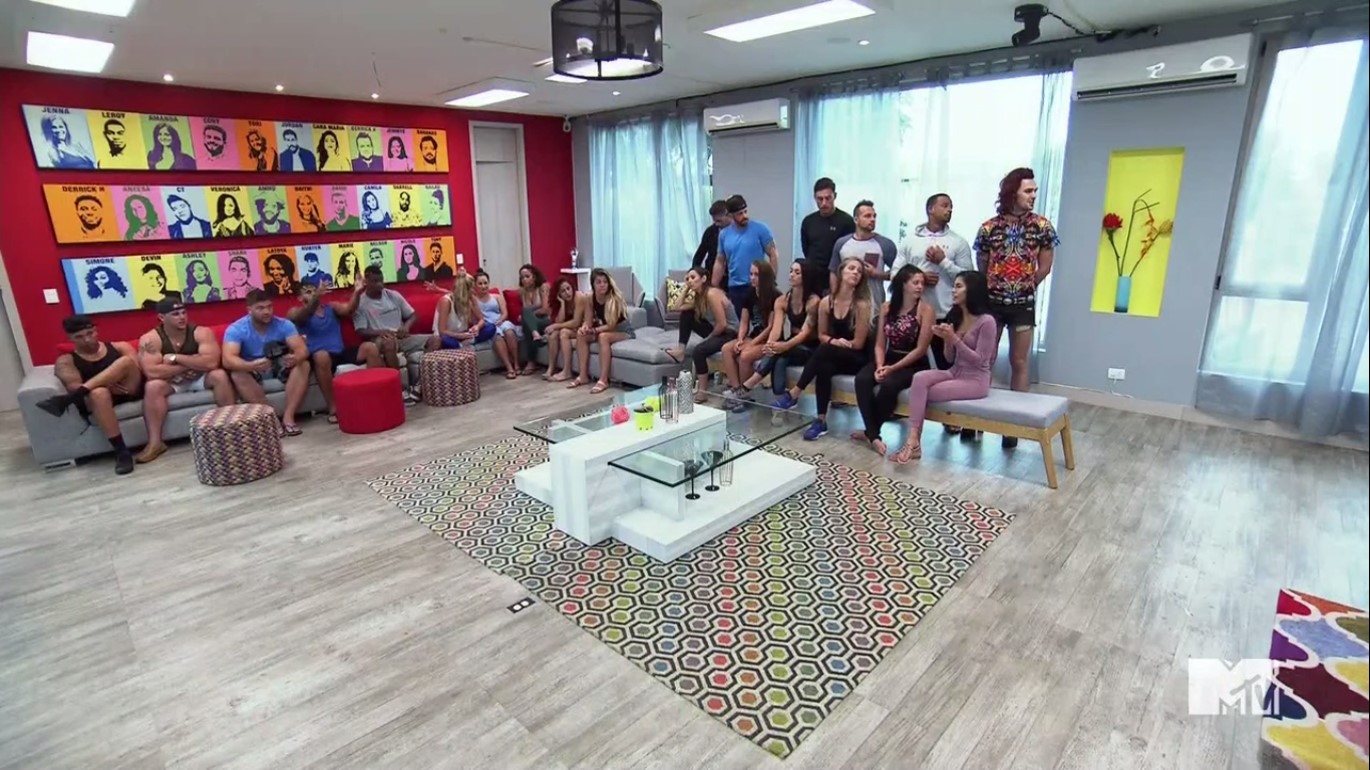 It begins with Cara Maria delivering a speech about how she really wanted to vote for Tony because a) Ammo has outperformed Tony b) Tony is rude to women c)Tony sucks and she never ever wants to be partnered with him. That said, if Tony was voted in, all of the losing guys would say Ammo’s name thus she will vote for Ammo.

Next, it is Leroy who gives an impassioned speech alongside his vote:

Leroy: “My vote is for Ammo. I don’t think that you’re a shit player because the very first challenge I came in damn near last. Don’t take this game too serious. It’s the Dirty Thirty, we’ve all been playing dirty from day one, and now we all just got exposed.”
TJ: “That might’ve been the realist pick I’ve ever heard in my life.

Leroy even gets a round of applause from everyone in the house after his monologue. I just love Leroy, he is a fierce competitor but is also caring and tries to be considerate.

The voting for the girls was less eventful and Kailah was voted in unanimously.

Jemmye and Nelson draw the Double Cross and send Jenna and Tony into the Presidio, respectively, to compete in The Great Escape. In this elimination, each player will have to climb up a 20 ft tall wall using climbing picks. The catch is that the hole for the picks are hidden so they have to poke those picks to find the holes. The first to reach the top and dump mud on their opponent wins. 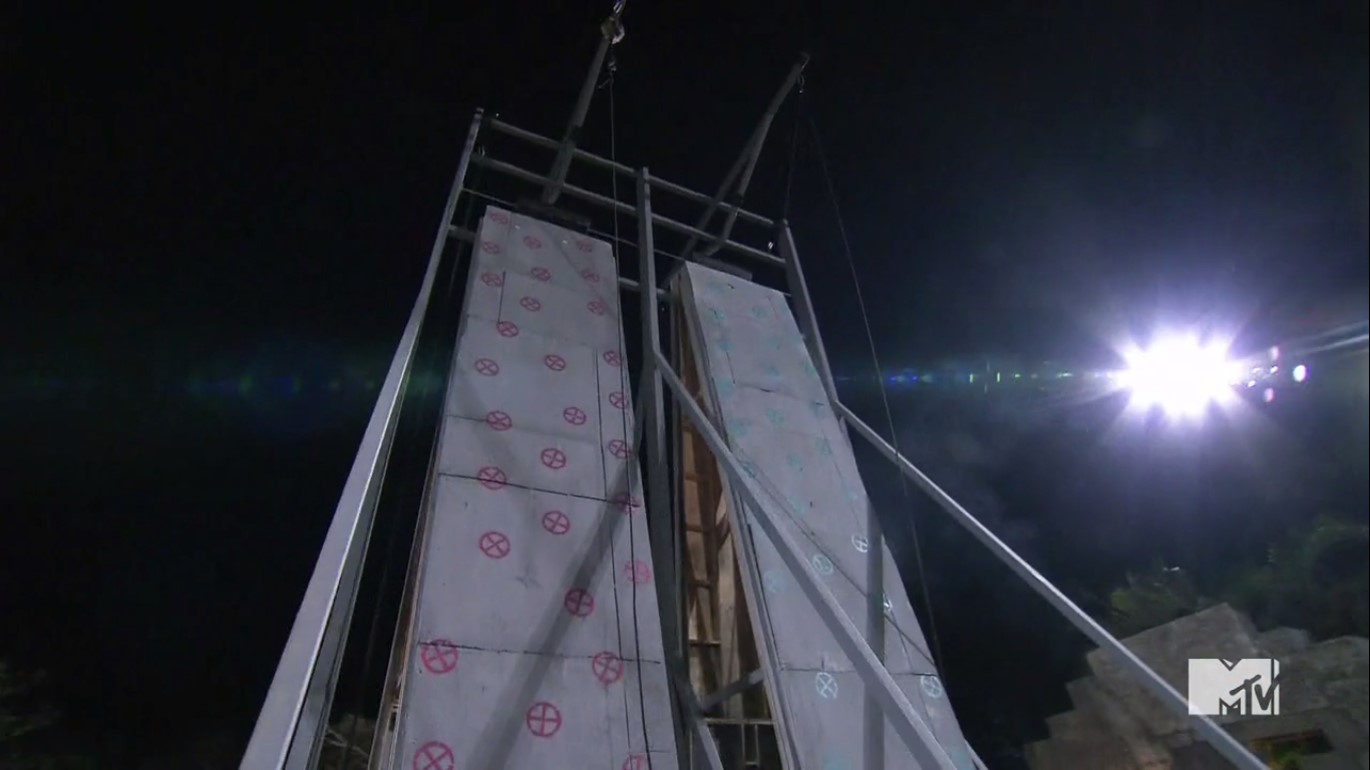 Kailah vs. Jenna
Jenna is completely blindsided at being sent in especially because she saved Jemmye after The Purge. Let’s be honest though, Jemmye is the LAST person I would expect to keep her word and be loyal. Jenna is more upset that she has to go against her bestie which means even if she were to win, her best friend would be sent home. Kailah is so upset she even starts tearing up before the competition. This may be the most epic Besties Elimination Challenge since Evelyn vs. Kellyanne in The Ruins. In the end, Kailah out climbs Jenna for the win, and she returns to the competition heated and ready to knock bitches out.

Ammo vs. Tony
Cory is pissed that Nelson took the easy way out by sending in Tony instead of Johnny. Nelson claims that he was obeying Ammo’s wishes to go against the guy who was the drunkest the previous night. Apparently, Ammo was joking when he said that, but how was Nelson supposed to know that? Nelson is learning a hard life lesson here: you can’t please everyone (or sometimes anyone). In this nail biting matchup, Tony quickly climbs to the top of the wall, but before he is able to knock mud onto Ammo, falls all the way to the bottom. This gives Ammo the opportunity to gain ground and ultimately win the elimination.

Tony is devastated by the loss, and my heart broke for him a little when he and his puppy dog eyes told the camera ‘Maybe these challenges just aren’t cut out for me.”

Dude, the Redemption House looks like a fucking blast. They get to go outside, explore, and day drink around Colombia. 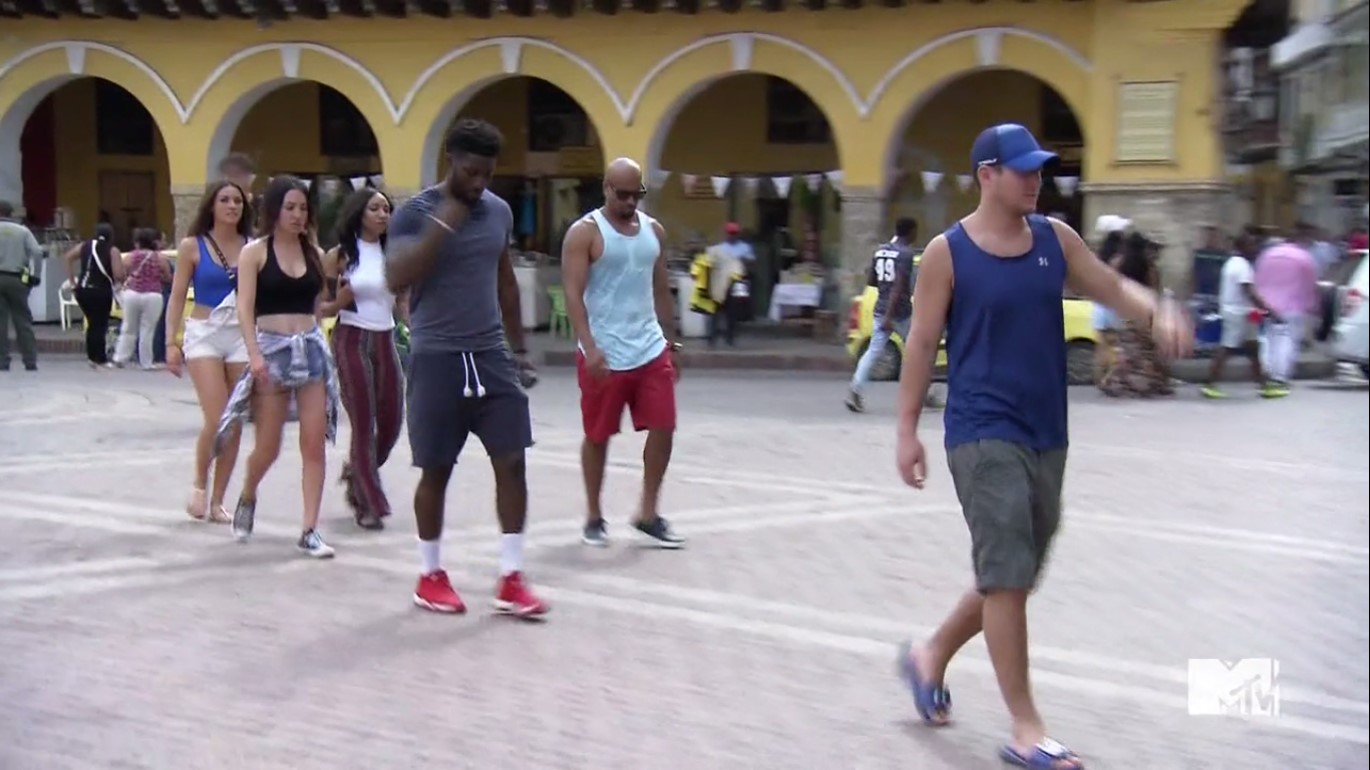 While out day drinking Devin voices his worries that if the Redemption House has to compete as a team, the females of the house will be their downfall. Darrell responds saying that he thinks LaToya is a good asset, to which Devin basically responds with “No she sucks.”

If you thought there was nothing Darrell could do to make you love him more, you were wrong because this is what follows.

I think that this is one of the very times on The Challenge where a male contestant stood up for and expressed confidence in one of their female teammates. Darrell’s response to Devin is the response of a true leader. Man, I just love Darrell.

Previous article
‘Teen Wolf’ Review: Teen Spiders
Next article
‘Game of Thrones’ – “The Spoils of War”: Just Another Prick in the Balls