In the penultimate episode of Shadowhunters season 2, it’s JC versus JC, the Downworlders play hardball, everyone’s looking for Valentine (again) and we meet one special warlock!

When Magnus returns to his loft from a meeting at the Institute with Luke, Raphael, the Seelie Queen, Alec, Izzy, Jace, and Clary, there are a large number of warlocks waiting for him. He’s requested their presence as their official representative. On his couch in scrubs is none other than Catarina Loss (Sophia Walker), a warlock normally with bright blue skin (though clearly she is glamoured at the moment). She asks why they’ve all gathered since they normally only do so when there’s a birthday or a funeral. He fills her in on the meeting and has a plan on how to keep Valentine and Jonathan from leaving the city. With her help and the other warlocks as well, they erect wards that prevent portals from being created and instant death to any Shadowhunter who leaves the vicinity.

We first heard of Catarina on the show back in season 1 when Clary and the squad were trying to figure out which warlock Jocelyn got her sleeping potion from. Hodge Starkweather had narrowed the possibilities down to three: Tessa Gray, Ragnor Fell, and Catarina Loss. It turned out to be Ragnor (who died soon after).

Catarina and Magnus have known each for a very long time and they first met in Spain many many years ago when she was almost burned for being thought a witch. She was also great friends with Ragnor. Catarina was born to a mundane mother who raised her in secret for her warlock mark was her very blue skin (her mother had been raped by a demon). From a young age she knew that she had the gift of healing and had chosen for a time to work at the mundane hospital Beth Israel in New York City. Along with Ragnor, the three warlocks have had many adventures together throughout their lives. 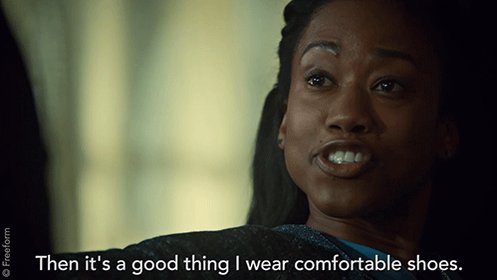 An important secondary character in Cassandra Clare’s shadow world, Catarina was working as a nurse at Beth Israel where Jocelyn Fairchild was being held while comatose. She had been the one to help Magnus create an antidote to wake the former Circle member up. The High Warlock of Brooklyn had then entrusted her to keep the Book of the White safe during the Mortal War.

During the Dark War, she took over for some of Magnus’s work by creating a portal for the Shadowhunters to get to Idris after Sebastian Morgenstern had begun attacking Institutes. She then asked for the help of werewolves Maia Roberts, Bat Velasquez, and vampire Lily Chen regarding a demon at her hospital. Once they learned from the creature that Sebastian was going to attack Alicante, she was able to send Consul Jia Penhallow a message to warn them of the impending battle. After the war was over, she attended Luke and Jocelyn’s wedding where Magnus spoke to her about his fear of the fair folk’s retaliation for the Cold Peace. She tells him that he’s worrying too much and that their strike may not be for many years still.

We find out in Lord of Shadows that Catarina was a friend and confidant of Shadowhunter Diana Wrayburn. The two had met in Bangkok when Diana and her sister Aria were there for their travel year in 2003. She had been the one to nurse Diana back to health after she and Aria were attacked by revenants and counsel the Nephilim after her sister’s death. She had also helped Diana transition from being male to female through mundane medicine. They both knew that it was forbidden for Shadowhunters to seek mundane treatments but Diana had chosen it for herself and left the Clave in order to do so. However, when Catarina brought news of the Mortal War, the other woman decided to return to Idris to fight and take over her father’s shop (her parents had died some time back). 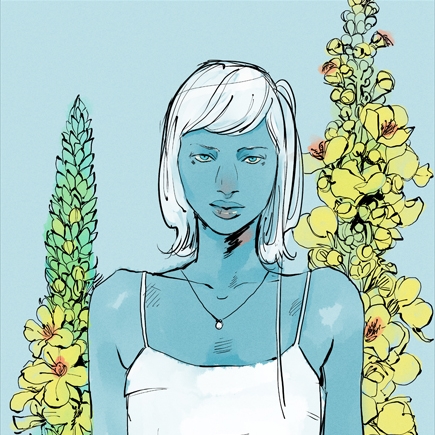 Catarina’s ties to the Nephilim go even further back as she had a good relationship with the Herondale family in the 1800’s. She had been the one to rescue Tobias Herondale and Eva Blackthorn’s unborn child after Tobias had been found guilty of abandoning his fellow Nephilim during a mission. His wife Eva was then punished for it as he had gone mad and missing. The warlock found him insane inside a forest but was unable to save him. She then decided to help his family in secret by sneaking into the Gard to magically deliver Eva’s baby before her execution. When she was killed everyone thought she was still pregnant. However Catarina raised the child as a mundane without ever telling him of his Shadowhunter background. Eventually, the lost Herondale bloodline led Jem Cairstairs and warlock Teresa Gray to Christopher “Kit” Rook.

In 2008 after the Dark War, she ended up teaching at the re-established Shadowhunter Academy where former vampire Simon Lewis was one of her pupils. Catarina became an instructor to honor Ragnor. As of 2012, she is now at the elite Nephilim school in the Carpathians, the Scholomance, where Shadowhunter Centurions are trained to deal with issues regarding the fair folk after the advent of the Cold Peace.

Here’s hoping this isn’t the last we’ll see of her on the show.