Supergirl Teams Up With Superman in Season Two Premiere: “The Adventures of Supergirl”

This week on the premiere of Supergirl: Superman makes his first appearance, the DEO changes location, Alex is adorable.

Spoilers through Supergirl season 2, episode 1: “The Adventures of Supergirl.”

I have loved Supergirl from the very first moment. More than Arrow, more than The Flash, Supergirl gives me the one thing I desperately want most in a superhero TV show: hope. Which is why I’m so glad the show dodged the Cancellation Bear and made its way from CBS to the CW. With the move, Supergirl gained a larger budget, which is aptly apparent in the season two premiere, “The Adventures of Supergirl.” Not only does Tyler Hoechlin join the cast as Superman, but all of the actions sequences have been turned up a notch, drawing comparisons to how The Flash handles much of its chase sequences.

And yet, there’s still something inside of Supergirl that remains wholly her own. Starting out on the CBS, while garnering low ratings, was actually a blessing in disguise for the new series. Without the Arrowverse and its dark stories to drag her down, Supergirl grew into her own hero who relied only on her own abilities and those she loves. And as excited as I am for the major Arrowverse crossover event, I’m more excited to see Supergirl continue navigating her world in her happy-go-lucky fashion.

I’ll be 100% honest here: I didn’t want Superman on Supergirl. I was afraid that with his legacy and all the other ways he’s been represented on television that he would either be a distraction or steal the spotlight. I argued at the end of last season that Superboy would be the better option, especially with the mention of CADMUS. That being said, Hoechlin as Clark Kent wasn’t horrible. He fit in well with the team and was adorably awkward for most of the premiere episode. Nor did he overshadow Kara/Supergirl in any of their rescue attempts throughout the episode.

Then, of course, he’s made more likable by his interactions with other characters; especially Alex. Alex smelled him, y’all. My goodness, she’s so adorable. Someone make me best friends with Chyler Leigh, STAT. (Also, I’m all aboard the hype train that Alex is gonna fall in love with the new female detective, Maggie Sawyer.)

The biggest issue I had with Superman’s character wasn’t even something he did, per se. Clark came in with his life in his hands, everything perfect. All of his ducks were in a row; his hair meticulously combed to one side matched well with an aloof smile that attracted every woman to his side. Great at his job, praised at every turn, combined with an effortless relationship with Lois, Clark/Superman never struggles. I know he’s meant to be an ideal, but he’s too perfect to the point where it’s sickening.

On top of that is the fact that Kara makes her decision on who she wants to be and her job at CatCo because of Clark. Had Kara decided of her own accord, and with the nudging of Cat, that she wanted to be a reporter, I’d have been okay with it. But only after paling around with Clark did the job even enter her mind. It felt forced and, while not a major issue in the grand scheme of things, I expected a bit better.

And it looks as though we’ll get more of Superman, at least for another episode. Hopefully they’ll figure out the truth behind the other crash-landed Kryptonian soon.

Spoilers (highlight to read): According to Wikipedia, the crash-landed character is Mon-El, “A superhero with similar powers to Superman and Supergirl from the planet Daxam.” 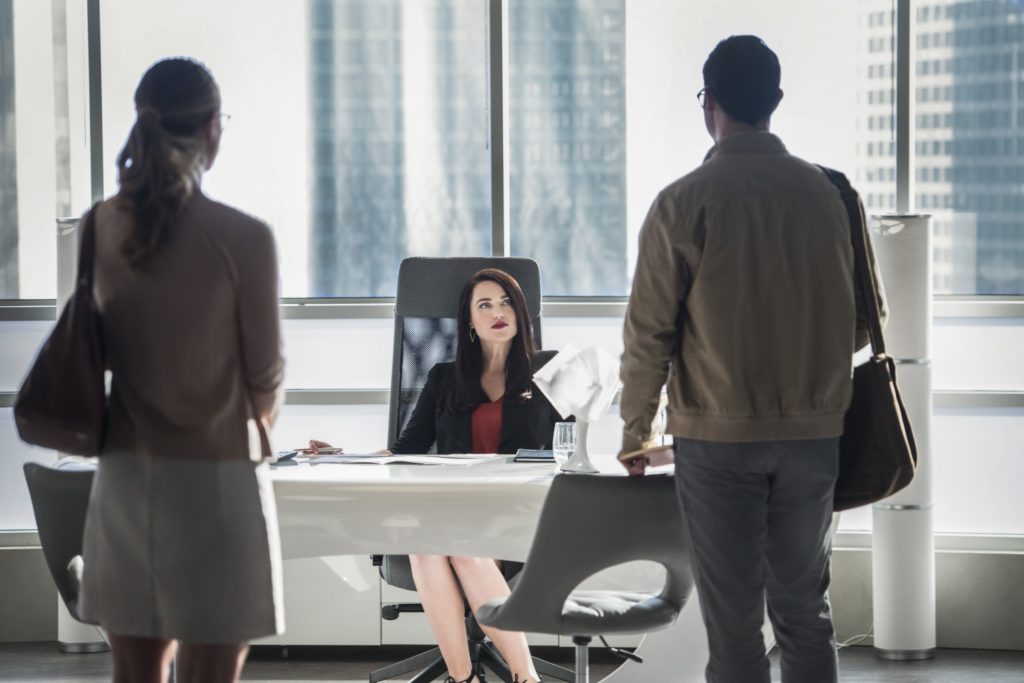 Lena Luthor and the new Baddies

Much of the conflict that happens in the premiere is because of Lena Luthor and the target on her back. Trying to make Luthor Corp a beacon of good to distance itself from her brother Lex, Lena is constantly dodging attacks from old Luthor friend, John Corben. Lena, as a character, is okay so far. I’ll withhold judgment until we see more from her, but I’m with Kara on her snap judgment of the new CEO and that she genuinely seems pretty truthful.

We were treated to several action-packed segments, thanks to the attacks against Luthor, which showcased how Supergirl and Superman work with one another. There wasn’t anything mind-blowing in their fight sequences, but I’m okay with that. I don’t’ need the CW to blow all the show’s money on the premiere. More important to me is that the show continues to have Alex fight alongside Supergirl, which they did after Corben attacked Luthor Corp’s headquarters. Lena Luthor even held her own when she took out Corben with a handgun.

Corben, mortally wounded, isn’t taken to a local hospital, but instead to CADMUS, the dirty, experimental facility currently holding Jeremiah Danvers captive. I won’t lie: I’m legit excited to see how Supergirl handles a CADMUS storyline, especially with John Corben’s transformation to Metallo at the end of the episode.

With the move to the CW comes a few changes not just in the Supergirl story but also in appearance. The most notable change is the DEO headquarters. No longer stationed in an underground cave with bats the bite Kara, the DEO has upgraded to a penthouse apartment in the middle of National City. While I like the look just a bit more than the prison cells at the bunker, I have to wonder if that isn’t a security risk. There are so many other high rise buildings in National City that it seems like a bad idea for the entrance to a super secret organization where everyone can see both Supergirl and Martian Manhunter fly into so visible. 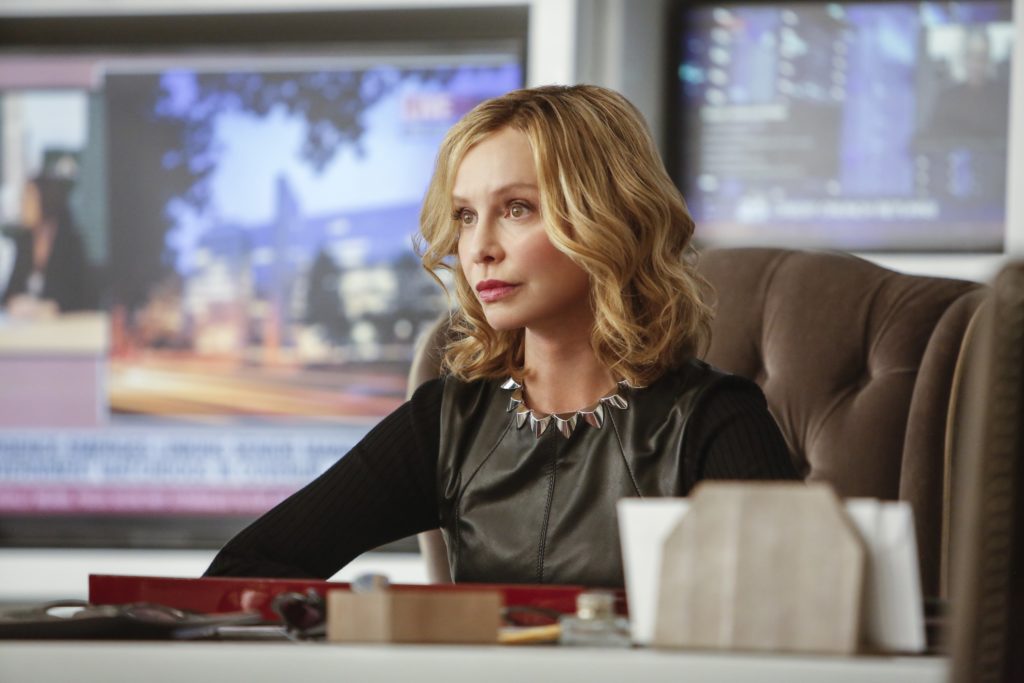 Another change is the incoming decline of Cat Grant and CatCo. Not that I think anything bad will happen to either, but Cat has set Kara up to be incredibly independent in her job. Winn has already left CatCo for the DEO. While Kara may still turn to her boss for advice, with Calista Flockhart’s switch from series regular to guest star, we’ll be seeing much less of the snarky, intelligent CEO. And that, ladies and gentleman, is a travesty.

James and Kara are also going through some changes while Kara tries to figure out how to live her life both as a human and an alien superhero. I love James, just not for Kara romantically (nor do I like Winn for her romantically), so I’m okay with her decision to not date him, but was it just me or did that shift come out of left field? It was odd to have Alex mention off-hand how Kara seemed to not be feeling the romance between her and James and given the events of last season, I’m not sure I believe that transition. Looks like the CW wants to put Kara back into a love triangle, since that’s their MO.

The final change comes in the form of, what I believe, to be foreshadowing. There’s an animosity between J’onn and Clark and we learn later in the episode that it’s because J’onn and the DEO house kryptonite to protect themselves from aliens. As we saw last season, J’onn would gladly give his own life to save Kara, but that doesn’t mean some of the other DEO agents trust her as fully as he does. With Clark as angry as he is about the radioactive element, I fully expect that to come back into play later in the season.

I don’t know anything about science, but I have a question about the Venture’s trip to and from space: if the Venture blew an engine while outside the Earth’s atmosphere, wouldn’t it have just…floated in space, instead? Maybe I misunderstood and it was still within the atmosphere, but it didn’t look that way to me.

As much as I didn’t want Superman on the show, his relationship with Kara is sugar sweet.

With Cat Grant getting less screen, I expect Lena Luthor will step up and take her place as the lovable antagonist to Kara Danvers.