The Workprint met up with Steven Universe’s Tom Scharpling (Greg Universe) and AJ Michalka (Stevonnie) at NYCC 2016 to discuss the Steven Universe fandom, fusing, and the relationship between Greg and Steven. (You can check out our interview with the voice actors of Peridot and Ruby here)

Question: What has it been like to see the fandom grow and interact with them at events like this?

AJ Michalka: It’s pretty amazing. I mean I haven’t been a part of it for very long but just what I’ve seen I’m kind of blown away. Most of what I had seen was online. The attention it gets on Tumblr is insane. I’ve never seen anything like it. And then being here at my first con, just to see how people reacted when we were all at the panel, it was a total gift. I just can’t believe that I even lend my voice to something that is this powerful for our generation. I think so many people of all ages and all backgrounds can watch this show and truly feel like they belong and that’s the coolest thing this show is doing. I’m just honored to be a part of it and I love that I can play such an original role. Just to speak for two different characters. It’s really cool.

Question: When playing Stevonnie do you approach it as a character of its own or do you take a part of both Connie and Steven?

Michalka: It was a really natural way that we kind of found Stevonnie. I think when I first read for it Rebecca liked that it was its own character but that I really studied what Steven and Connie do. The joining of both is really hard to explain. It just kind of fit into a pocket that worked for my voice. It’s not that far from how I sound in real life. Being able to take just the little mannerisms of how Steven talks, and he’s gotten a lot older so his voice has obviously changed but the mannerisms between him and Connie and making it my own without copying their two characters. You want to definitely take from them cause the fusion is so important. The whole point is that these two kids are fusing together to become this incredible force. It’s a little bit of both, it’s a hard one to answer. It just became a really natural thing for me to find. It’s such a cool character. I live in LA so I’m lucky enough to where I can be in the big circle with all the other actors as we are all performing together, so to have Connie and Steven with me is really nice because I’m able to bounce off them and I’ll usually stand in the middle of them and then from there we’ll work together. So I’ll feel the energy pulling from both of them as actors and really that’s how it grounds my work. 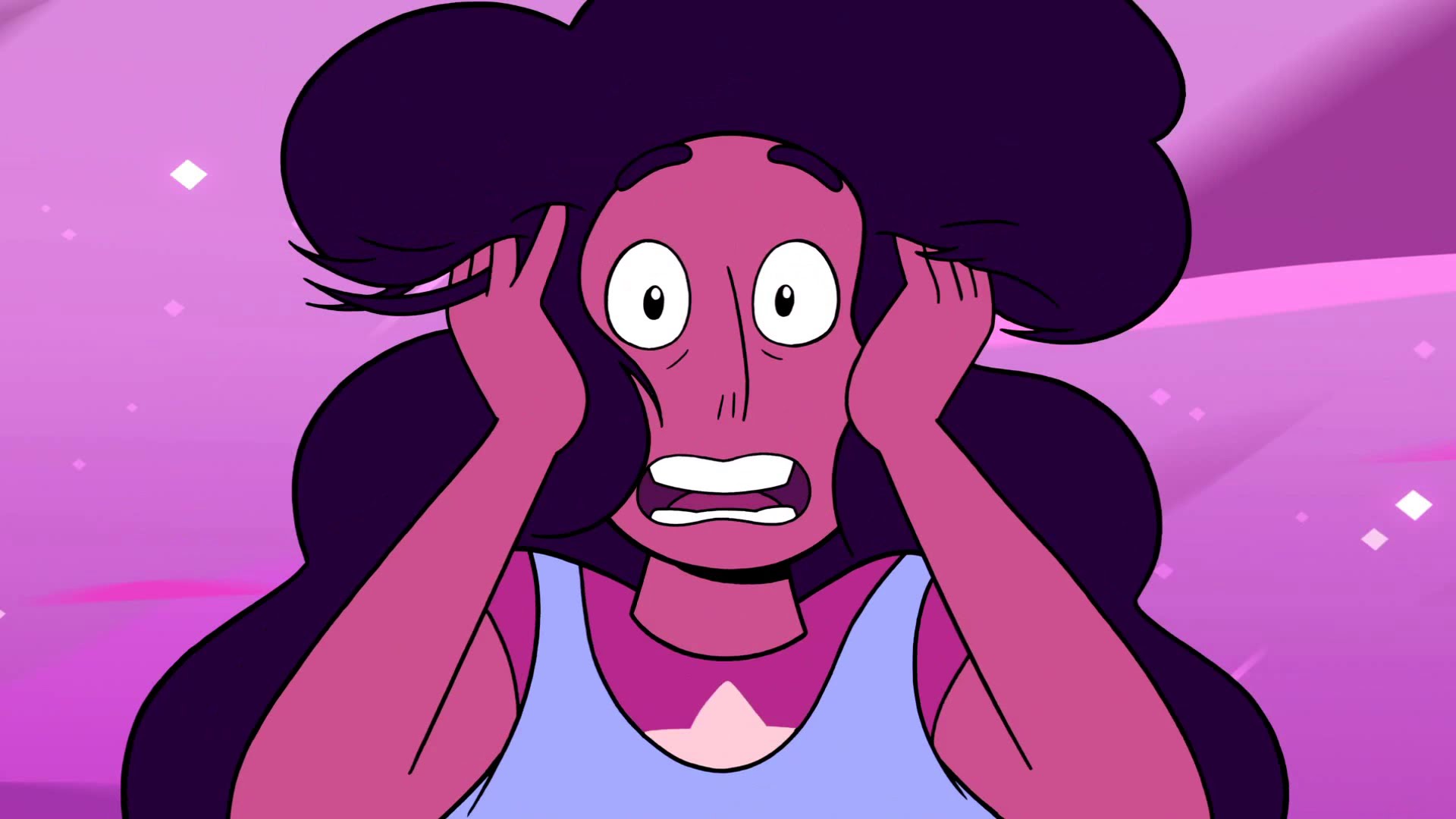 Question: What do you think of the aspect fusion and what it represents?

Question: If you could fuse with anyone who would it be?

Michalka: Hmmm, that is so tough. Probably Bono. Yeah, I’d fuse with him for sure.

Tom Scharpling: I would fuse with The Edge.

Michalka: And they would fuse together and it would be like multiples.

Scharpling: It would be  U2-Steven Universe2

Question: Do you know where the idea of Greg came from?

Scharpling: Well in a show you need somebody to be the control and the one who the audience can see themselves through because everyone can relate to Greg. I think everyone feels normal, or like you don’t have anything special going on. You can’t understand powers unless you have somebody who doesn’t have powers in the world so by relation you can see how magical they really are. 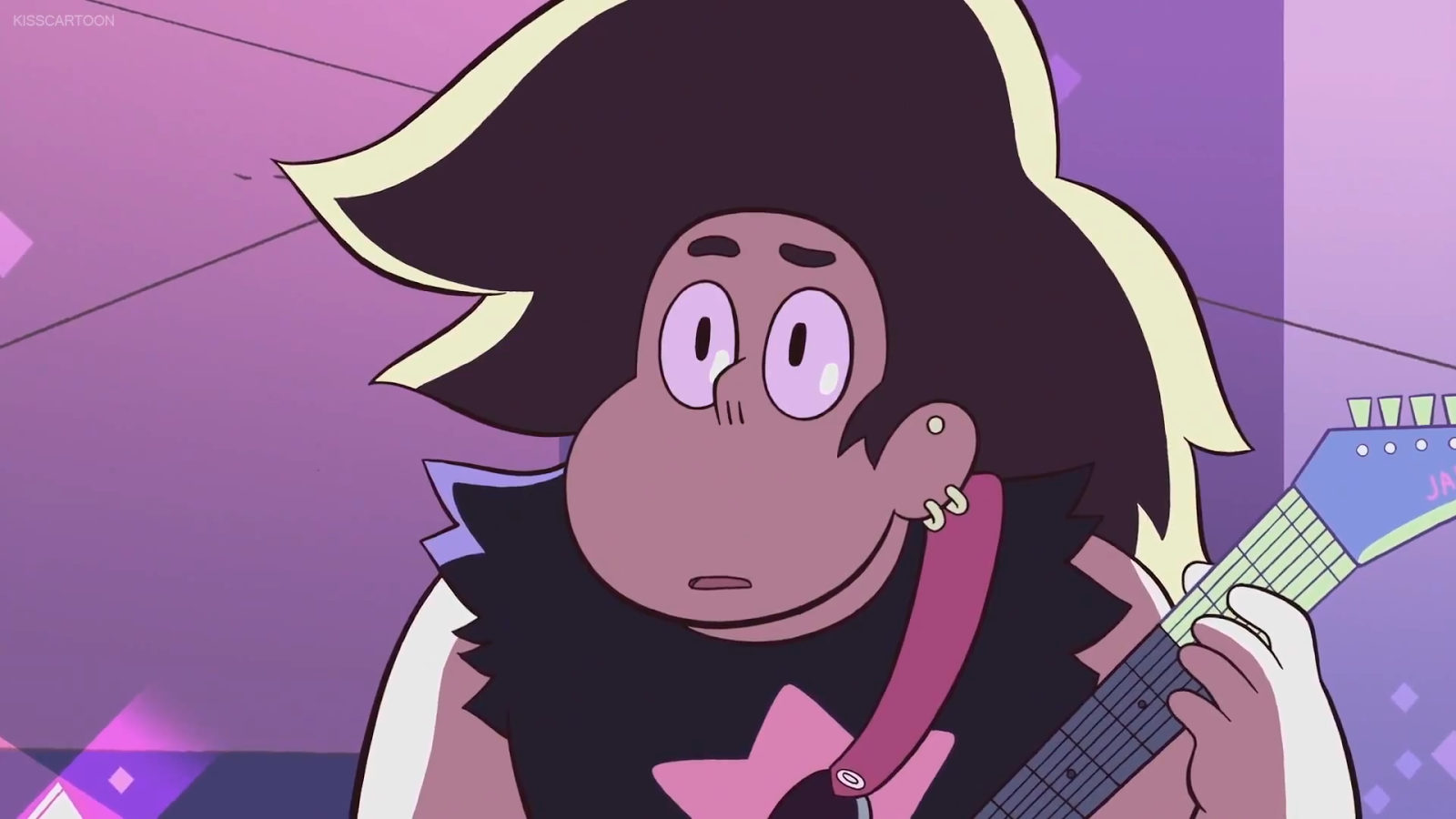 Question: Can you talk about Greg and Steven’s unconventional parent/child relationship?

Scharpling: I think Greg is some version of a parent who realizes that their kid is different than they were and they have to grow and be there and love their kid even if they don’t understand it from their own experiences they have to learn how to understand their kid or their kid’s not going to be a part of their world or vice versa. I think he does a good job of it but there is definitely a challenge there. He is like the previous generation of the whole show, he has one foot in the past. I don’t think he is ever negative about the stuff. He is honestly just trying to figure it out. It’s probably a pretty good parallel for a lot of parents who are facing situations that they didn’t necessarily think would be what it would be like to be a parent but if you’re going to share your life with your kid you better figure it out and love your kid the whole time. 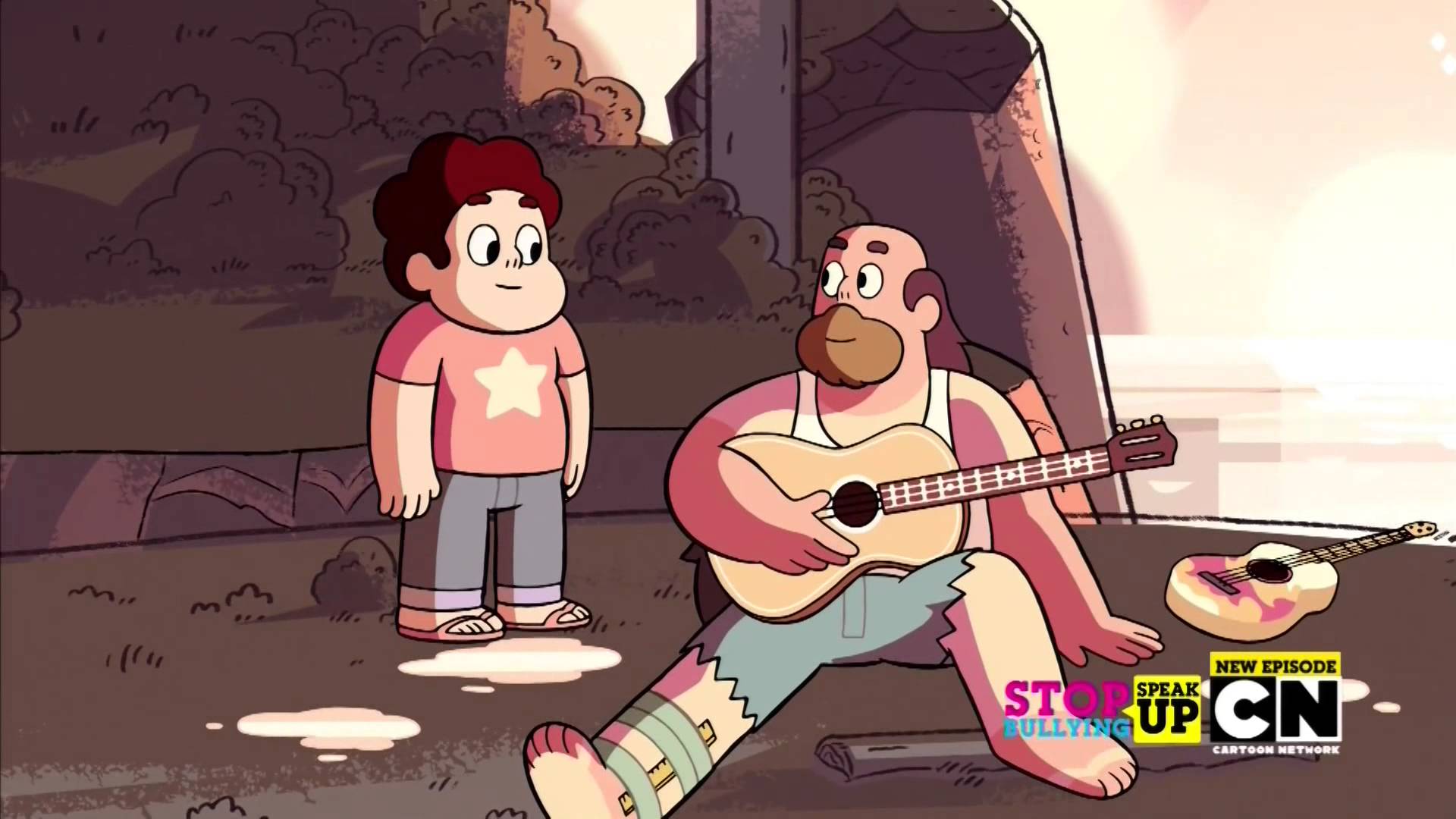 Question: How do you feel about the evolution of Greg and Steven’s relationship?

Scharpling: I think it’s awesome how Greg is trying to figure all of this stuff out because he’s a non-magical guy in a world where almost everybody else is magical around him. But at the core of that the relationship he has with his son is immovable and everything he feels for his kid is always there and that’s never up for questioning. But his relationship with all the other gems and everything in that world is what he’s trying to figure out. There is one-half of his son that he can’t understand or relate to from his own experience so he has to learn how to navigate through that world and learn who his son is while his son is trying to figure it out for himself. So that part has always kept it interesting and keeps the stuff with Greg feel like we never do the same thing twice.

Steven Universe is set to resume airing the rest of season four in November.

Previous article
Supergirl Teams Up With Superman in Season Two Premiere: “The Adventures of Supergirl”
Next article
‘South Park’ Review: Wieners Out