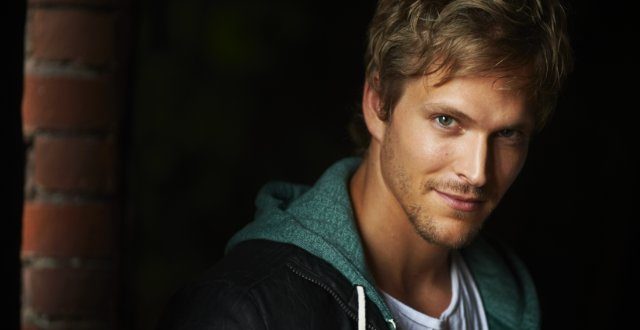 Well the hotness that is ABC Family’s Shadowhunters cast continues with the additions of Harry Shum Jr. as Magnus Bane, Maxim Roy as Jocelyn Fray, and Jon Cor as Hodge Starkweather.

What’s been particularly funny though is the fans reactions on twitter to “Hot Hodge” as his character was aged in the film version of City of Bones (played by the talented Jared Harris). According to author Cassandra Clare, Hodge is actually 36 years old (Jon Cor incidentally is 31).

Take a look at Hot Hodge yourself and judge:

Filming is already underway in Toronto with set pics being posted on social media by various cast members.

Here’s Harry Shum getting his Magnus Bane on:

Executive producer McG has also been tweeting some fun behind the scenes pics!

Are you guys as super excited as me?? If I wish hard enough maybe they will do a flashback reference to The Infernal Devices because who doesn’t want a live action Jem and Will??

To see the rest of the gorgeous cast, click HERE.

Nicole is the Features Editor for The Workprint. She may or may not be addicted to coffee, audiobooks, and sci-fi.
@niixc
Previous ‘San Andreas’ Review: The Earth Earns a Title Shot Against The Rock
Next ‘Lost Girl’ Recap: ‘Here Comes The Night’

BookCon 2020: A Conversation with Cassandra Clare and Holly Black

In the winter finale of Shadowhunters season three, we at last met the father of …