The long wait is almost over for fans of Outlander.

Starz has announced the second season of the drama based off of Diana Gabaldon’s book series will return on April 9, 2016 at 9 PM. Season two will find Claire Randall Fraser (Caitriona Balfe) and Jamie Fraser (Sam Heughan) in France as they attempt to infiltrate the French aristocracy in an effort to stop the Battle of Culloden. 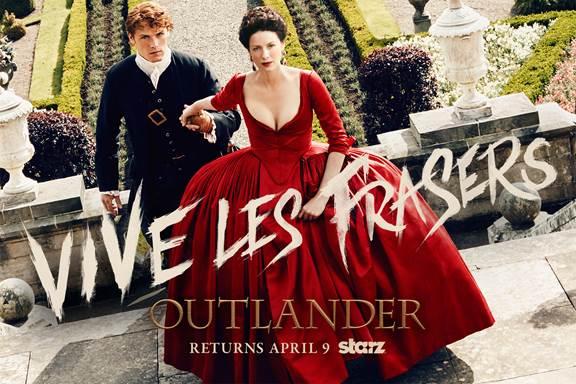