‘Shadowhunters’: Add an Alpha Werewolf to the Body Count

The body count continues to pile up in this week’s episode of Shadowhunters as we meet another group of Downworlders, the werewolves. Meanwhile life gets more complicated for Clary as she realizes that Valentine has her mother and she’s able to see Jocelyn through the portal shard (that she’s been wearing as a necklace).

Maryse Lightwood blazes into the Institute to whip her children back into line. She orders Jace and Isabelle to extract information from the Seelies (who have stopped communicating with the Clave) and while Alec is stuck with babysitting duties. Incidentally I wonder why Clary hasn’t asked why people keep calling her Clary Fairchild instead of Fray (minor spoiler: Fairchild is Jocelyn’s maiden name, she created Fray when she went into hiding).

The fiery redhead though is determined to find a way to rescue Jocelyn and remembers a box that her mother used to take out every year and cry over that might be a clue. She sneaks out of the Institute to head back to the loft to try and find it. Alec goes after her but as he catches up with the new Shadowhunter she gets a call from Simon who wants to help. The three of them meet up and head back to Clary’s once home. However soon after their arrival, the two bffs are arrested by Alaric and taken to the Jade Wolf.

The New York werewolf pack wants the Mortal Cup as well and tries to bully Clary into telling them it’s location by threatening Simon. Been there done that and no one wants to believe that she doesn’t know anything. Luke and the Shadowhunters come to their rescue though and a fight ensues between the police officer and the pack alpha. Luke emerges triumphant and becomes the new werewolf leader.

The body count continues to grow in Shadowhunters and this week was no exception. Let’s take a moment to remember those who have passed:

Slayed during episode one inside Pandemonium as Alec, Jace, and Isabelle were looking to get information on who was trafficking human blood. 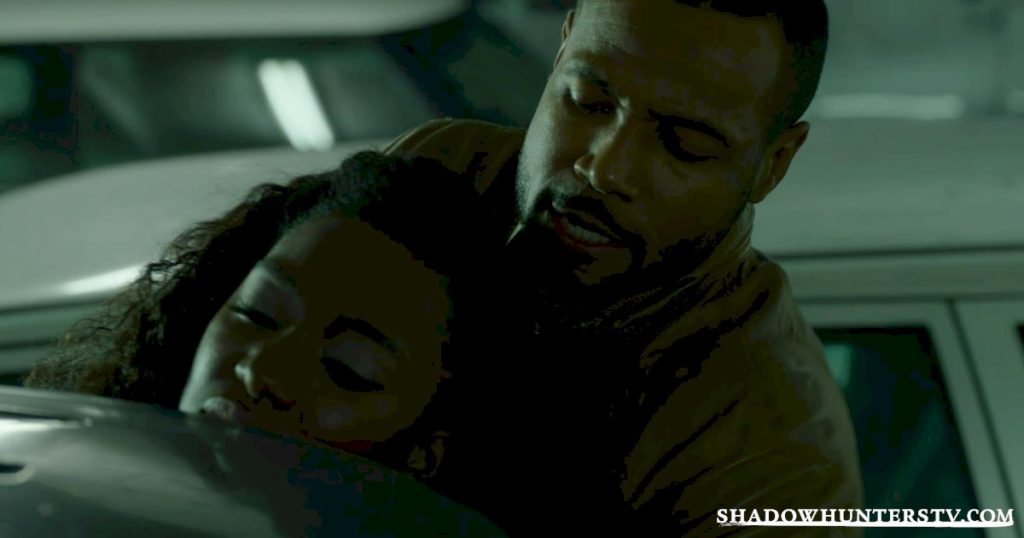 We first met them when they came to the police station as witnesses of the gruesome serial killings and Luke was questioning them. In truth they came to have a nice chat wanting information on Jocelyn, Clary, and the Mortal Cup. Trying to protect mother and daughter, Luke lies and says that they mean nothing to him and just wants the cup for his people.

Luke ends up killing the female Circle member after she tries to abduct an innocent warlock. Henchman meets his demise in the hands of Jace after he followed Simon to the Institute in hopes of finding Clary. 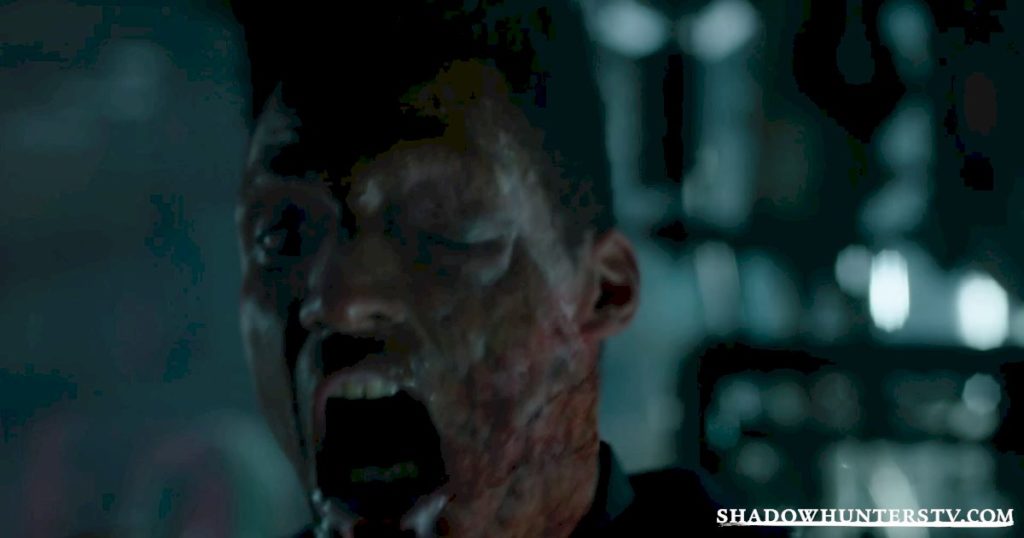 This poor Circle member talks crap about Jocelyn to Valentine at their hideout and gets a syringe full of who knows what with deadly consequences. 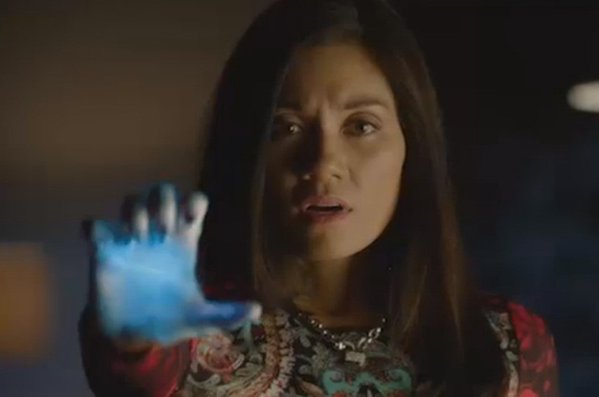 Dot was a female warlock who had been working for Jocelyn and helping her keep Clary safe from the shadow world all these years. She had been the one who created the portal that sent Clary to the police station after Circle members found them looking for Jocelyn. She even tried to recruit Magnus into helping her instead of running away. Poor Dot though was captured by Valentine’s goons and taken to his Chernobyl prison/lab. She manages to stab Pangborn with a syringe full of demon blood before she is killed by Valentine. 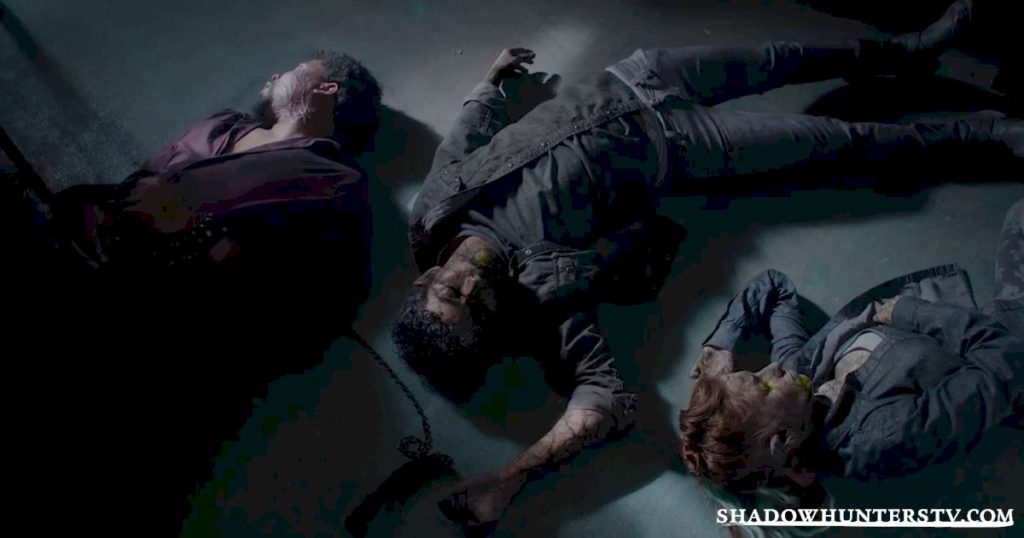 When news of Valentine’s return began circulating in the shadow world, the Clave sent Seelie scouts in search of the renegade Shadowhunter. Two managed to find his lair and were invisible for a time under a glamor, but eventually were discovered and then shortly murdered there after. Their deaths caused the fairies to cut off communication with the Clave, causing further tension between the two groups. 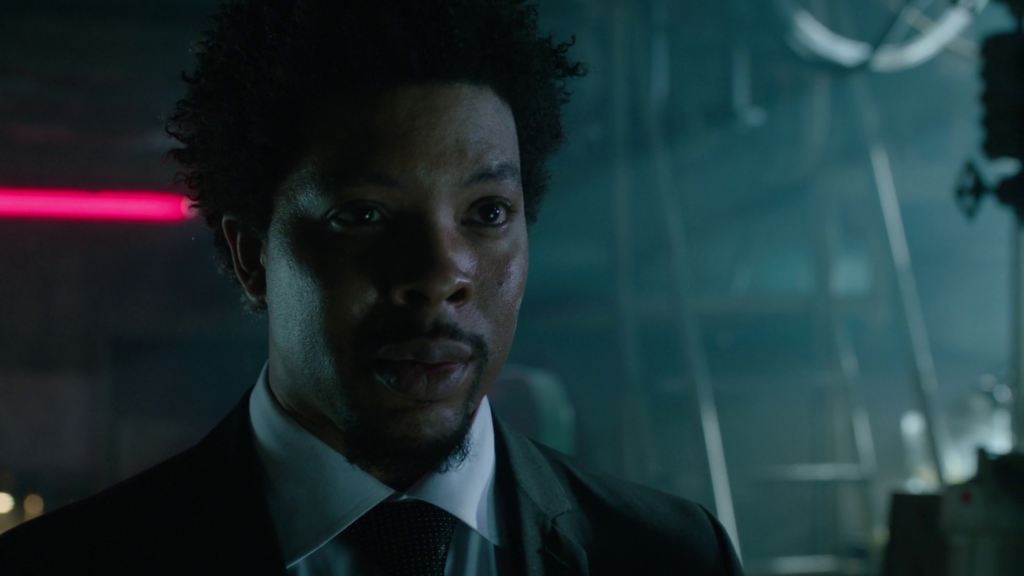 A loyal lieutenant to Valentine for many years, at first it seems like the demon blood injection killed poor Pangborn but he is still actually alive. Sadly Valentine commands him to release demon acid breath onto the two Seelie scouts, which kills them and himself at the same time. R.I.P. Pangborn. 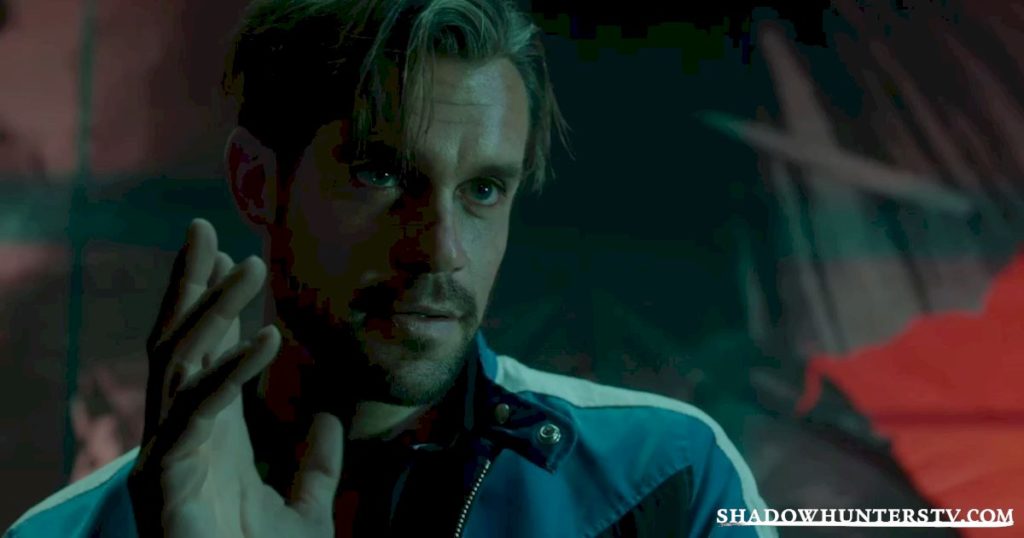 When Alec, Jace, Isabelle, and Clary went to rescue Simon who was being held at the Hotel DuMort, lots of vampire goons were sent to stop them. Everyone was killed either through Izzy’s whip, Alec’s bow, seraph blades, or good old sunlight. Raphael survived since he’s smart as well as Camille, whom he told to leave so that she wouldn’t get caught breaking the Accords (the Accords is a treaty between Downworlders and Shadowhunters on how they should interact with mundanes and each other to keep the peace and protect the shadow world). 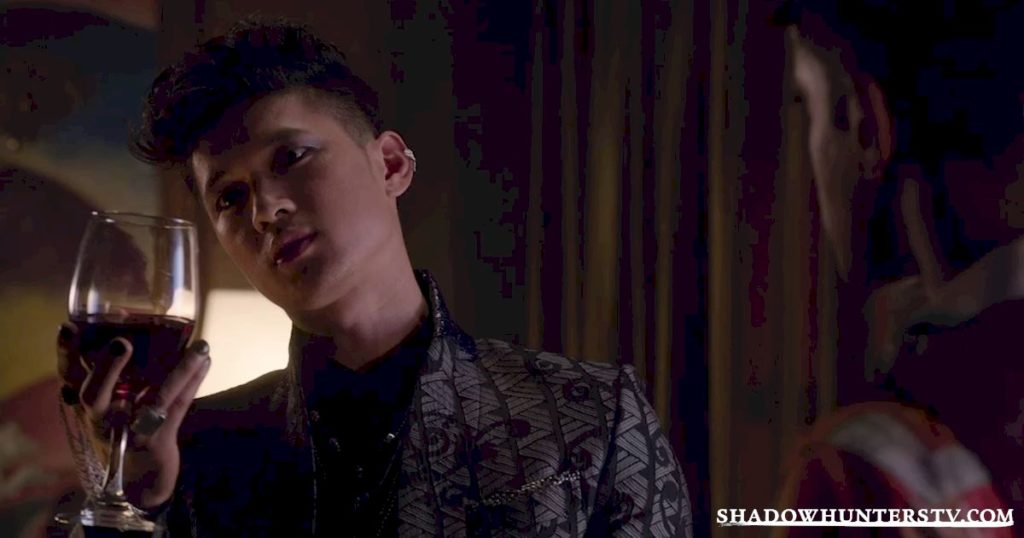 The Warlocks at Magnus’ Loft

As the High Warlock of Brooklyn, Magnus was concerned for his people’s safety and used his loft as a refuge while Valentine was out hunting for them to revive Jocelyn from the sleeping spell she was under. Unfortunately, Circle members found his hideout (after Elias sold them out) and killed many warlocks. The squad arrived and helped defeat the intruders, earning Magnus’ favor. He agrees to summon a demon to help retrieve Clary’s memories. 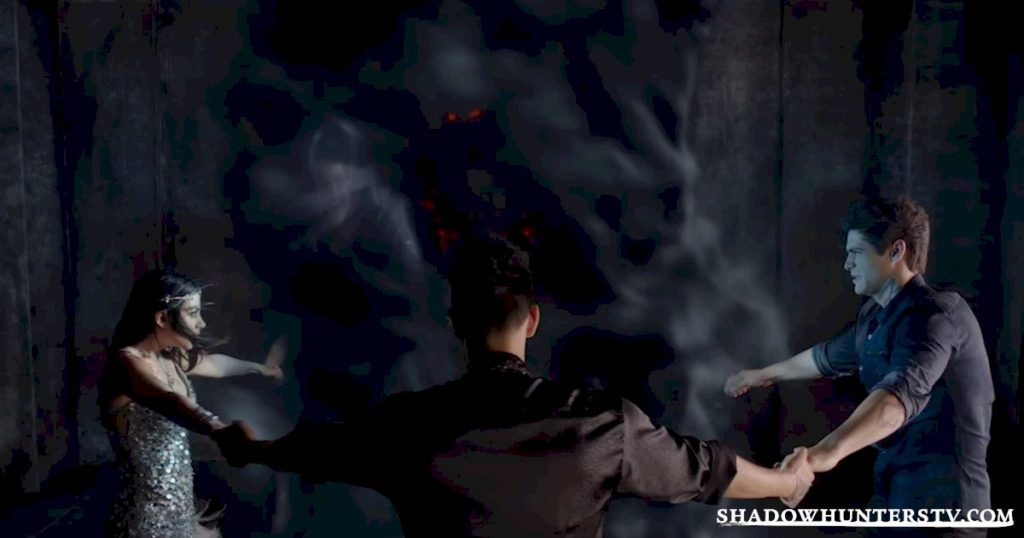 For safety’s sake, Magnus had fed the memories he extracted from Clary to a memory demon. Since they had helped during the Circle attack on his loft, he decides do them a favor and summon the fearsome creature. Unfortunately during the casting, Alec breaks the circle and Jace is nearly devoured by the demon. He is finally saved when Clary kills it using her stele. 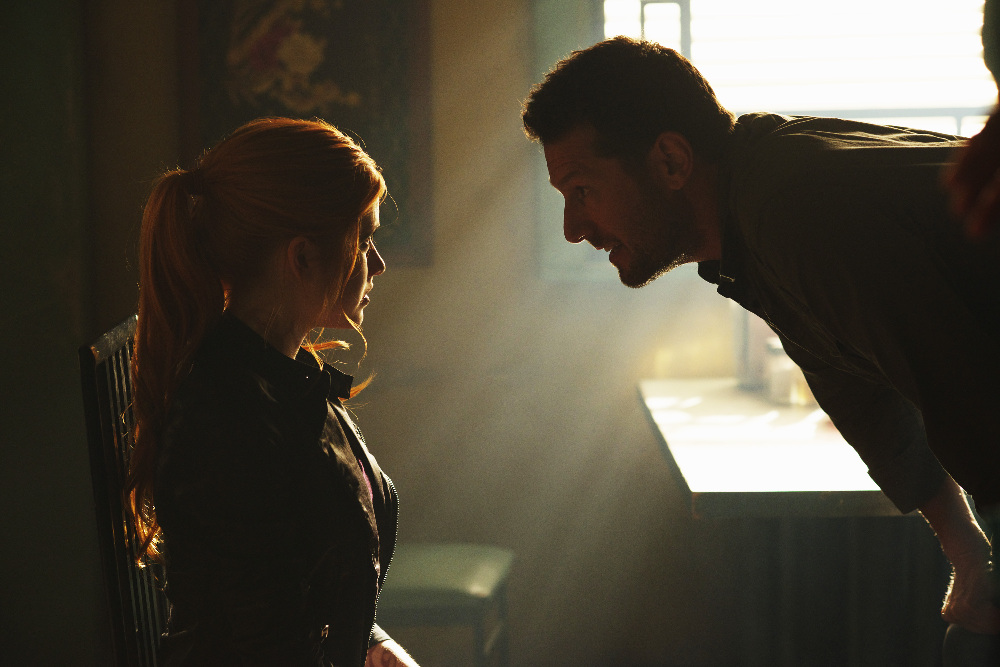 After his kidnapping of Clary and Simon go awry, Theo and his pack surrounded the squad outside the Jade Wolf ready to pounce. But luckily Luke comes in and attacks the alpha himself and after a brutal fight kills the other wolf. The others change back to their human forms and submit themselves to him as their new leader. Luke sustained some serious damage though and is taken by Clary, Simon and Jace to Magnus who can heal him.

Rest in peace guys and for you demons, relax in Edom.

You can catch Shadowhunters on Freeform Tuesdays 9/8 central.