The Obi-Wan Kenobi season finale Rotten Tomatoes score is sitting at a 76% fresh rating. Loved or hated it, Kenobi is one of the most talked-about Star Wars series since The Mandalorian, and is also, the most-watched TV series ever in the history of Disney+.

Like many other critics, I was mixed about the series. I praised the first two episodes for their portrayal of young princess Leia, along with the show’s ruthless depiction of the headhunting inquisitors – villains taken from Star Wars: Rebels and Jedi Fallen Order. However, the duel between Vader and Obi-Wan left me skeptical, as I wasn’t sure if the series was closer to prequel or original trilogies.

Having last week’s resolutions, along with seeing this week’s climax, it’s clear now that the series is going for neither trilogy. Instead, this is the closest to a live-action depiction of Star Wars Clone Wars and Rebels. This makes sense given how much Dave Filoni, the Clone Wars TV series creator, and his influence have revitalized the Star Wars franchise. 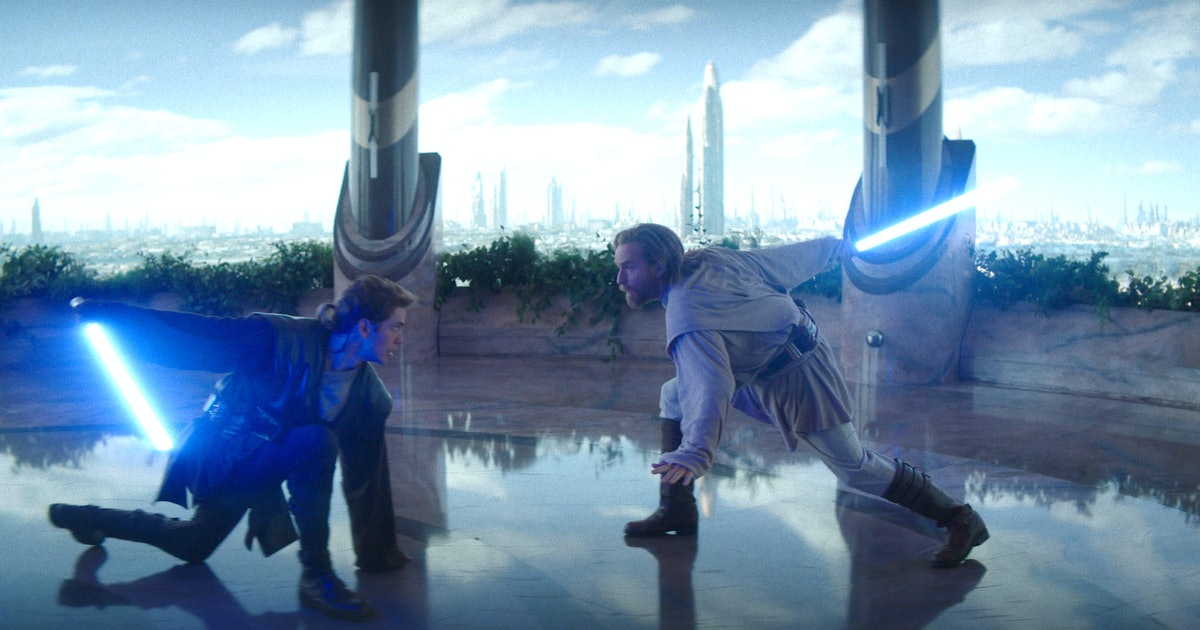 Last week’s episodes episode brought back the storyline together, showing us the beginnings of what’s likely going to be a part of the rebel alliance, along with a flashback revelation linking back to Reva’s history as a Padawan of trauma. A survivor of Anakin and Order 66’s Jedi purge.

In the finale, we see Reva return to Tatooine to kill Luke. Which doesn’t make a lot of logical sense, save for the fact that this is a woman who’d lost everything but still wanted her revenge. Taking it out on Anakin Skywalker’s children would be poetic vengeance for her given that he’d murdered her family and nearly herself, as a child.

While some fans didn’t like this story, I absolutely thought it was perfect. Reva had gone from a reviled inquisitor, to failed coup d’etat executioner in her attempt to kill Vader, and finally, became someone who couldn’t kill child Luke Skywalker out of vengeance. Her full-story arc is one of redemption complete. Showing us that, much like Vader’s story with Luke, there is hope for anyone to go back towards the light.

We also get some epic standoff moments as a result, featuring Uncle Owen and Aunt Beru, who pull out some guns to wield some serious firepower to hold off against Reva. It’s refreshing to see Star Wars continuously surprise us, giving depth to two characters that until now, really never were developed outside of just being Luke’s adopted parents.

Speaking of which, in terms of retcons of the original series, Obi-Wan and Leia’s goodbye makes us rethink everything about the two. It’s going to be hard every time we see Luke in training to not wonder if Obi-Wan is secretly thinking: I should have trained the girl.

Obi-Wan mentioning who Leia’s parents are to her–and really, giving us the prequel trilogy closure he’d never gotten with Luke–was a fitting way to bridge the emotional gap of the original and prequel series. It sort of puts the final word in that Anakin and Padme existed, meant something, and that Leia: was their legacy. All for a sentimental ending.

The Final Duel Between Obi-Wan Kenobi and Darth Vader

Since the original Attack Of The Clones film, there have been just an endless amount of Anakin and Obi-Wan tropes, stories, and memes all dedicated to this relationship and their inevitable battle against each other. Which we thought would culminate in the duel on Mustafar, but has since then, sort of expanded into its own lore of its own–as this series sort of represents.

There is a moment in the cargo hold in the finale, where Roken makes a spot-on comment to Obi-Wan about why this series exists: This is about Obi-Wan and Vader. The entire point of the show seems to be a further elaboration of what happened between these two brothers.

Suffice to say, the best part of the finale is the duel between Darth Vader and Obi-Wan. Because, in an attempt to steer the Sith Lord away from the refugees, the Jedi Master leads his former pupil into a trap for a rematch. What happens is nothing shy of phenomenal.

The battle is an homage to every type of lightsaber battle in franchise history, flashy, yet still, somehow grounded in foundations with more utilization of The Force. Vader tries to overwhelm his master using his sheer power and even almost buries him alive. Meanwhile, Obi-Wan, now fully reconnected to The Force, uses a rock levitation technique (think of how many times do Jedi lift rocks in this universe) that barrages his old apprentice until he finds a vulnerability and makes an Ataru-driven leaping strike. So that in the end, Ben’s untraditional offensive is able to attain a few lightsaber slashes in and cuts through Vader’s mask ending their duel.

What I think everyone loves about this moment is this isn’t an empty duel, but rather, a highly emotional and powerful moment reminiscent of some of the best Vader scenes. Below that robotic exterior face mask, we finally see Hayden Christensen, scarred and beaten in an outright callback to Ahsoka’s battle with Vader in Rebels.

What’s beautifully tragic is in seeing Anakin/Vader admit to Obi-Wan that he wasn’t his failure. Rather, in a cynical and diabolical grinning way, it was he himself who murdered Anakin Skywalker. Effectively replacing him with Darth Vader. To which Obi-Wan responds that, “His friend is truly dead.”

For Star Wars fans this is a major moment as it sort of forgives Obi-Wan for lying to us in the original series: as Vader killing Anakin wasn’t a lie, but rather, an admission from Darth Vader himself.

It’s sad… and beautiful in a way that wraps Vader’s transformation into evil that the prequel trilogies just never fully pulled off until now.

I love the show but I know fans were upset because in the end, this was definitely more prequel trilogy than original in terms of where it’s story pulled from, and of course, those epic lightsaber duels.

I also acknowledge fans were upset over Reva, partially due to racism, but also, because they thought that she was underdeveloped an strangely motivated. Criticisms to which I say: well, did you see the sequel trilogies? Or for that matter… Read about the tale of Darth Jar Jar? Because that would’ve been a better storyline than most that we’ve gotten in Star Wars.

I like this show even if it was unnecessary because guess what? None of entertainment is necessary. It’s a distraction and a way to inspire us and take us away from the bad (and there is a lot of bad right now), if only for a moment.

I remember reading a Rolling Stone article when I was 17 about how Revenge of The Sith was meant to be the end of Star Wars, as it was the last of the franchise and the end of the series. That we could finally move on…

Yet here we are, reminiscing and recontextualizing the entire finale. On top of expanding on that finale with sequel movies and even more sequel movies, expanded universe storylines, and even a retcon of all Star Wars: Legacy.

Much like Marvel, Star Wars has become a corporate Empire and a plethora of stories. A bad thing if you only look at it from a corporations are evil perspective, a la series like, The Boys, but also, a good thing, if you look into how these stories give us hope.

I see a next generation of kids who love New Star Wars, much like how I, guiltily, semi-loved those prequel movies. I also, see cynics and criticism often coming from my millennial generation, in a way that… feels awfully similar to how adults used to criticize the things I enjoyed as a kid.

Fiction evolves. Stories continue. Nostalgia becomes a beautiful fondness of moments, never lost, so long as they continue to inspire! New ideas. New approaches. Ways to not stay stuck in the darkness of outdated thought.

Obi-Wan as a series encompasses these themes. So that one day, before we’re all dead and Force ghosts, we can leave behind a legacy of sorts and inspire: A New Hope.