The return of Ewan McGregor and his furrowed eyebrows of intensity! In last week’s Obi-Wan’s Episodes 1 and 2 review, we were reminded why we secretly loved the prequel trilogies. The second episode had ended on a cliffhanger where Obi-Wan learned from Reva that Vader was alive.

But this wasn’t even the highlight of the series. Besides the cameos of Flea and Kumail Nanjiani–both of which, were fantastic–the introduction of a young princess Leia, played dutifully by Vivien Lyra Blair, was easily what stole the show. The character gives audiences a glimpse of who Leia was as a child and how her youthful gumption and hardheadedness led to her eventual becoming of a brave and rebellious young leader.

Most importantly, we were also introduced to the menacing inquisitors. Ex-Jedi turned force hunters who make for some truly dangerous villains. Their quest for Obi-Wan comes to a head in episode 3 with the return of what we’ve all been waiting for…

With an exciting first two episodes to kick off the season, Obi-Wan naturally, could only get better from here right? Well… I’m not entirely sure. And I’m starting to get a lot of prequel trilogy vibes in a bad way. Here’s why.

So let’s start with the episode’s early scenes, where it was really cool to see Vader’s armor slowly assemble like an Iron Man suit. Which to be honest, felt befitting, given Jon Favreau’s involvement in Star Wars lately. The costume looks menacing and the green buttons that glow in the dark really stand out. Giving Vader a classic yet modern apppeal.

Still, the first sign of concern may have been that Vader’s still hanging around Mustafar. Because despite 10 years having gone by while co-running an empire, Vader really seems to still be tapping into his dark side. Constantly reminding himself of the thing that burnt him (that plus, all the Sith energy in his castle).

Meanwhile, on Mapuzo, Obi-Wan is grumpy about the constant reminder of his failures. Hating that he sees signs of the empire everywhere. He continues his journey to return Leia home but it’s obvious how much he’s lost his faith in people. To get by, the duo comes up with a lie that they’re farmers from Tawl. Which works until it doesn’t and an inevitable confrontation is had with Stormtroopers. 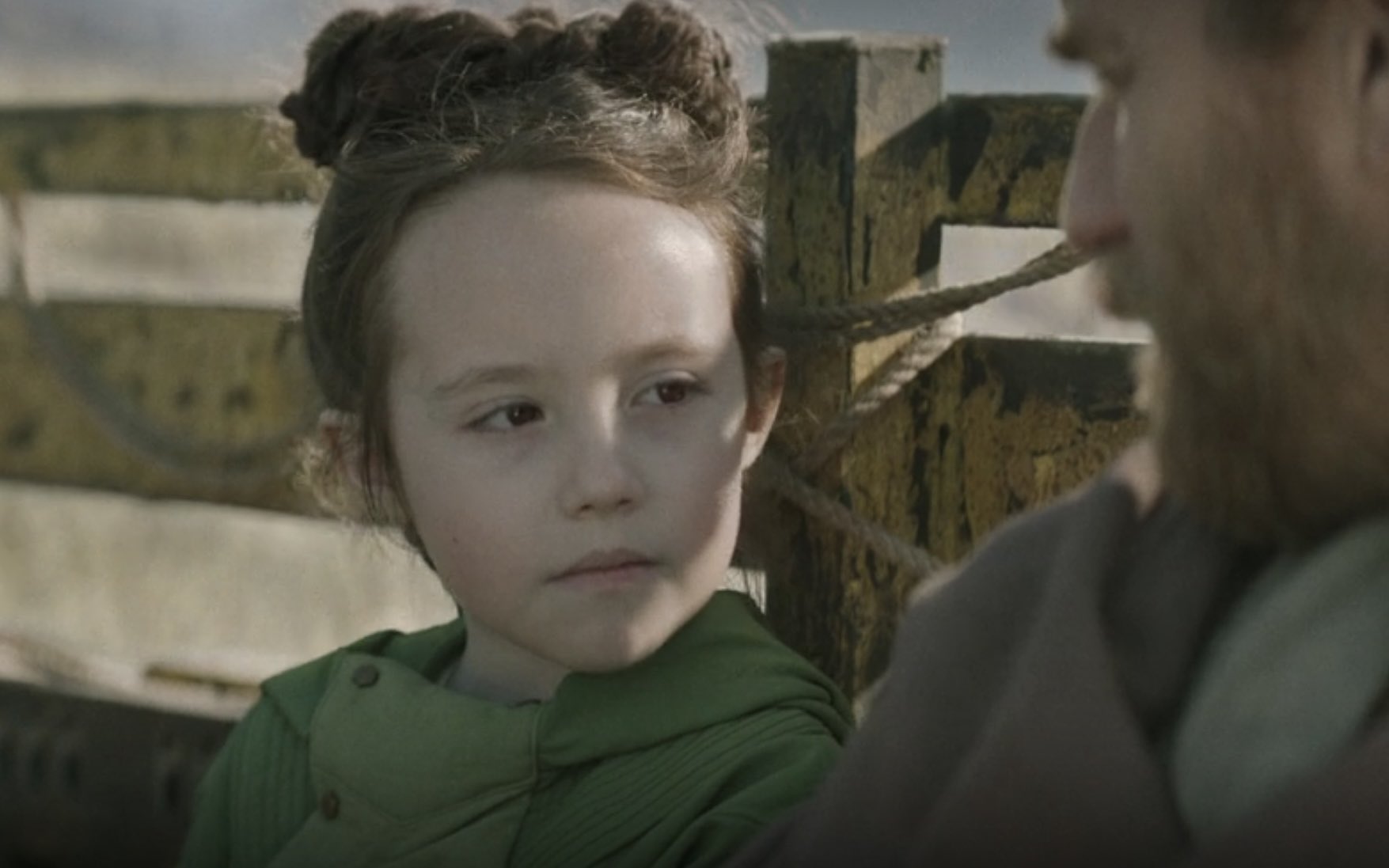 It’s funny seeing Obi-Wan struggle to lie while Leia seems to be so good at it. Yet, herein lies sort of another big continuity problem, as this is the man (as an even older version of himself in the future, mind you) who introduced us to the Jedi Mind Trick.

So either Obi-Wan is that rusty, or he’s old, or maybe, just maybe, it’s just convenient writing…  which is sort of the problem all throughout this episode.

On the positive, we see Obi-Wan finally share his family history. Memories of fondness before becoming a Jedi.

On the negative, for such an honest Kenobi, he fights like he’s in a dirty Western. With oddly decent dexterity for an old man, at least, when it comes to blasters and hand-to-hand combat. Ironically, it’s Obi-Wan’s poor lightsaber skills that annoyed me in this episode as it’s the one thing that Obi-Wan mastered for decades of his life and not the other two skills (he especially despised blasters if you remember).

I don’t see any sort of logical reason how Obi-Wan can still be a hand-to-hand fighter with skills using a blaster, yet still, be rusty with his old weapon. I think the smarter call would have been rust overall and for me, Obi-Wan taking out a battalion of troops ruins the immersion.

Now, most of this episode focuses on running and hiding from Stormtroopers, which isn’t bad, except this now makes for three episodes of these escapes. It’s feeling a little exhaustive. The metaphor of the path as an underground railroad to Jabiim, a place to relocate, is nice. Force-sensitive children taken by Empire and disappearing–less so nice, but makes for good worldbuilding in the storytelling.

Actress Indira Varma, who’d previously played Pedro Pascal’s paramour in Game of Thrones (Oberyn Martell and Ellaria Sand), plays Tala Durith. An imperial woman leading this underground railroad. Her story culminates in an attempt at saving Obi-Wan, though at the loss of Leia, who Reva captures as a prize to impress Vader. In the hopes of taking the new role of Grand Inquisitor.

For that matter, The Grand Inquisitor can’t be dead, right? Because it would make no sense in regards to Star Wars: Rebels, where he’s very much alive. It’s something that I’m sure many will say can be easily reconned, except for any diehard fans, who know exactly why this would be stupid…

Because the person who created Rebels and wrote The Grand Inquisitor… was Dave Filoni.

The very Dave Filloni responsible for The Mandalorian, and in so many ways, has been the saving grace of Star Wars since the debacle of the sequel trilogy. I’m going to throw this out there: I don’t think Filoni agreed to or knew about the Inquisitor dying. And if this death is permanent, it forever changes years of Filoni’s work on Star Wars.

Which I don’t think he’d be happy about… This is very much a concern for me, as if Reva’s storyline somehow sees her become the replacement Grand Inquisitor. It effectively retcons all of Star Wars: Rebels. 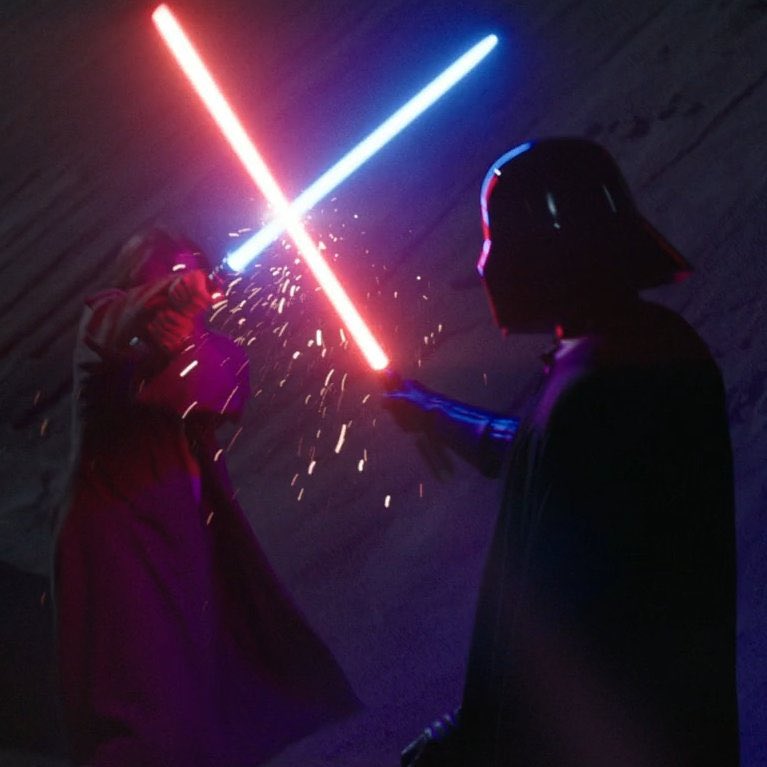 There was a lot of hype building up to this moment. But I have a bad feeling about this from what I’ve seen. Since returning in Rogue One, Vader has become somewhat of a one-dimensional killing machine. More Terminator than man.

We see him murder an innocent family in trying to lure Obi-Wan out in this episode. We also, get some awkward one-liners that conveniently lack some of the eloquence that the character used to speak with back in A New Hope and The Empire Strikes Back. This bothers me in the sense that we’re really not filling the gap well from Rogue One killing machine, to a person who inflicts a bunch of Force platitudes. There is a gravitas to Vader that was a combination of his imposing presence and James Earl Jones’ eloquent and empowering voice.

It’s almost as if, despite having James Earl Jones back to the voice, the lines were written as if they were Prequel Anakin versus the original Vader. A distinction which might sound one and the same to the casual fan, until you realize, how one character complained about his dislike of sand. The other spoke in powerful absolutes about faith, the force, and above all else: power.

As for the duel itself, I think we all knew that it was never going to be like the duel on Mustafar given both Vader and Obi-Wan lost a step in their more advanced ages. Still, a lot of what goes down doesn’t make a whole lot of sense regarding force powers? The biggest of which is that fire, which Vader had just seconds ago put out while using a force push. Then, somehow conveniently, isn’t able to be put out again?  Leading Obi-Wan to getaway.

Worse if you remember: the fire isn’t liquid fuel-based. Their energy was coming from a crystal-based source. They can absolutely be moved using a force push and that’s sort of on set design for making that distinction.

Between the abuse of, and then convenient lack thereof regarding Force abilities by Vader, the lack of lightsaber ability by Obi-Wan (who again, still has something left in the combat tank as we’d just seen at the checkpoint where he killed a bunch of people), and the convenient forgetting of the basics of Jedi mind tricks… there were just a lot of confusing continuity mistakes and this episode felt like it couldn’t pick a force lane.

In that regard, it reminded me of Rey’s Sequel trilogies. Where we also kind of conveniently used/didn’t use the force whenever it suited the plot.

Who Is Quinlin Vos? 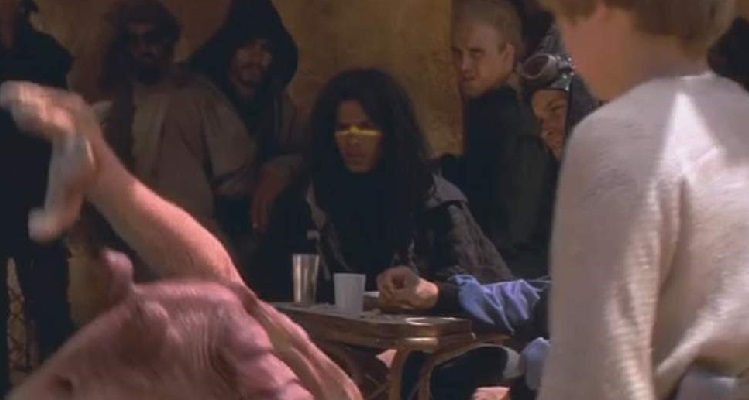 For the longest time, fans of Star Wars Legacy had always asked the question, whatever happened to Master Quinlin Vos during Order 66?

For those unfamiliar, Vos was actually featured in The Phantom Menace as a throwaway Easter Egg character. He had his own Dark Horse comic in Star Wars: Republic and was featured in the animated series Star Wars: The Clone Wars.

Signs of his words are etched into the walls of the underground hideout in this episode. Obi-Wan translates Vos’ etchings as, “Only when the eyes are closed can you truly see.”

What does this mean? Well at some point we’ll likely meet the forgotten Jedi Master in some form. If not in this series, then in the future, though what role he’ll play is anyone’s guess.

Controversial take, this one was a hard miss for me and I know many fans and critics will disagree. I’m concerned that we’re going to repeat the same beats from the first few episodes, meaning more Gestapo-themed inquisitors (and Vader) senselessly killing in the search for Kenobi, more awkward Vader moments that lean a little more canon-ignorant than compelling, and of course: even more celebrity cameos.

Today’s episode featured Zach Braff playing a surprise character, that to be honest, absolutely nobody realized was him… In fact, we still don’t know who he played and the episode has been out for 4 hours at the time of writing this.