The cast and executive producers of Freeform’s Shadowhunters descended upon New York Comic-Con this year bringing in a teaser trailer for the third season that is currently filming in Toronto, as well as the news of Anna Hopkins (Arrow) and Javier Munoz (Hamilton) joining the show as guest stars. They also revealed the season 3 premiere date, which will be April 3, 2018.

When we spoke to Katherine McNamara (Clary Fairchild) and Matthew Daddario (Alec Lightwood) they teased that we could expect lots of conflicts, secrets, laughs, cooking, dreaminess, sexiness, death, dates, action, and horror. They said that there were going to be legitimate thriller and suspense elements brought into the show and that McNamara was especially excited about it, mentioning tons of blood will be present. 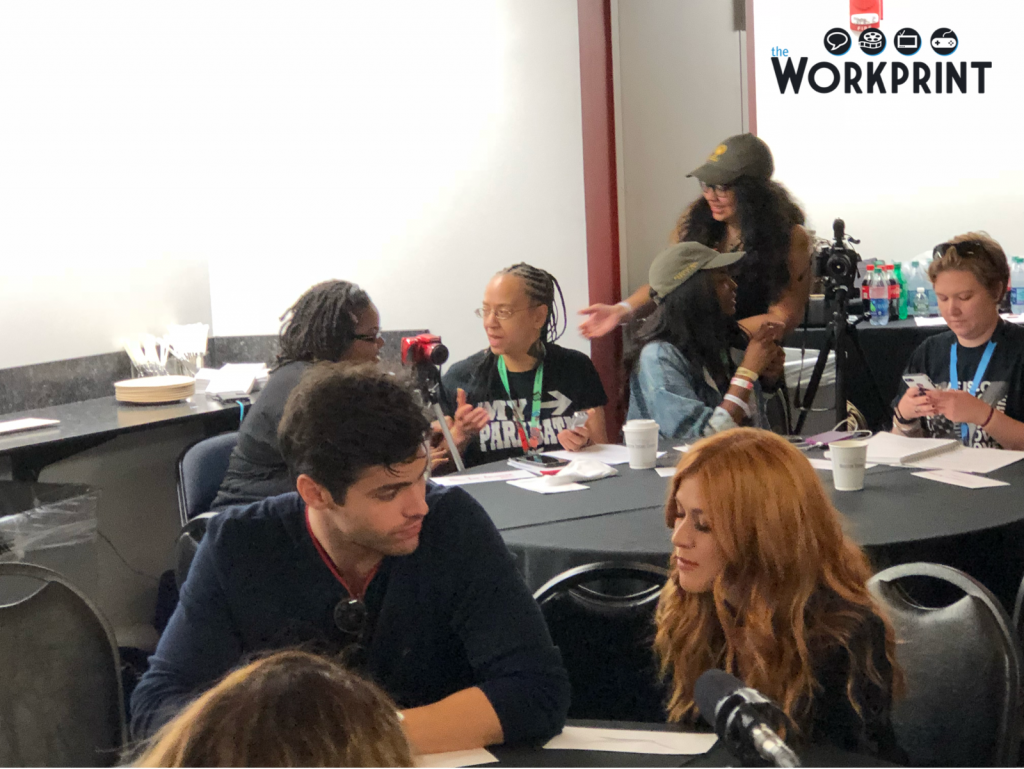 We asked Daddario about whether his parabatai relationship with Jace would change this season and he answered that he didn’t quite know but that Alec’s focus was currently on other things. However, McNamara pointed out that their bond didn’t break, it changes though because Jace himself has changed. Still, both Clary and Alec are trying to help him in their own ways.

Watch our full interview with the duo below:

Meanwhile Executive Producers Todd Slavkin, Darren Swimmer, and Matt Hastings spoke on Lilith as the new main villain. We caught a glimpse of her during the season 2 finale when Sebastian (Will Tudor) used his last ounce of strength to open a portal to Edom where numerous winged demons emerged and ultimately formed Lilith (Anna Hopkins). Despite being the main adversary for the Shadowhunters, she is a mother enacting her vengeance upon those who harmed her child. Book fans know that Sebastian/Jonathan’s demon blood had come from Lilith and so she viewed him as a son while he saw her more as his true mother rather than Jocelyn (Maxim Roy).

In addition, we will be seeing a lot more of Idris this season early on with the Clave recognizing the death of Valentine Morgenstern (Alan Van Sprang). We’ll be seeing the Cemetery of the Disgraced as well as the hallowed halls of the Gard where Consul Penhallow and Inquisitor Imogen Herondale reside.

The trio also discussed how Maia and Simon’s relationship will cause some issues within Downworld as generally each group socialized amongst their own kind. Also, we’ll be seeing more of Sebastian! Thank goodness.

Watch the full interview below:

Lastly, we also chatted with Alisha Wainright (Maia Roberts) and Isaiah Mustafa (Luke Garroway), who talked about Ollie’s persistence being a challenging situation for Luke and Maia’s backstory being explored a little more so that we discover her character’s origins. We also asked Wainright about Maia’s relationship with Simon (Alberto Rosende) and she acknowledged that Sizzy fans were ready for the vampire and Miss Lightwood to be together yesterday, but that she saw their connection as a necessary journey for the two characters to be ready for future love interests. She recognizes that Simon has a lot to learn about love to become a better man. 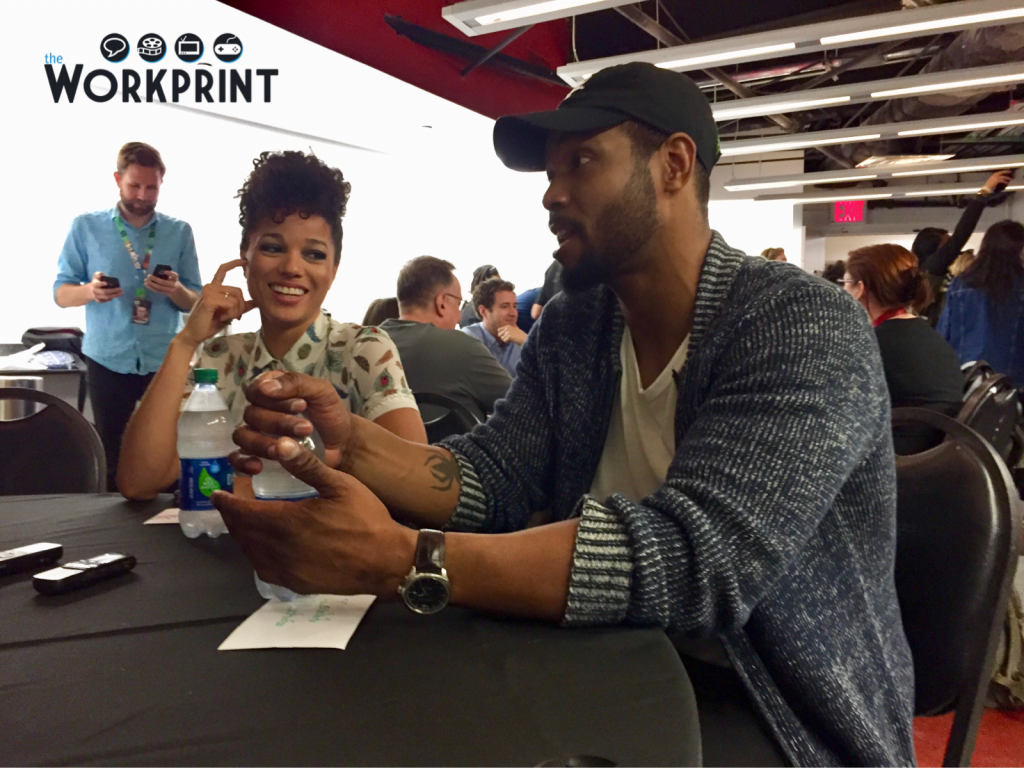 Character development is also very important this upcoming season as Mustafa mentions that they are only in the fifth episode of the so far and he’s already wondering where Luke is heading as the craziness in the shadow world continues to intensify.

During the panel we also learned some interesting details on what we can look forward to next year:

Take a look at the teaser trailer released during the panel:

We’ve got six months to go but until then we’ll be counting on the cast and crew to keep posting behind the scenes sneak peeks!

Shadowhunters will return on Freeform April 3, 2018.