Has ‘Jane the Virgin’ Finally Made Her Decision Between #TeamMichael and #TeamRafael?

Spoilers through the most recent episode of Jane the Virgin, “Chapter Twenty-Six”.

We’ve known for a while now on Jane the Virgin that Jane has to decide between the two men in her life: Michael and Rafael. As I’ve already laid out in my fantasy rankings, the race has been close, especially taking into account all actions in last season’s saga.

To sum up: Rafael won season one, but Michael is winning season two.

And according to the most recent episode, “Chapter Twenty-Six”, it seems all but certain that Jane has decided to be with Michael.

For the time being.

I love Michael, and with this season going the way it is, he’s definitely edging out Rafael bit by bit. Between the diary he kept for Jane, doing what he did to save to Mateo, and just generally being a good guy, Michael seems the way to go.  Michael isn’t the fantasy that Rafael is and with that magic fading, of course she’s going to go back to who’s safe.

And it doesn’t help matters that Rafael has a new baby mama drama situation going on with Petra. I don’t think there will ever be a romance between the two again, but she and their unborn child will be in his life for forever and that prospect is kind of terrifying. Not to mention, Rafael has been kind of a space cadet with how he acts toward Jane. The big one for me was near the end of the last episode when Jane came to him, crying, about all of the ways her life has changed in three weeks and how she doesn’t even know who she is anymore and his response was simply, “I’m sorry.” Come on, Raf! You’re better than that!

That being said, I don’t think this “thing” with Michael will last. First off, this is a TV show and unless you’re Nathan and Haley from One Tree Hill, you’re going to see other people. Which means that Rafael is likely the end game partner for Jane and Michael is just a filler for the drama. As much as I love Michael and think he’s good for Jane, there’s still this connection between Jane and Rafael that can’t be denied. He is willing to give up his life of luxury for the sake of Jane and Mateo and I can’t help but love him for it. And as much as I don’t want to give him a pass for being the father, I do. Rafael desperately wants to be in Mateo’s life, to change for Mateo and having the three of them together would be so adorable I don’t think I could stand it. 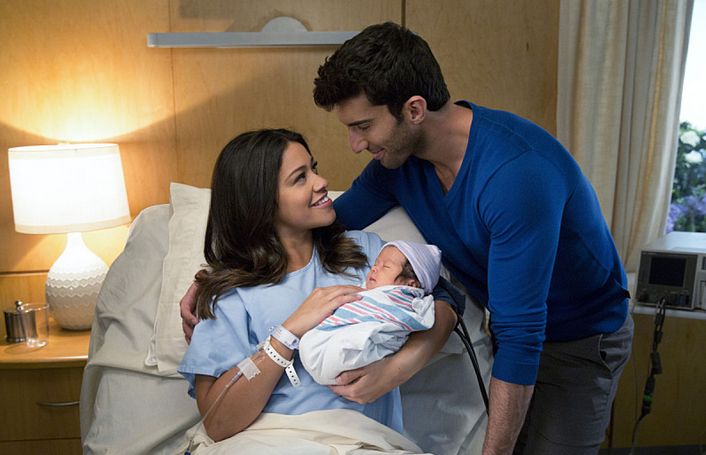 Naturally, all of this rambling is unnecessary speculation but hey, that’s what we writers do. Maybe tonight’s episode will give us more answers. Stay tuned for more ramblings over the state of Jane’s love life! It’s a telenovela for crying out loud! Things will get crazy.

What do you think? Did Jane make the right decision? Will there be more of a love triangle in the future?

Jane the Virgin airs Mondays on The CW at 9PM EST.

@theworkprint
Follow
Previous article
‘Rise of the Tomb Raider’ Review: Eat Your Heart Out, Indy
Next article
‘Tales from the Borderlands’ Review: Life Lessons From Crime