In 2010, Nicholas Sparks did an interview with USAToday in which he declared that he does not write romance novels. While this is technically true (for those of you not in the biz, as they say, a romance novel has a specific formula that MUST include a happily-ever-after, which we all know Sparks’s characters rarely get), the condescending tone in which the statement came across angered many people – mostly writers, specifically romance writers. Obviously his career hasn’t exactly taken a hit, and at this point I doubt he cares whether he’s ostracized from the community, but HOLD THE PRESSES BECAUSE I FINALLY SAW THE LONGEST RIDE.

Sparks may need to amend that statement, because the film version (and I googled to make sure they hadn’t altered from the source material on the salient points) is not only a solid romance novel, but a textbook one.

Here’s a brief rundown: Boy meets girl. Boy and girl spend a little time worrying about how wrong they are for each other/how bad the timing is/that they’ll probably get hurt or hurt the other person but can’t help falling in love. There’s a secret on at least one of their parts. The barriers to a lasting relationship rear their ugly head in the form of a “black moment” that tests the character’s relationship in a big way before the reconcile for the requisite HEA (Happily-Ever-After).

The Longest Ride doesn’t deviate from the formula at all.

Which brings me to this regrettably delayed review of the movie, which was, I have to admit, a pleasant surprise.

Sophia Danko is a few months away from college graduation and has scored the internship she’s always dreamed of at a major art gallery in New York City. She’s from New Jersey and has always dreamed of working in the art world, so leaving the quiet beauty of North Carolina seems like a no-brainer.

Until she meets Luke Collins at a bar after a bull-riding event her sorority sisters dragged her to earlier in the night. The two of them hit it off, have the requisite Southern boy-Northern girl banter, he calls, she avoids it because, in her words, “what’s the point?”

The point, as her roommate articulates, is to have a fling with a hot cowboy. God Bless America.

They go on a date, sparks fly, and by the end of the night they’re both sorry when she tells him about her plans to leave the state in a few short weeks. He’s a professional bull rider, one of the best on the circuit, and has his mother and their failing ranch to think about, to boot.

Luke’s driving Sophia home when they spot a car that’s gone off the road and pull over to help – an act of goodwill that changes both of their lives (and the story) forever. They pull Ira Levinson from the wreckage along with a mysterious box he’s attached to and take him to the hospital. Sophia decides to wait and see how he is and ends up snooping, finding letter after letter written from the elderly Ira to a woman named Ruth.

Sophia and Ira strike up a friendship and she begins to visit, reading letters that chronicle their life together. It’s never actually explained WHY he writes these letters but it’s a small quibble overall, since they work as a plot device very well.

We meet a young Ira and Ruth during a time in their lives that mirrors Luke and Sophia – meeting, realizing there’s something special between them, falling in love – and follow their relationship through the euphoric highs as the Sophia and Luke start seeing each other despite the coming potholes. They’re always together, they’re constantly naked and staring at each other, Sophia tries her best to fit into his ranch/bull riding lifestyle with varying success.

They hit a minor stumble when he attends a gallery showing and it becomes painfully clear that no matter how much he loves her, Luke is never going to fit into a fancy Manhattan life. 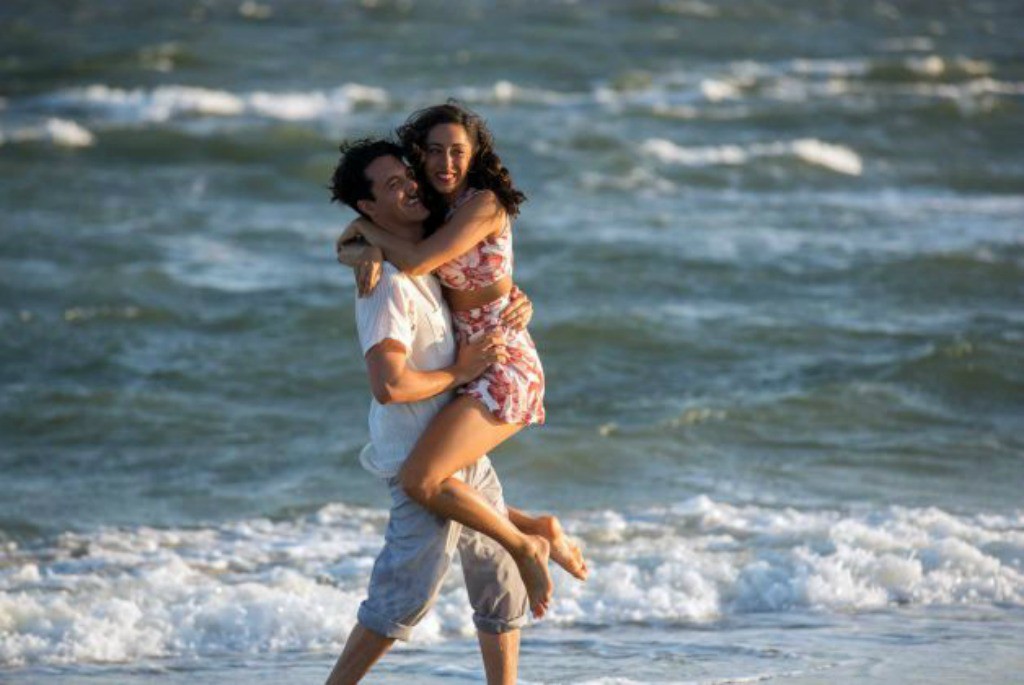 The letters from ira to Ruth turn sad. He goes to war, comes back changed in a way that affects them both (no spoilers) and they begin to ask themselves if the love they have for each other is enough. If it’s worth it.

Luke, like all good romance heroes, has a secret. He was badly injured bull riding the previous year and has been warned by doctors (repeatedly) to quit or die. Bull riding is dangerous on a good day, but for Luke, continuing means certain death at some point in the not-too-far-away future. He blames continuing on his need to support his widowed mother, but she’s begged him to stop every day.

I think it’s more a matter of taking a look at something that’s been a part of your life for as long as you can remember and figuring out how to live without it.

Luke’s not willing to do that, not even when Sophia gives up her internship in NYC to figure out where things could go with her boyfriend, since (duh!) she’s never felt this way about anyone. The two of them breakup, and when Sophia goes to Ira, he tells her the bittersweet ending of his own love story with Ruth. Ira comes to the central point of the movie, which is that “Love requires sacrifice. Always.”

Sophia has done her part, has sacrificed, but Luke doesn’t come to his senses until after Ira has passed. The two of them end up at his estate auction, which includes priceless artwork that he and his wife collected all of their lives.

I won’t spoil the ending except to tell you that if you’re worried this is another Sparks Sobfest because of a tragic ending, it’s not. There is a HEA for Luke and Sophia (not as hard-earned as it might be).

There are tears. I am a sucker for old people and Alan Alda is fantastic as the aged Ira. The actors who play the young Ira (Jack Huston) and Ruth (Oona Chaplin) are downright adorable and dove straight into my heart. Britt Robertson and Scott Eastwood have equally good chemistry in the lead roles, and despite some rough moments on Eastwood’s part as far as craft, I bought into the two of them and their love story without hesitation.

The Longest Ride is predictable, it’s overly sweet, there are plot points that aren’t explained when they should be, but like I said above, none of that is worth quibbling over. At this point, we all know what we’re getting when we sit down to watch a Nicholas Sparks adaptation and this one delivers on its promises and then some.

Last week I ranked Nicholas Sparks’s films from worst to best, and would definitely put this one solidly in the middle (between Nights in Rodanthe and Safe Haven) – it’s the best one he’s done since Dear John, no contest, and if you’re a fan of romance, happy endings, hot guys with killer abs (did I not mention that earlier?), and a few well placed tears, The Longest Ride isn’t going to disappoint.

Previous article
Dancing With the Stars Review: Disney Night Brings out the Weird in Many
Next article
The Americans Recap: Is Philip Going to Kill Martha?