‘Arrow’ Review: Who Wants to Lead This Broken City?

“Things are gonna be different now because you got a new name. With a color. Green Arrow. Catchy.”

Alright, Arrow, that’s a little bit better than last week. However, I’m still finding it hard to take Arrow seriously. Something about the show feels off. It’s trying too hard to be intense and complicated and instead it comes off as over-compensation. “The Candidate” was better than the season premiere but I still struggle with a lot of the plot and character development. I’m hoping it pans out over the course of the season but I’m a green glass half-full kinda gal.

Team Arrow is still struggling against Darhk’s Ghosts, unable to nab even a shred of evidence that might tell them more about what they’re up against. On top of that, Diggle still hasn’t told Oliver about H.I.V.E. and I’ll be frank, that whole connection is weak to me. I mean, if someone mentioned a group of heroes out avenging death, would Diggle go, “AW SHIT IT’S THE AVENGERS.” No, because that’s an absurd parallel to draw. Anyway, Diggle breaks down and tells Laurel about his brother and the possible connections to H.I.V.E. because it’s Sharing Day at school and those two characters haven’t said three words to one another but now we’re supposed to believe everyone is best friends with Laurel. I don’t buy it. Her relationship with anyone in Team Arrow feels forced, at best.

Meanwhile, Oliver and Thea have breakfast with an old friend of the family, Jessica Danforth, and it’s delicious because that plebe Felicity didn’t cook the eggs. Jessica tells the siblings that she was inspired by the *sigh* Green Arrow and now she wants to put her face in the cross-hairs and run for mayor. It’s Sebastian Blood all over again except this time around it’s glaringly obvious Jessica isn’t going to become a permanent character. In a shocking turn of events, Jessica is attacked at her mayoral announcement (where she already has a “detail”), but have no fear! Oliver and Thea conveniently come to her rescue with the aid of “self-defense” classes. 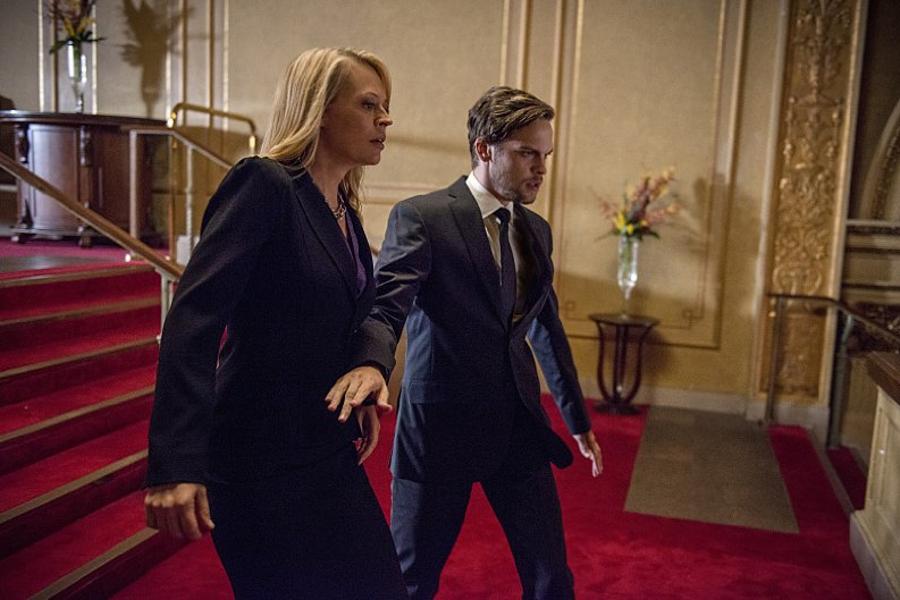 This is one of those moments where I’m frustrated with the story. Oliver barrels down the stairs after our baddie, hurdles over railings and into a semi truck. He has one of the most recognizable faces in all of Star City and he’s acting like it’s perfectly normal for a rich playboy to be speeding after armed criminals. Eventually a deus ex Honda shows up to halt his chase, even though we get no glimpse of the driver or the knowledge if they hit Oliver intentionally or not.

Thea’s still slowly losing her cool when it comes to handling bad guys and she and Oliver get into a fight reminiscent of ones I used to have with my sisters growing up. I don’t know why everyone looks so appalled. They’re siblings. Siblings totally fight with pots and pans and bows and arrows, right? For some inexplicable reason, Thea is only just now starting to show side effects from the Lazarus Pit, six months after the fact. Siiiiiiiiiiiiigh.

The best part of the episode, for me, came from Felicity’s stint as CEO of Palmer Technologies. I miss Ray. I miss him desperately. He was a beacon of light in an otherwise dark and serious show and now that position, once again, rests solely on Felicity’s shoulders. Palmer Tech isn’t doing so well when it comes to money, so Felicity is forced to reduce the workforce. However, adorably charming Michael Holt is there to help her save the day (in a clever fashion) and if the wiki is to be believed, he might become yet another addition to Team Arrow.

Later on we see our baddie of the week, Lonnie Machin, also known as Anarky in the DC comics, speaking with homeboy Damien Darhk. At first, Darhk lectures Anarky on getting the job done. He doesn’t know how those plebes down in gangville do their job but with H.I.V.E., shit gets done, so stop Jessica from running for mayor, alright?

(An aside, I totally think that Damien gives nicknames to all his cronies, but they all rhyme with “Darhk.” Like…Clarhk.)

Darhk then has to go back on his own words and criticizes Anarky’s kidnapping of Jessica’s daughter. In a high and mighty tone he says that sometimes there are lines we don’t cross as bad guys and god, Marhk–can I call you Marhk?–learn the rules of engagement. Damien, dear, I don’t think those rules apply once you start killing your own men and fail a train job. You don’t get less classier than that. Also, why doesn’t Darhk just, oh, I don’t know, kill Anarky at this point? It seems like Marhk’s left alive only to further the plot. Tsk tsk, writers. 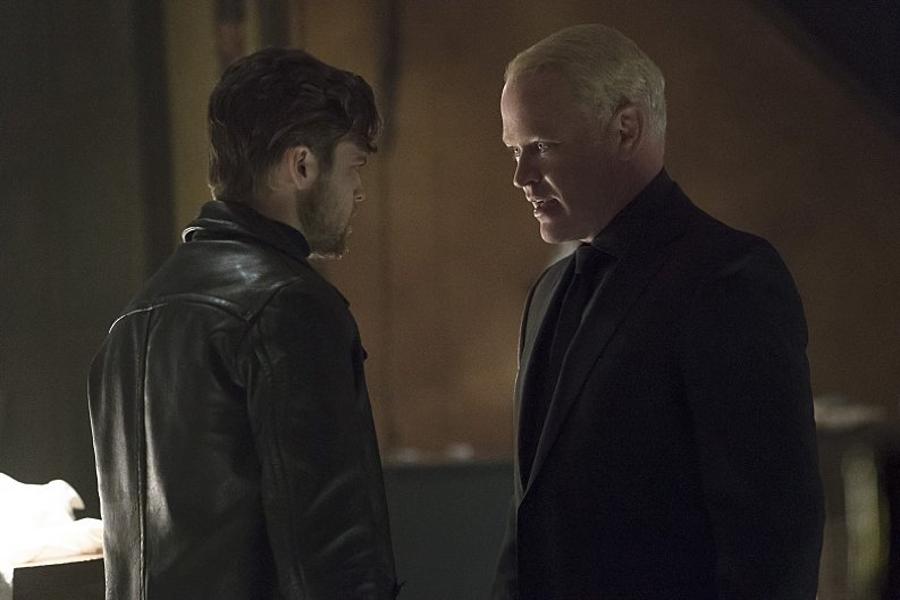 Eventually, Team Arrow learns the location of Anarky’s hideout (from the *ahem* traitor Captain Lance) and they rescue Jessica’s daughter. Anarky is sufficiently creepy and over-the-top, just like one expects from a DC villain. Thea almost incapacitates him without too much harm done but the lure of the stun baton is too strong and Anarky–oopsie–catches on fire. Frustratingly, Captain Lance blames Oliver and I sigh, not because Oliver is in “trouble” but because Lance has become an annoying caricature with unreasonable expectations. I know he’s taking out his own inner turmoil on Oliver because that’s the easy way out of things, but I expected so much more from his character.

Laurel and Thea share a moment discussing feelings and shit and Laurel gets a crazy idea. The pair should go to the spa, and by spa I mean, Nanda Parbat, and instead of helping Thea, they should definitely resurrect Sara who’s been dead for over a year. God, Laurel, you’re so good at ideas.

Speaking of crazy ideas, Oliver decides to run for mayor of Star City because that totally, definitely won’t back fire.

Meanwhile in the past on Lian Yu, Oliver is sent to infiltrate the island’s new captors and he learns that they’re using people as slaves. Oliver makes use of his rich playboy background and gets rid of the Shaggy Doo haircut in favor of something more…militaristic.

Arrow airs Wednesdays on the CW at 8pm EST.