“Oh hai,”  says Satisfaction, which has returned to USA starting today. “Remember me?” After watching the premiere, I’m really not quite sure I do. The show, an exploration of a happy, middle-aged marriage gone haywire, has seemingly ditched its meditative trappings in order to give us something along the lines of Silk Stalkings without the cop schlock.

It doesn’t help that it has a less than auspicious start, beginning right where the end of the first year started — with Neil and Grace making up inside their empty swimming pool. That is until Daniel, Mallory’s angry husband (Michael Reilly Burke), comes calling so that he can shoot Neil for sleeping with his wife. After practically going through the initial motions of raping Grace in front of Neil at gunpoint, Neil confesses to his affair with Mallory, Grace tearfully admits to hers with Simon — and Daniel ends up dead after Neil successfully disarms him and tackles him into the empty pool. Does Neil dial 911? Nope. They call Adrianna instead because when you’re on the line for homicide as a result of self-defense (I mean Grace was a goddamn witness here), call the woman who runs the escort service that got you to this point. 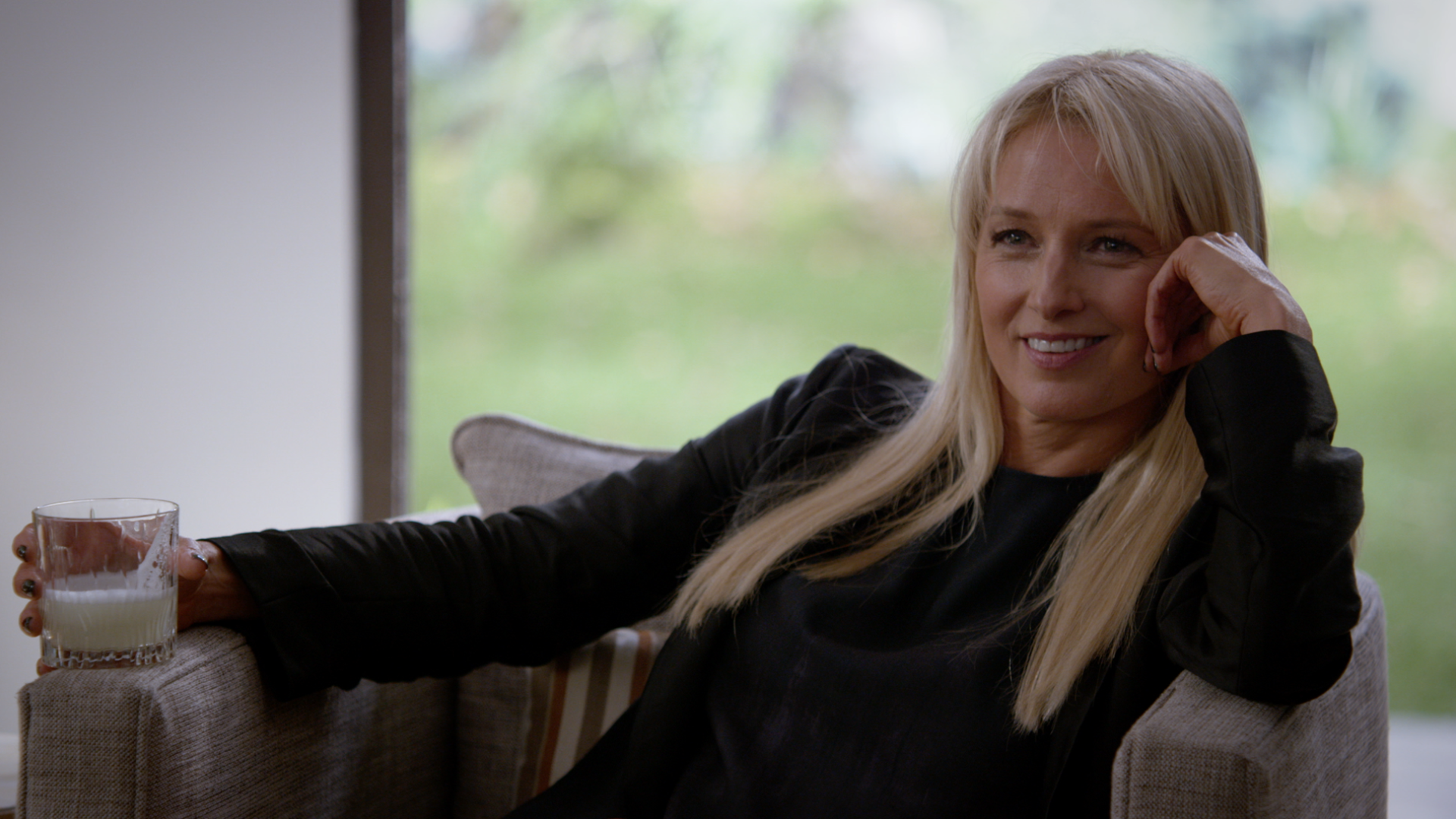 All of this, for some reason, drives Grace right back into the arms of Simon who has to help her remove her bra and panties so she can shower. D’awwwww. But after all the chivalry, Grace leaves him again two minutes later after he divulges his master plan: he’s selling a bunch of paintings he stole from his rich father in order to run away with Grace. Does she return to Neil with the intent on making amends? Wait a second…I forgot something because I’m getting ahead of myself: Anika (their daughter) ran off last season with Mateo to play at a local music festival. Neil, who no longer gives one fuck since Grace ran off, goes to find her only to get apprehended by the festival’s security squad and ends up screwing the stage manager because he’s a guy, she’s a chick and we haven’t had any sex to keep the audience interested in any of this. After Anika catches her father in bed with the woman, Neil admits that Grace left him — then forks over all the money she needs to “follow her dreams”. 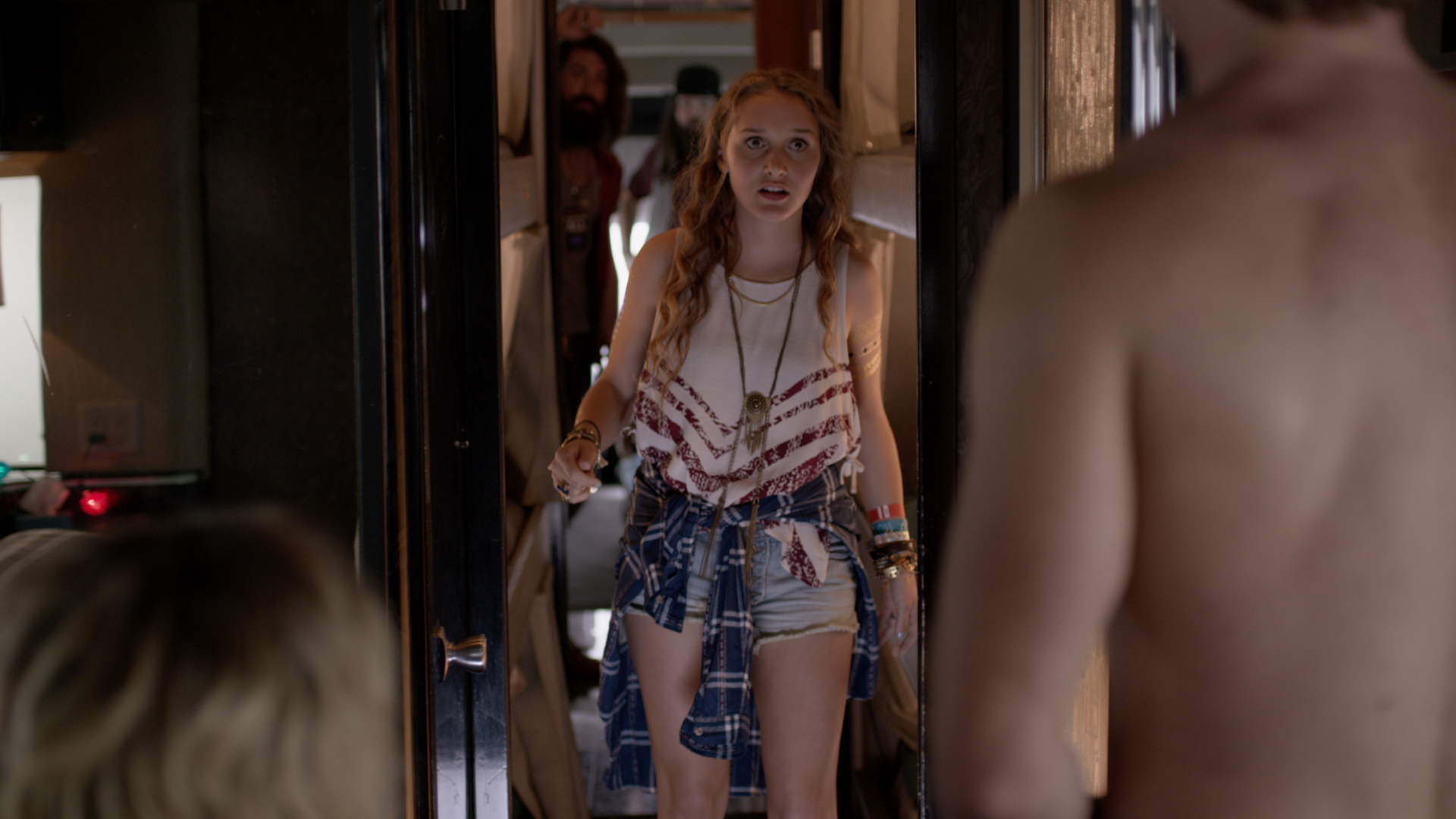 Grace, meanwhile, has put her bra and panties back on (along with the rest of her clothing) and she didn’t even need Simon’s help! I know, right? After all they’ve been through, she decides that it’s time for she and Neil to get on the same page in a scene which gives us one of the most nonsensical exchanges of dialogue since MTV’s Scream:

“I’m still hoping we can find our way back, Grace…”

“That’s all I ever wanted. Simon was…just…a door for me to try and…and find this…this part of myself that was lost so I could come back into our marriage and…and fight for it! But now it’s over, so…”
(They kiss, then make out, then really make out. Grace breaks the kiss.)

“Let’s not make this messier than it is!”

Am I the only viewer who thinks that none of the above makes sense? Grace cheated on Neil to start this whole thing. Neil, out of anger, cheated as well. Both of them owned up to their mistakes and took steps to improve their relationship — except Grace doesn’t want to improve because it’s “over”? And she goes to live with Adrianna, the big wedge between the two of them, at the end of the episode? 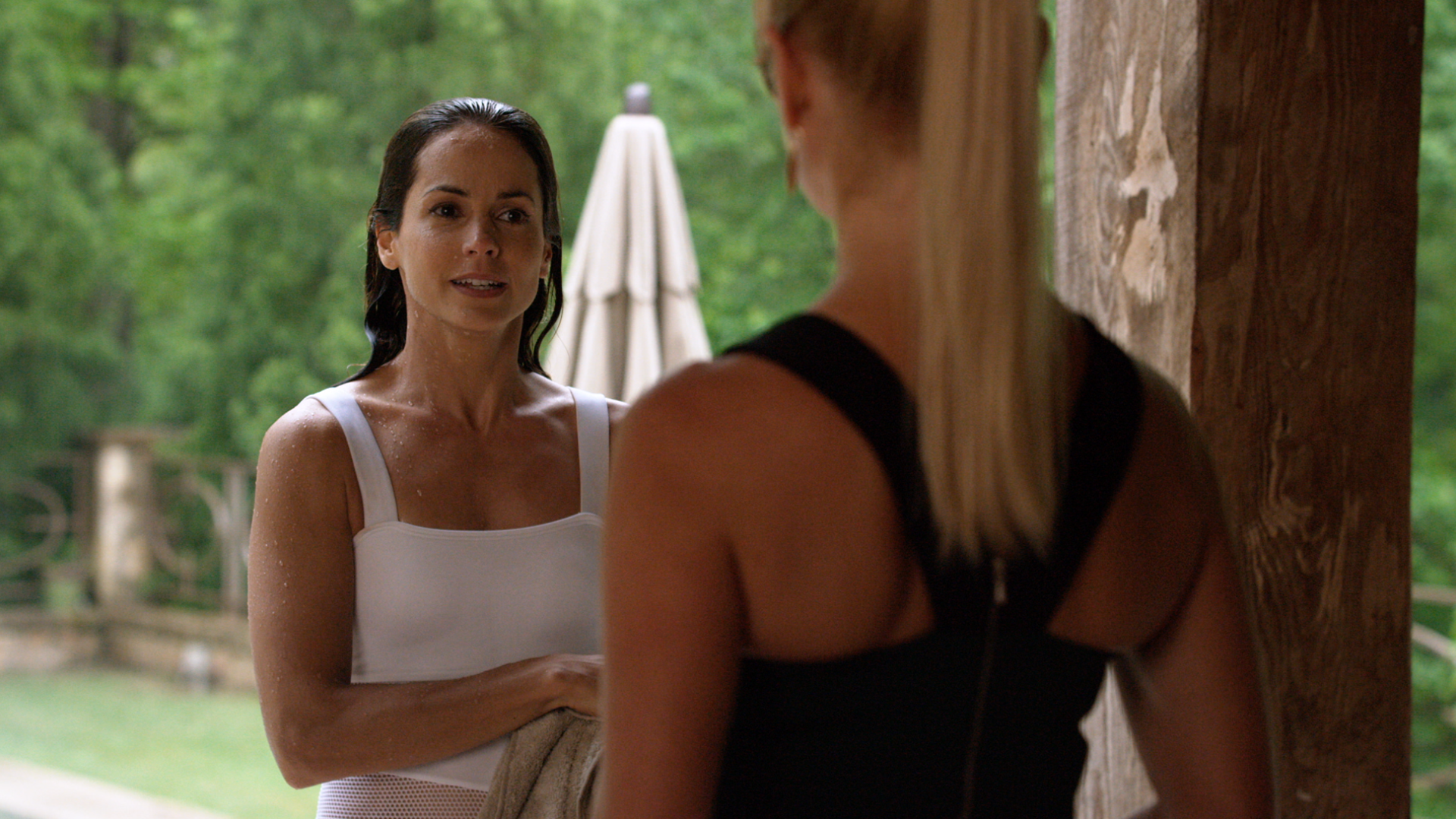 The first year of this show started silly but got better as it went along, diving deep into the emotional fabric that makes up a marriage. It seems to me that USA and the series’ showrunners have decided to forgo the structure they built in order to bring us a series that is in no way meant for USA. Watching “…Through Release” was like watching an episode which was rejected by HBO and AMC and handed down to network executives who wanted an insipid soap opera where Neil and Grace just do “things” for shock value. There are no more characters or believable situations on this show. We’re given actors who are just doing what the script says, even if it includes saying things that betray who they were shown to be the prior year. Even the “zen” portion of the show is gone: the Buddhist therapist Neil is seeing has been reduced to being a businessman named “Frank” (Tzi Ma) who visits corporate offices for meditation sessions.

As of right now, USA has put the entire second season of this show up on their website for binge-watching. While it’s a bit early to assess whether or not this is a bad sign, the first episode of the season does not promise us a bright future.