This Week on iZombie: Blaine starts rebuilding his Utopium empire, Ravi and Major get high and a frat brother is killed by a blue furry mascot named Captain Woozle from a Swedish kids show.

I was not a huge fan of this Frat Bro storyline, it just felt way to over the top. I don’t sit down to iZombie expecting a totally realistic representation of life, but this was ridiculous. When Liv and Clive arrive at the house, the brothers are just chilling in the living room, unfazed that their friend and fraternity brother was just murdered in that same house. Their friend is dead, and they most likely spent the rest of the night talking to the cops, and they are all just like “Bro, yeah that stabbing last night of our best friend was weird huh? Want a beer?” 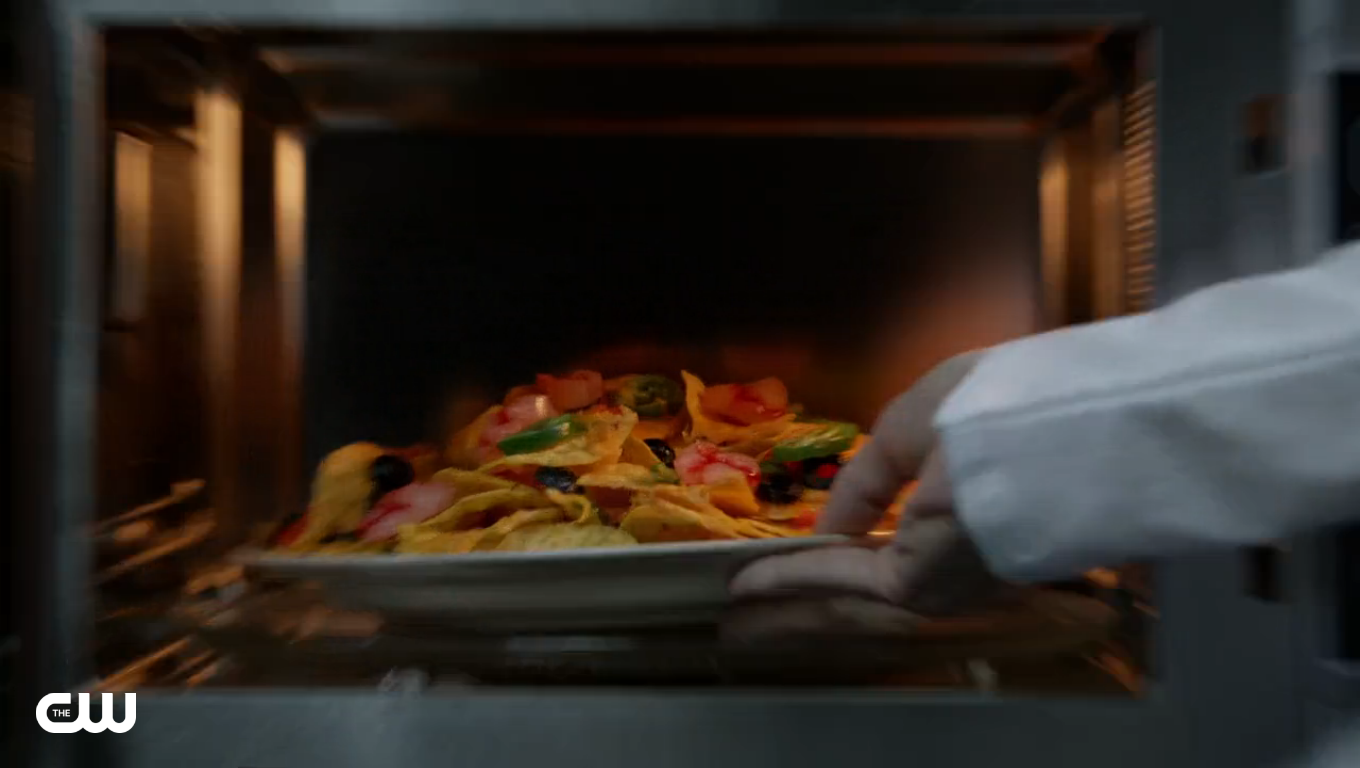 Human beings in college can’t be this dumb right? It would be one thing if they were all high, but I don’t even think that is the case! The brothers explain that Chad was their hero (read: a huge douchebag) who pulled asshole pranks such as making one of his pledges streak outside of an elementary school. This resulted in the kid getting arrested and forced to register as a SEX OFFENDER! What! The! Fuck! How is this frat still allowed on campus? How has it not be disbanded for documented incidences of hazing! The sex offender’s alibi for the murder is that he was talking to a girl while wearing a shower curtain costume. I am going to give this kid a tip, wearing a costume where a girl can step into it, and you can close that curtain, is not the best idea when you are a registered sex offender. 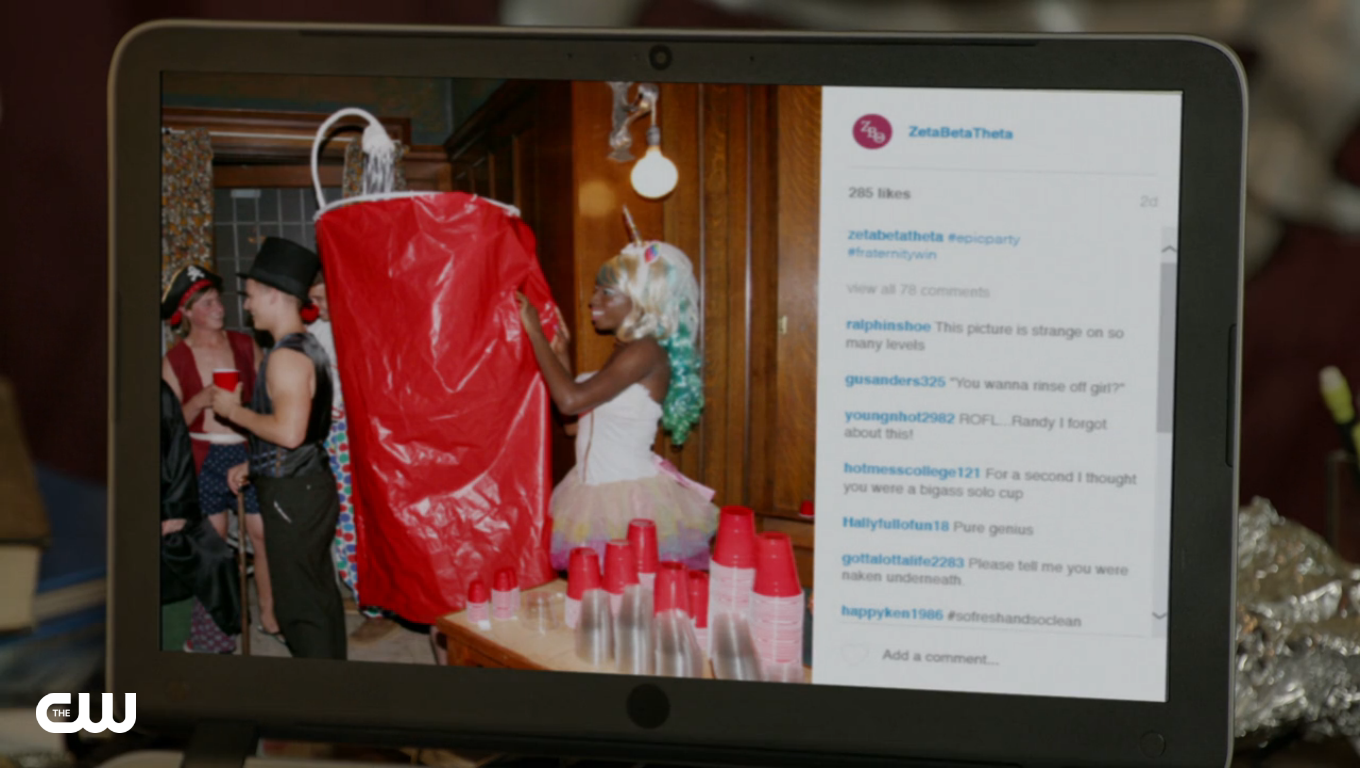 When Liv gets back to the morgue, her frat bro brains convinces her to prank a sleeping Ravi by giving him a glittery makeover. Liv’s experience with this brain feels a little on the head, usually the tendencies she adopts from the victim are more subtle than this. As Ravi begins to reprimand her she has another flashback to Chad, being the stand-up college student that he was, impersonated another student named Chad Wolkoff, and gave a tutorial of how to get away with drunk driving to a room full of high school seniors. While drunk off his ass.

I did not think that I could hate these fraternity brothers any more than I already did, but rest assured they figured out how. Liv and her new roomie Gilda head to Chad’s memorial ABC party and learn about the Dog Fight. Apparently Chad was last years winner of the ZBT “Dog Fight” a party where all the brothers bring “the homeliest girl they can find, and then the champion is the one whose date is the last dog you want to throw a bone.”I really have no words for this. I know they are using this as an example of how horrible and misogynistic frat culture can be, but just thinking about this party makes me physically sick. The fact that someone would first come up with this idea, second actually throw the party, third create trophies for the winners and fourth made it an annual tradition is beyond my comprehension. And now, this poor girl who was unknowingly victimized by Chad is now a possible suspect. Clive brings in Chad’s date, Paulette, from the Dog Fight for questioning and this scene is heartbreaking. She has no idea that she was the butt of these assholes cruel jokes, and when Clive has to break this news to her she breaks down.

To quickly wrap up this murder, since the crime has no real consequence to the story line, what happened is this: non frat bro Chad Wolkoff killed a man while drunk driving. That kid grew up resenting him and after searching his name, thought frat brother Chad was the killer. Next the kid started dating a furry, and killed the wrong Chad while wearing the Captain Woozle costume her rented for his girlfriend’s fetish. 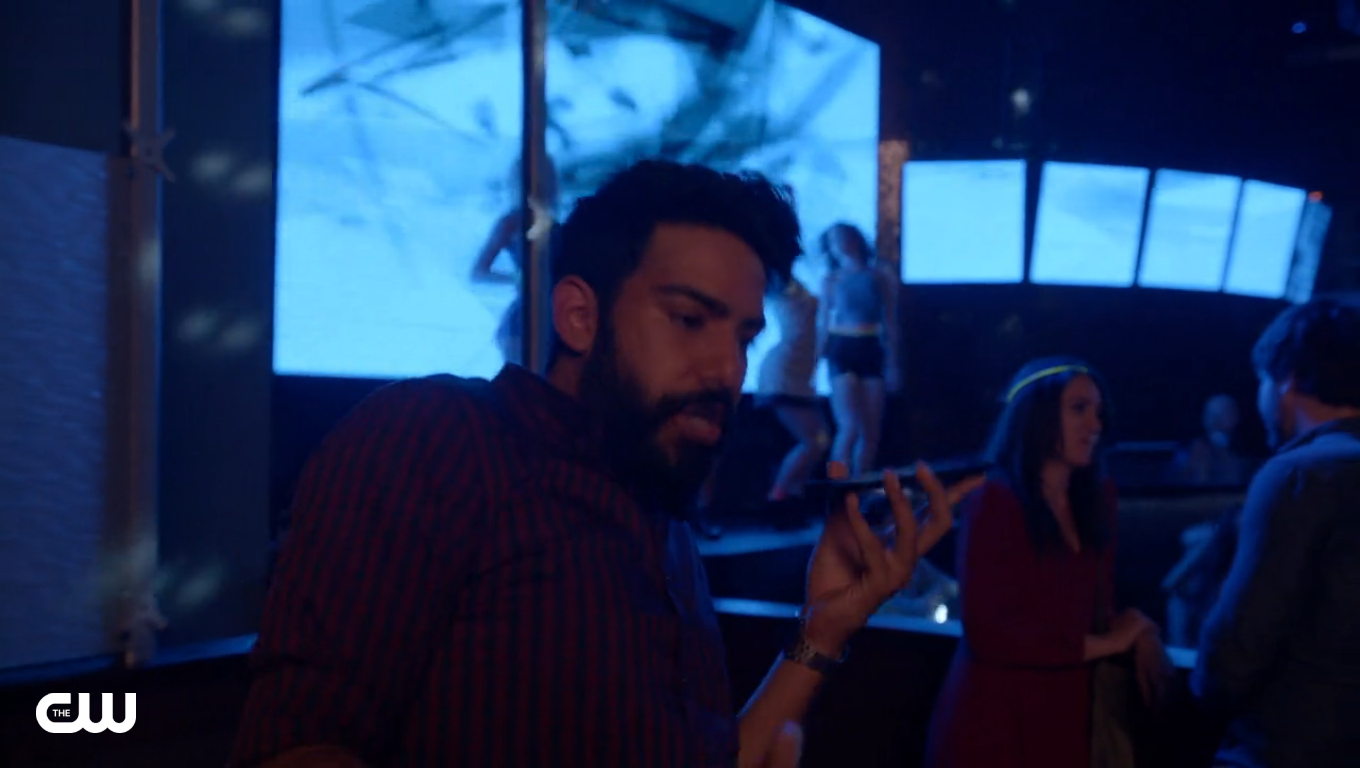 Ravi and Major’s are by far the best part of this episode. First, their friendship is magical. Ravi decides that he is going to use Utopium strictly for field research purposes. How is he supposed to study a drug that he doesn’t know the effects of and hasn’t been properly researched! He recruits Major as his tripsetter and the two head to the club to score some drugs. When they get to the club, Ravi finds Major’s ability to purchase illegal firearms does not translate to the ability to buy illegal substances. The two have difficulty finding a dealer, but this may partially be due to Ravi drinking red wine at a nightclub. They finally find a dealer, and Ravi gets high. And it is amazing. He is just standing in the middle of the night club, high as a kite, talking into his phone to document his high.

Major turns out to be the worst trip sitter ever because next thing you know Major is high and the two are their little butts off. Major ends up getting so fucked up that Liv has leave her frat party and come to Major’s rescue. Even though the two bond as Liv takes care of Major, it is short lived because when she stops by the next day to follow-up with him, Major will not let Liv see him. Instead he is locked in his room with some more U. Cue Major’s impending battle with drugs. 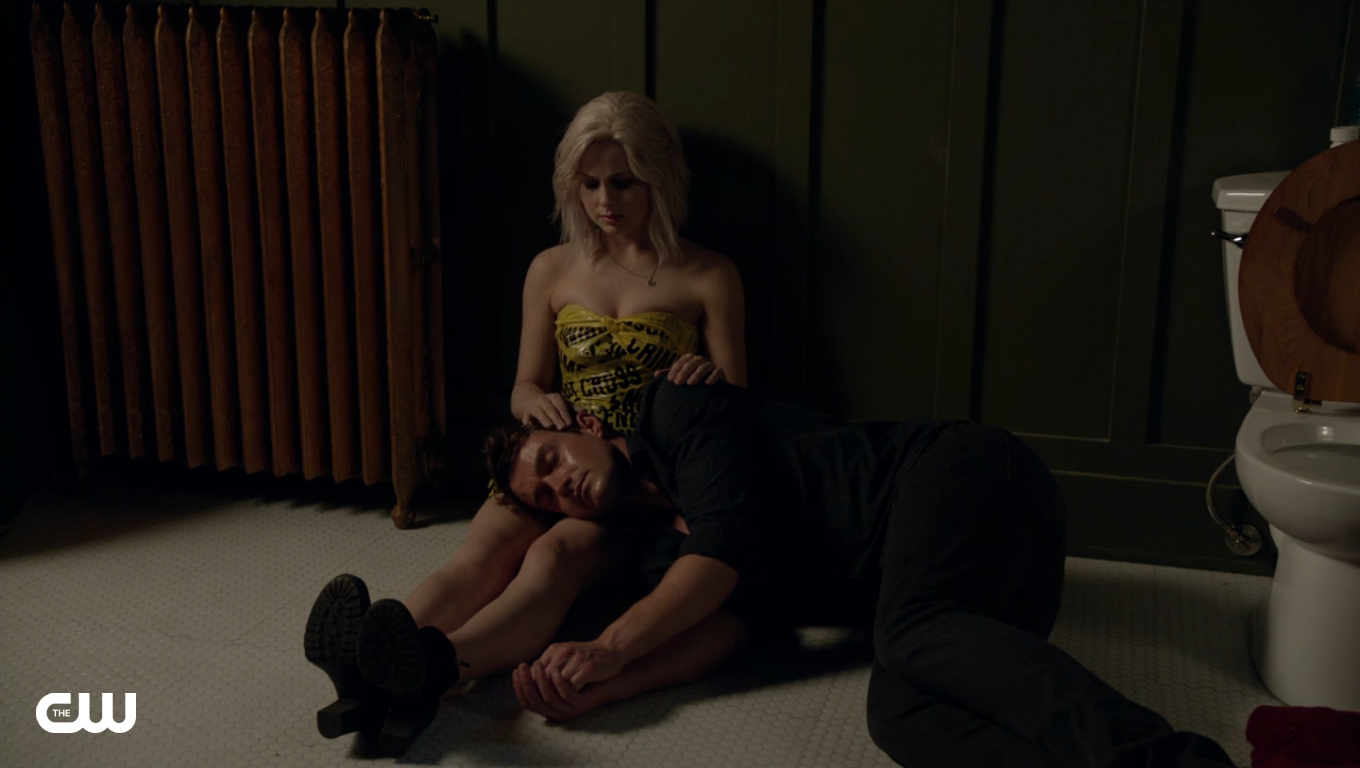 Lastly, there is the Blaine storyline, which was bizarre yet eventful. Blaine is starting to rebuild his Utopium empire, and is hiring rich trust fund kids whose dads cut them off to be his dealers. Unfortunately (or fortunately, I still am not sure what Blaine’s game plan is) all of his dealers are killed by the the current kingpin, Mr. Stacey Boss. His new goal is to take down this Mr. Boss, and to do so he needs some money from his pops. The father who he despises and turned into a zombie as soon possible. Blaine literally says that his life goal is to destroy his father and take away everything he owns.