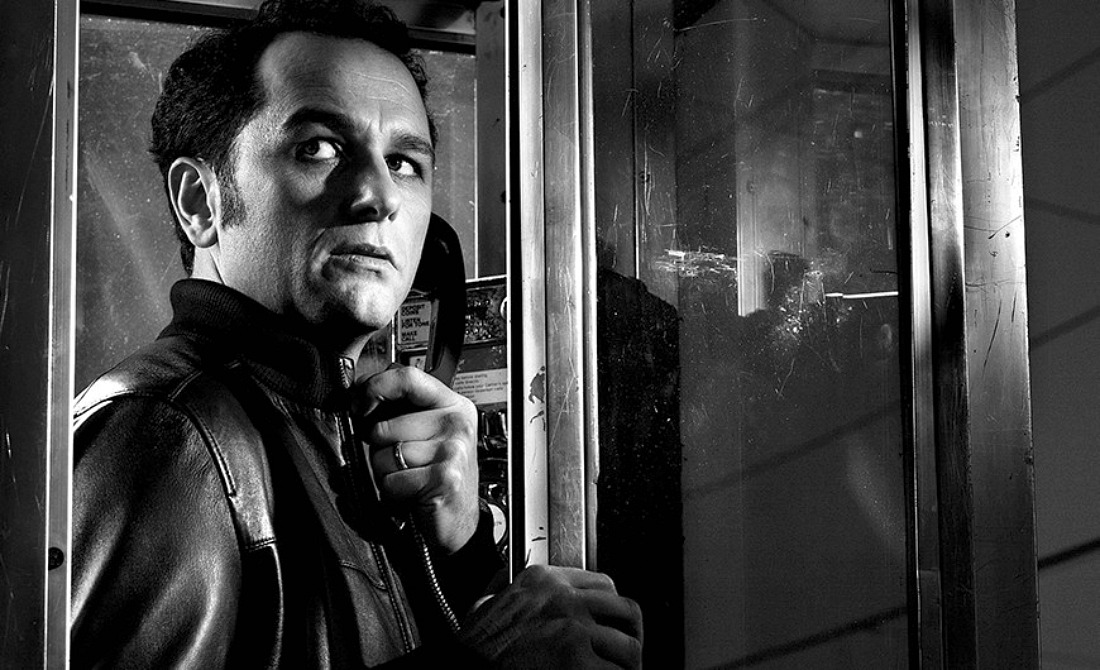 He may portray undercover KGB agent Philip Jennings on acclaimed Cold War drama “The Americans,” but in real life Matthew Rhys has no problem showing his true colors.

The Workprint caught up with Rhys in time for the spy thriller’s third season premiere, bowing tonight at 10 p.m. EST on FX, and fans might be dismayed to hear the actor aligns more closely to the show’s 1980s roots than they’d probably prefer.

“I’m a little bit of a Luddite. I still use pen and paper as often as possible,” Rhys joked, when asked if he enjoys participating in any social media activities to promote the show, particularly live-tweeting.

“It’s a sort of ludicrous notion to me, because I think, especially with our show, you ask the audience to go on quite a fantastical journey. It’s a big ask of them and of their imaginations to go with you,” Rhys continued, explaining why he believes the growing trend of digital interactivity between artist and subject can disrupt creative expression and, ultimately, the viewing experience.

“I think things like live-tweeting and things like that, what you’re doing is you’re sort of popping yourself out of that fantasy back into reality and telling the audience that you’re an actor playing a part. The suspension of that belief I think becomes harder, or the chasm becomes a greater jump. I don’t think it aids you in any way,” he confessed. Despite the passionate diatribe, Rhys admitted his staunch perspective could be attributed quite simply to personal preference.

“I’m just a bit more old school. I just want to watch it uninterrupted,” he declared.

Who can blame him? “The Americans” has enjoyed a stellar critical reception since its 2013 debut, with TV analysts heralding the show’s meticulous and suspenseful narrative structure that all but requires undivided attention. The series centers on two Reagan-era Soviet spies (Rhys and Keri Russell) posing as an American couple nestled in the Washington, D.C. suburbs with their two children. Creator Joe Weisberg spawned “The Americans” from his own experience as a CIA officer, but uses the show’s espionage framework as an allegory for what’s really a story about marriage.

Rhys picked up on the metaphor immediately, discussing how his initial reaction to the script targeted its emotional undertones rather than the flashier appeal of playing a secret agent.

“When I first read the pilot of this, at its heart, the most alluring thing for me was this incredibly complex relationship and how that would resolve and manifest itself,” he revealed. The dynamic between Philip and his wife, Elizabeth, is what preserves a symbolic consistency throughout “The Americans,” as the couple navigates their arranged domestic obligations alongside more unseemly ties to the criminal underworld.

The difficulty in maintaining such dire personal and professional balance reached new heights for Philip and Elizabeth in last season’s finale, as they were faced with the ultimatum of enlisting their teenage daughter, Paige (Holly Taylor), into the KGB fold. Rhys did confirm assumptions that the new arc will serve as season three’s chief undercurrent, but he also clarified that it exists primarily to reveal yet another layer within the show’s evolving core.

“I think this year, it’s [about] the conflict between Philip and Elizabeth about Paige. It’s sort of the more extreme version of what so many marriages and relationships go through in the raising of children,” Rhys explained. “It’s the absolute conflict that interests me, how it will resolve itself and the very rocky journey of getting there … Really, the entire season is that grapple and that wrestle between the two as they thrash it out.”

Potentially integrating Paige within their mission elicits comparison between Philip and Elizabeth’s own recruitment process and their current struggle to determine a solution concerning their daughter’s future. Rhys discussed how the connection plays a vital role in deepening the character histories that the show has merely teased up to this point.

“Philip and Elizabeth were children when they were picked, you know? They were in their late teenage years and I think heavily indoctrinated,” Rhys began, drawing parallels between Phillip’s life trajectory and the wrenching disapproval he feels toward Paige possibly joining the family business.

“He’s found himself in a vocation that he really didn’t choose in a way. I think it was kind of chosen for him, thrust upon him, and he’s evolving at a time and bursting out at a time when he realized it probably isn’t the life that he would have chosen nor is it the life he wants, and the same applies heavily for his daughter. He doesn’t want her pushed into something at such a young, vulnerable, impressionable age whereby in a few years she’s in up over her head, because it’s not a job you can quit overnight or walk away from. He doesn’t want her to have to do the many awful things that he has to do in order to stay alive and, therefore, keep the family alive.”

Moreover, their duties have kept Philip and Elizabeth a largely distant presence in Paige’s life, and their façade as a healthy, functioning family unit is only growing weaker with time. Elizabeth displays a more unwavering devotion to her motherland than Philip, enabling her to diffuse the long-simmering guilt he’s no longer able to ignore. Rhys expressed a sympathetic understanding of Paige’s inevitable dilemma, and why she’s already demonstrated a desire to seek outside support through a church group with which Philip and Elizabeth aren’t exactly thrilled.

“Philip and Elizabeth both suffered from absent parents in one respect or the other, and I think the same has happened for Paige,” Rhys explained. “She’s suffered enormously from two very absent parents and has sought the sort of comfort and light and guidance from elsewhere … I think children tend to find rebellion in the opposition of what their parents want. For them, it was the church.”

According to Rhys, Philip and Elizabeth likely find Paige’s interest in religion hard to swallow because it shines a light on the questionable ethics and unfathomable violence they’ve committed for the sake of a larger purpose. After all, he pointed out, the church and the KGB are each “a communal, supportive group that has a strong belief” in their own right. However, in the case of Paige’s Bible study, “there’s no risk of being killed or hurt or imprisoned as a direct result of your job,” Rhys continued, making clear that any choice between the lesser of two perceived evils would be a no-brainer for Philip. ”There’s nothing on God’s green earth that could make him acquiesce to the fact that [Paige] should join the KGB or, indeed, the intelligence world,” he declared.

The increasing complexities threatening the Jennings’ familial construct aren’t the only challenges on the horizon for “The Americans.” Oscar nominee Frank Langella is on deck for a recurring role as Philip and Elizabeth’s former KGB handler who’s come out of retirement to address unfinished business. For Rhys, the inclusion of such a celebrated thespian added undeniable, but welcome pressure to an already intense working environment.

“It’s sort of like having a silverback gorilla come onto the set in the best way possible,” Rhys laughed. “He’s this dominant, physical, mental, emotional, presence that kind of stiffens and straightens everyone’s back and lifts everyone’s game, certainly. The premise in which they set him, him being influential and instrumental in the training of Philip and Elizabeth is sort of great because it gives you instant history that he just does effortlessly. He has this commanding presence that builds a great conflict between them all. Working with him has been fantastic as he turned up with this natural presence and he is ready to listen, he’s ready to play, and he plays at a very high standard, which makes it exciting for us.”

Rhys already attaches palpable gratitude for the opportunity to be such an integral part of “The Americans” with or without an impressive roster of co-stars.

“I’d say this was my dream role. As a sort of box ticker for actors, I don’t think you could get better than this,” he gushed. “The layering, the complexity of it keeps getting deeper and more varied. There’s no danger at all of it ever becoming dull or repetitive. It’s incredibly challenging and dynamic. It’s everything you want or ever wanted to do in one part.”

While the individual performances have garnered their own fair share of accolades, fans and critics alike attribute much of “The Americans’” success on the undeniable chemistry between off-screen couple Rhys and Russell. Given the parameters forced upon them, Philip and Elizabeth’s unconventional love story is often interpreted as an ongoing, multitudinal struggle to differentiate between what’s genuine and what’s generated. However, Rhys believes it might all come down to matters of the heart for Philip.

“I’m a romantic in that sense,” he confessed. “I do think that he fell in love with [Elizabeth] in the beginning … I think he is emotionally a lot more available and open, and that doesn’t serve him well in this business at times. It takes its toll sort of deep down with Philip. I think it does affect him and it’s a problem that comes back. It’s sort of the return of the repressed. It comes back to haunt him.”

Regardless of each character’s personal plight, the overall journey for “The Americans” as a storytelling endeavor travels most seamlessly on a two-way street. Rhys agrees, once again citing Philip and Elizabeth as the proverbial hands that keep the show’s dramatic clock moving forward – even if they have to look back once in a while.

“It’s this dance that they have perennially. Their relationship and life together is so complex that it’s gymnastic in a way that it can leap from something incredibly domestic as to do with the kids’ school and then to do with a mission and then the killing or disposing of a body,” he explained.

“They jump these huge caverns, these leaps, varied and often and that’s true of their emotional life. They only have each other in this situation. There’s no one else they could turn to. There’s no one else who can empathize or sympathize like the other one can. Therefore, in that respect, they’re sort of beholden and dependent on each other. It makes for this amazing relationship whereby they need each other, but they antagonize each other enormously and they fight and they’re poles apart at times, but ultimately, knowing that they absolutely will always need each other, makes for incredibly interesting play.”

As long as Philip and Elizabeth still have each other it seems likely viewers will still have “The Americans,” for better or for worse — like any solid marriage.

Will Phillip and Elizabeth recruit Paige into the KGB? In the wake of the departing “Sons of Anarchy” and “Justified,” is “The Americans” now FX’s flagship series? Sound off in the comments, and stick with The Workprint for all your pop culture needs.

Erin is a co-founder of The Workprint. When not trapped in front of her laptop, she continues her quest to find the perfect cheeseburger. Follow her on Twitter @ErinBiglow.
@ErinBiglow
Previous ‘MARVEL’S AGENT CARTER’ Recap: The Blitzkrieg Button
Next Ms. Marvel, Agent Carter, and Age of Ultron news, oh my: A Marvel-palooza 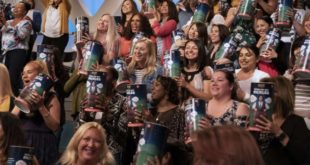 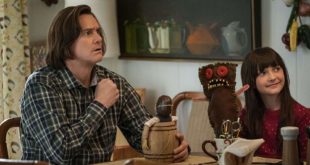 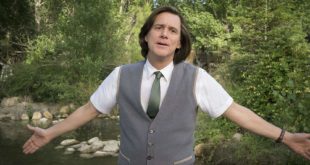 Kidding Season 2 Recap: “At The Deep End of a Black Pool” 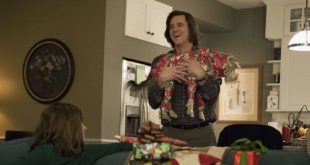