Earlier this week Deadline reported that Universal Pictures signed a three-year first look deal with Scholastic Inc. and Deborah Forte to bring the publisher’s notable titles onto the big screen. Forte has already brought a number of books to film and television including “The Golden Compass,” “Clifford the Big Red Dog,” “Tuck Everlasting,” and the upcoming “Goosebumps” starring Jack Black. 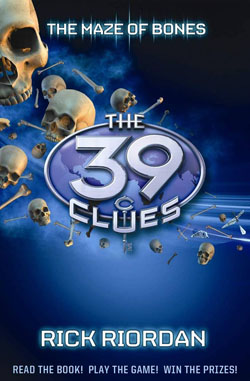 Already in current development is “The 39 Clues,” a middle grade adventure series centering on two orphaned siblings, Amy and Dan Cahill, who find themselves in a race to uncover their family’s biggest secret as they travel around the world for clues. Authors such as Rick Riordan, Gordon Korman, Peter Lerangis, David Baldacci, and Linda Sue Park have all contributed. As a huge fan of this series I couldn’t be more excited!

Scholastic possesses a wide array of great titles in their catalog and here’s what we thought would make awesome films for fans of all ages to enjoy: 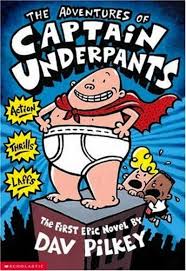 George and Harold’s principal, mean old Mr. Krupp, doesn’t like the pair’s pranks or their comic books. And he’s cooked up a plan to catch George and Harold and stop their shenanigans—once and for all! Here’s the story of what happened when that plan back-fired, and Captain Underpants leaped off the page to save the day!

Our thoughts: While an animated version of “Captain Underpants” is in pre-production, we’d love to see Bryan Cranston as Captain Underpants in a live-action version. Fans of all ages who enjoyed the “Diary of a Wimpy Kid” series can definitely get behind the shenanigans of George and Harold! Plus c’mon BRYAN CRANSTON. 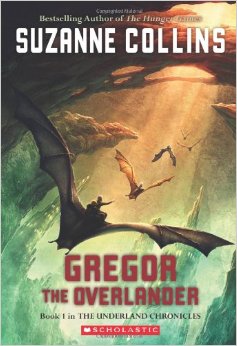 Meet Gregor, a kid from New York City, who falls out of his laundry room into a fantastical subterranean world called the Underland. Accompanied by his toddler sister, Boots, he encounters giant talking creatures– cockroaches, bats, spiders and rats–and an unusual society of humans. And they’re all expecting him…

Our thoughts: While it’s not quite as high fantasy as “Game of Thrones,” fans of the genre can definitely enjoy the the variety of creatures in the Underland! Brought you by the same author who’s given audiences “The Hunger Games.” 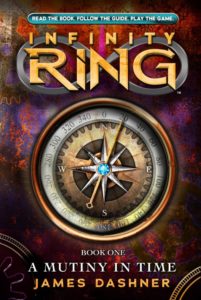 When best friends Dak Smyth and Sera Froste discover the key to time travel — the Infinity Ring — they’re swept up in a centuries-long secret war for the fate of mankind. Recruited by the Hystorians, a secret society that dates back to Aristotle, the kids learn that history has gone disastrously off course — and it’s up to them to fix it, with the help of teenage Hystorian-in-training Riq. First stop: Spain, 1492, where a sailor named Christopher Columbus is about to be thrown overboard in a deadly mutiny.

Our thoughts: Doctor Who fans can definitely get into this as two kids travel through time to fix history and save the future. What’s not to like?? 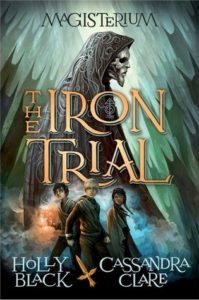 “The Iron Trial” – written by Cassandra Clare and Holly Black

All his life, Callum has been warned by his father to stay away from magic. If he succeeds at the Iron Trial and is admitted into the Magisterium, he is sure it can only mean bad things for him. So he tries his best to do his worst — and fails at failing.

Now the Magisterium awaits him. It’s a place that’s both sensational and sinister, with dark ties to his past and a twisty path to his future.

Our thoughts: For those who love “Harry Potter” this could be the fix you’re looking for. Written by Clare (“The Moral Instruments” series) and Black (“The Spiderwick Chronicles”), the duo does a great job world building and plotting some very unexpected twists and turns. 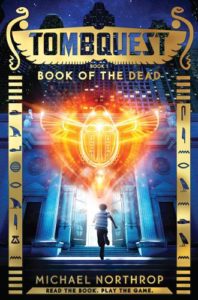 Nothing can save Alex Sennefer’s life. That’s what all the doctors say, but his mother knows it’s not true. She knows that the Lost Spells of the Egyptian Book of the Dead can pull her son back from the brink. The problem? When she uses the spells, five Death Walkers are also brought back to life.

An ancient evil has been unleashed. Long-dead mummies are awakening. New York City is overrun by menacing scorpions. And worst of all for Alex, his mom and the Lost Spells have both disappeared. He and his best friend, Ren, will do anything to find his mom and save the world. . . even if they have to go head-to-head with a Death Walker who has been plotting his revenge for 3,000 years.

Some tombs were meant to stay closed . . .

Our thoughts: Mummies come back to life, ancient curses, magic, and secret societies sound like a recipe for adventure! Fans of old movie monsters or even the more recent “The Mummy” franchise can appreciate the dead resurrecting to seek revenge on the living!