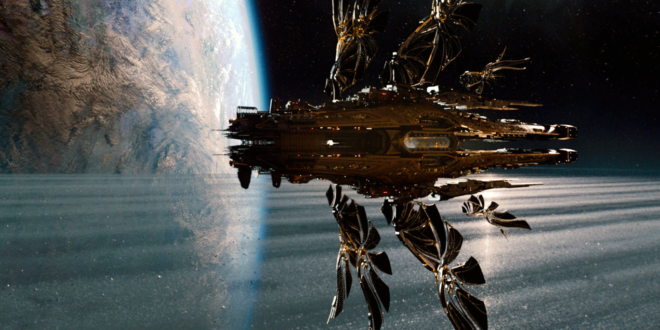 After watching Jupiter Ascending when it released (and sharing Trisha’s sentiments about the film completely), I have come to the conclusion that without the crutch of a source material, Hollywood simply cannot make a compelling science fiction movie.

Don’t get me wrong, I LOVED Guardians of the Galaxy. It was one of my favorite movies in recent years (sorry, Joss and the Avengers). However, relatively unknown as the comics may have been before the movie, there isn’t exactly a shortage of material from which to draw. Heck, the compilation by Dan Abnett and Andy Lanning is an excellent study guide for anyone wishing to learn about the Guardians. James Gunn and Nicole Perlman definitely wrote the heck out of their screenplay for the film, but they also already had firmly established characters with years and years of background, history, and relationships. Maybe it sounds harsh but of course it’s easier to craft a compelling narrative when the characters and subplots between them have been handed down to you. Just look at the world of fanfiction. (I’m not knocking fanfiction; I love you guys!)

However, even with the entrenched characters and pre-made world, Guardians is still an anomaly in the realm of science fiction movies. With a backing of source material and large fandoms, movies like Divergent, Tron: Legacy, and Ender’s Game still floundered. (But my god were they stunning to look at.) I have yet to see the film, but the newly released Chappie seems to also suffer from the same flaws. (And racking up less than stellar box office numbers.)

And therein lies the issue.

Hollywood has been amazing at crafting fantastical worlds. Jupiter Ascending, for all its flaws, was gorgeous to behold. The premise, the differences between planets and spaceships was everything I wanted in a sci-fi movie. But when all is said and done and the movie releases, these Hollywood-made worlds are left out to rot and I’m not exactly sure why. Maybe all of the energy was put into CGI, costumes, and fight scenes so then nothing was left for the actual story or the characters in it. Or maybe Hollywood has the wrong impression of viewers. Have I missed some stereotype that  any fan of sci-fi must want 35 minutes per movie of ridiculous, over-the-top battles that have little to no bearing on the story at large? Dazzle viewers with the pretty and hope they don’t notice the Mary Sue and Gary Stu leading the charge, amirite, Hollywood?

Except we do notice. We notice every time. We aren’t cats, able to be distracted with a laser pointer. No matter how gorgeous a film is, we prefer substance. Why do you think fans still watch the original Star Wars trilogy on repeat even though the graphics are abysmal compared to modern standards?

Could not more time be spent on developing real characters with flaws and personalities, who maybe don’t instantly fall in love with the first person they come across in their age range? I’m sorry, Hollywood, but love doesn’t make a character complicated and ten minutes of background narration at the beginning of a film isn’t a substitute for telling a real story.

TV shows have had better success with their ventures into the science fiction realm. Star Trek, Battlestar Galactica, Firefly, Helix, Farscape, and so many more have maintained momentum with fans. (My editor would like me to remind you that The 100 and 12 Monkeys–newer shows–are also fantastic.) Is it because there is more time to learn about characters and plots, subplots, etc.? I suppose I can understand that reasoning, but it still isn’t an excuse. Besides, Hollywood doesn’t seem to have nearly as many issues with other genres.

I don’t know that I have an answer for Hollywood, other than to start giving a shit about the stories they write. This is one instance where I desperately want someone to prove me wrong. (Okay, maybe I want writers of video game movies to prove me wrong just a bit more.) If anyone has suggestions for movies I may have overlooked, I am all ears.

Don't let the fancy nerd duds deceive you; Jen’s never been described as “classy.” You can find her on Twitter where she stalks all of her favorite celebrities: @jenstayrook. Or you can find her on Steam or Xbox dying in every game she plays as "Rilna." Email: jen.stayrook@theworkprint.com
@jenstayrook
Previous 5 Scholastic Books Universal Needs To Make Into Movies
Next ’12 Monkeys’ Recap: Jones’ Mad World 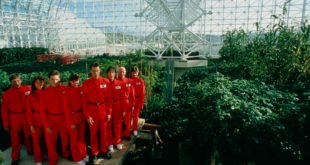