We are in an odd era of sequels where Hollywood has decided to pull on our nostalgia strings, reminding us of the great memories we have from movies 10 years ago (or longer). Some have been successful at balancing just the right amount of winks and nods to the original while still holding its own, such as Anchorman 2, while others have relied too heavily on the past, just recycling old jokes with nothing new to show. (We’re looking at you Dumb and Dumber Too.) Thankfully, Zoolander 2 falls into the former rather than the latter, but how does this kind of humor hold up after so many years?

Zoolander 2 picks up right where the last movie ended back in 2001. The movie begins with a quick overview through newscasters highlighting the major plot points of what has happen in Derek Zoolander’s life since we last left him. Sadly, his wife Matilda died only days after the completion of Derek’s “Center for Kids Who Can’t Read Good and Wanna Learn to Do Other Stuff Good Too”, as the building collapses, killing her inside. Derek also loses custody of his son, Derek Jr., when they realize he is not fit to be a father. In other words, the movie opens with Derek is a very dark place.

In this detrimental time, Derek decides to leave the fashion world behind, changing his name to Eric Soolander, moving out to a cabin in the middle of nowhere (New Jersey) to become a hermit (crab). The tone of the movie quickly changes, however, as Derek receives a visit from Billy Zane. Billy brings him his latest Netflix DVD delivery, but more importantly, brings him an invitation from the mysterious Alexanya Atoz (Kristen Wiig) to join a fashion show in Rome. Derek’s old partner Hansel also receives an invitation, and the two meet up at the modeling gig.

Derek and Hansel eventually learn that it’s a trap. They have been invited only to be mocked for their old age, and even older fashion sense. At this realization, the movie finds a new path, as Derek decides he wants to find his son and try to rekindle the relationship they use to have. Hansel on the other hand, is running from a relationship he feels that he is not properly prepared for. This is where the movie really starts to find its groove, giving it its own identity from the original and carrying it to the end of the film. 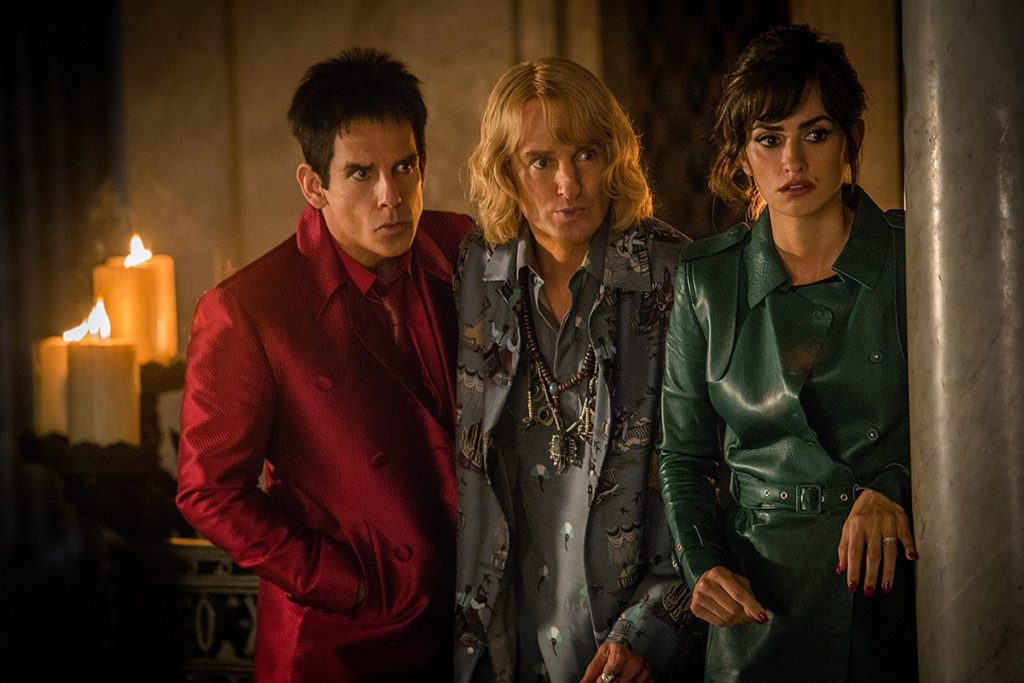 I only have a few gripes with the film. My first would be Will Ferrell. While this may sound crazy, as he does embody the perfect villain for this film, I feel that he completely eclipses Kristen Wiig. By the time we are starting to see the plans come together for Wiig’s character, Farrell is brought in for the last third of the movie. He quickly steals the show, but I feel that the movie could have succeeded just the same without him. Why have two villains if you are only going to pull the rug out from the first one? Wiig absolutely shines in the small amount of screen time that she has and I only wish that we could have seen more of her character Alexanya.

The other nagging thing about this film would be the robust amount of cameos. This movie is filled to the brim with celebrities, including Justin Bieber, Benedict Cumberbatch, and Susan Sarandon, to name a few. While I have nothing against having a surprise star pop into your film, most of these cameos are part of jokes that fall flat. If you’re going to take the time to have these stars appear in your film, at least give them something notable to do.

One analogy I pulled from the film is how Derek and Hansel learn that through the passage of time they are no longer relevant, which I found to be a great parallel for this movie. Comedy changes over time, people’s taste change, and comedy is subjective. What I find funny, you may not find humorous at all. So, is what was funny 15 years ago still funny today? Well, that really depends on where you were when the first movie released in theaters.

Back in 2001, I was a Freshman in High School. I saw the original Zoolander in theaters with a bunch of my guy friends. We laughed the entire way through at the zany, offbeat humor and still find ourselves quoting lines from the movie today. If you are younger, however, and your comedic tastes learn more toward the sarcastic, gross-out humor of today, you may not find the dumb, slapstick comedy of this movie up your alley. This is the type of movie where you just need to leave your brain at the door, letting yourself fall back into the crazy, kooky world this film provides. 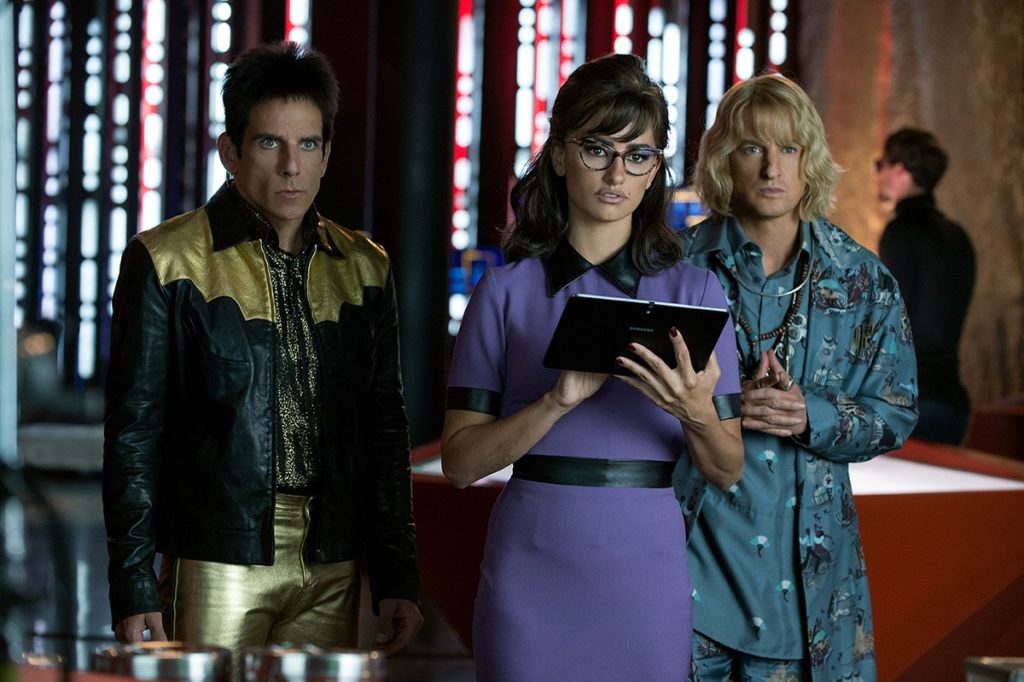 As far as sequels go, this movie definitely could have gone the wrong way. I think Ben Stiller and friends absolutely made the right choice in turning this into a global trek movie in search of Derek’s son, instead of trying to tell the same story from the original. They could have easily made this movie about Derek trying to make his way back to the top of the fashion world, but instead decided to go with the “fashion police” framework you see today. If you are a fan of the original, I would absolutely suggest checking this movie out, if only to take one last trip down memory lane with Derek and Hansel. If you have never seen the original, or are less inclined to laugh at slapstick humor of the past, I would say you should probably sit this one out.

Previous article
Review: It’s no ‘Green Lantern’ but ‘Deadpool’ is alright, I guess
Next article
‘The X-Files’ review: ‘Babylon’