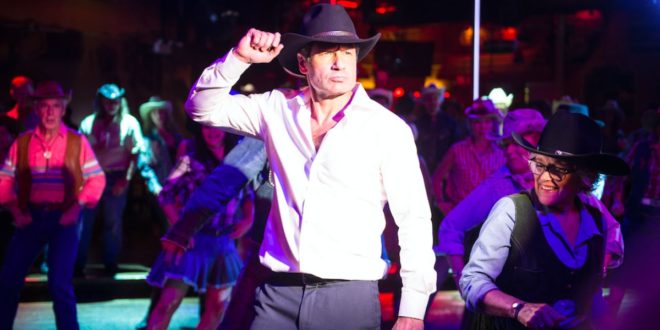 We deserve BETTER than this. FAR better than this.

I say this as a writer/reviewer and as a fan of The X-Files since it first aired back in the early 90’s when yours truly was raving about this show to his high school chums.

You know you’re up shit creek when you’re not sure if you’ve accidentally started watching the 24 revival: Shiraz (Artin John), a Muslim kid, prays to God — then travels to pick up his colleague so that they can go to a museum showcasing the Prophet Muhammad. On the way, he bumps into a Pure ‘Murica yokel in a truck who drinks beer and wonders “what country he’s in”. When they get to the museum, boom. It’s hit by an explosion, followed by a gratuitous shot of people running out of the place engulfed in flames, a pleasant sight to be sure. But, then, this is the same series that used imagery from 9/11 at the beginning of the revival to try and win emotional points with the audience. Subtle.

How does any of this involve Mulder and Scully? It doesn’t. Mulder’s content with reviewing tapes of religious phenomena with Scully in their FBI dungeon. But Agents Miller (Robbie Amell) and Einstein (Lauren Ambrose — and, YES, that’s the actual character’s name) are a different story. They’re a YOUNGER version of Mulder and Scully. They look like Mulder and Scully. They act like Mulder and Scully. Sadly, that’s really about it. There’s no reason they should even exist as characters outside of being an arbitrary dose of self-deprecating meta injected into an aimless episode to advance an incredibly weak plot: one of the terrorists who aided in blowing up the museum is brain dead at a hospital in Texas so Miller comes to Mulder and Scully looking for a shaman or necromancer of some sort so that they can get into his mind and “find out what he knows”.

At first, Mulder and Scully scoff and send the agents on their way — only to change their minds and deal with the agents directly. While Scully helps Miller (by attempting to read the terrorist’s heart monitor like a polygraph machine while they ask if the kid can hear them — I kid you not), Mulder’s method of communication involves the theory that thoughts suddenly have “weight” and can directly affect the things people do. Naturally, this means Mulder’s plan involves tripping out on ‘Shrooms because he hears that people who use that stuff get “closer to God”. And who better to assist him with this than Agent Einstein who — you guessed it — is a doctor/scientist who has access to ‘Shrooms?

What follows is an embarrassing sequence (even for this show’s lighter episodes) where Mulder goes insane, wanders out of the hospital while winking and pointing at doctors and patients and ends up at a Texas dance club, line dancing to Billy Ray Cyrus’s “Achy Breaky Heart” with the bar’s other customers which include Walter Skinner (Mitch Pileggi, god bless that man for putting up with this shit) and the late, great Lone Gunmen (Bruce Harwood, Tom Braidwood and Dean Haglund — oh, what COULD have been) and also a dominatrix version of Agent Einstein. Y’know. Just cuz. Eventually, Mulder does have his “closer to God” experience when he encounters a near-unconscious Shiraz aboard a slave ship (controlled by The Cigarette-Smoking Man as long as we’re going balls-out crazy here) who tells him where the rest of his terrorist group is hiding out.

Oh, by the way, Mulder wasn’t really tripping balls. Einstein really gave him Niacin pills. In effect, Placebos (which totally give a person “visions”, just like Mushrooms do) — but, then why was Mulder tripping? “It was the Power of Suggestion,” Einstein triumphantly declares, leaving Mulder dumbfounded, swearing to Skinner that he saw The Lone Gunmen there and that Skinner, himself, was cheering Mulder on as he got his groove on. But all that didn’t happen…it’s just what Mulder believed, see? SEE???

This is what the revival of The X-Files has come to: long-winded minutiae culminating with weak punchlines. The shitty Mulder/Scully clones aside, one of the more irritating aspects about this particular episode is the set-up: dumb white American hick stereotypes making fun of the “brown person” (their words, not mine) resulting in Shiraz rolling his windows up in the apparent fear that harm is about to come to him…and then it turns out those hick Americans were right. Shiraz was an evil “brown person” after all, so our fear of those people are justified! This is driven home by two white government officials who get all fearmongery with Miller, telling him that these people are all here to wipe us out.

I’ve been through “First-Person Shooter” and “Bad Blood”.and “Teso Dos Bichos”. I know what “X-Files Awful” is. I’m not really sure there’s not much more to say here except for the only three words that will forever describe my future aversion to this entry:

Matt Perri is one of those literary Ronin you’ve never heard of until he shows up and tells you he’s a literary Ronin. He’s a native Californian, a film buff, old school gamer geek, and a sports/entertainment fan. A lifelong Giants, 49ers and Sharks fan, he also covers the world of pro-wrestling, writing recaps for WWE Monday Night RAW and Total Divas at Scott’s Blog of Doom. You can follow the guy on Twitter via @PerriTheSmark as well as here at The Workprint and his own blog, We Hate Your Gimmick.
@PerriTheSmark
Previous ‘Zoolander 2’ Review: Fashionable Humor Laced With Nostalgia
Next ‘The Magicians’ Review: All Magic Comes With a Price 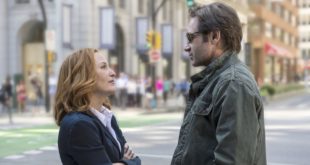 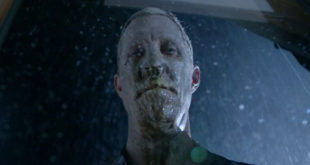 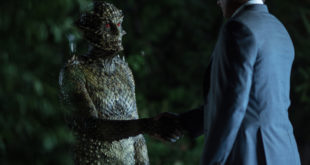