Last night’s stellar Agents of SHIELD episode, “4,722 Hours,” took viewers back to the final moments of the show’s season two finale, where Jemma Simmons was swallowed up by the monolith. The episode followed Simmons from the moment of her abduction to the moment of her rescue by Fitz.

While we already know Simmons was transported to another planet, the episode detailed her time and survival in the unknown system. The episode left me with two questions:

After thinking about it, I came up with three possibilities from Marvel’s comic book history on who the reaper could possibly be. 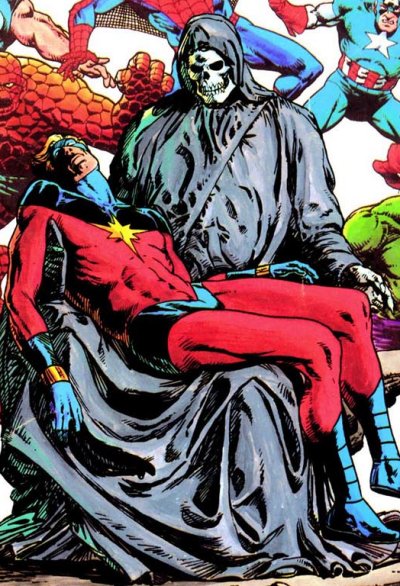 Death is well, Death. Death (or Lady Death) is the cosmic manifestation of death in the Marvel Universe. Thanos the Mad Titan, and ultimate big baddie in the Marvel Cinematic Universe, has an obsession with her, to the point where he will do anything to please her. This is even hinted at in the credit scene from the Avengers where Thanos smiles when he hears the phrase “to court death”.

Why it could be Death:

I mean, come on, look at the picture. The reaper looking hooded figure looks exactly like the comics. Plus, who could resist having some Marvel TV/Marvel Cinematic Universe tie-in? Also, the previous episodes allude to the various cultures having labeled the obelisk with the word “Death”.

Anything tying into Thanos is just a bit too much for Agents of SHIELD at this point. Thanos is the endgame and Infinity War doesn’t come out until 2019. In addition, why would Lady Death care about this planet? Yes, it’s obviously special because the obelisk wouldn’t just be here for no reason, but there has to be some reason for a cosmic being to be there. Why would they build a portal to a place like that? It simply just doesn’t make a lot of sense. In the comics Death hangs out in a cosmic mausoleum in deep space and keeps thralls of the half dead as her only company. She doesn’t stand for anything living, which would make it hard for Simmons and Will to hang around as long as they have.

Probability of the reaper being Death: 1% 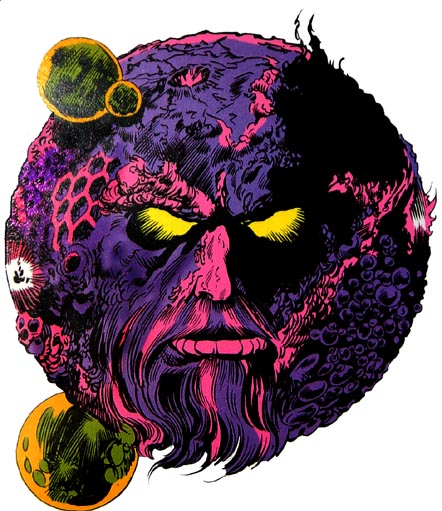 Ego, as per the name, is a living planet. Funnily enough, it also had a moon, called Id. The entire planet houses a consciousness and the planet acts as a body, with the collective geography and biome in control of Ego.

Why it could be Ego:

Have I mentioned the Ego has vast psionic powers? Psionic powers to the point that they rivaled those of Galactus. Manipulating the minds of humans would be child’s play. In addition, Will Daniels had previously mapped the planet, and the canyon gap seemed to widen at an impossible rate. That, and the fact that he commented that the planet didn’t want them to go and it seemed to be “alive” are all pretty big tells indicating that it could be Ego. Oh, and that portal? Gee, I wonder if it could be a part of a living planet that it can control.

Let’s be honest, the concept of a living planet is not very TV friendly. It’s a pretty out there concept, and the execution would be pretty tough. I originally also thought that Ego started out in the Fantastic Four so there would be a rights issue, but Ego showed up in Thor first, so I guess that won’t be a problem. However, Simmons is on record saying that the planet has multiple moons, so that would be a conflict. Also, it is said that Ego was born in a “black galaxy”, and the setting in the episode clearly shows otherwise.

Probability of the reaper being a psionic manifestation of Ego: 30% 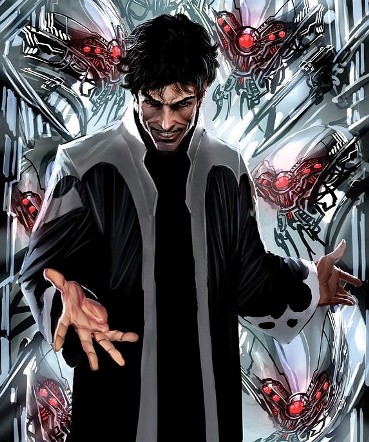 Maximus the Mad is the brother of Blackagar Boltagon (aka Blackbolt). Blackbolt is the head of the Inhuman royal family, a king by right, and ruler of Attilan. Maximus is therefore a prince and second in line to the throne. His Inhuman ability is extremely powerful mind control.

Why it could be Maximus:

There’s a reason he’s Maximus “the Mad”. He is a psychopath who has tried multiple times to manipulate Blackbolt into murder in order to usurp the throne for himself. This has led to him being jailed. His bloodline is the only reason he hasn’t been executed. With the huge Inhuman focus for this season, this would be an incredibly reasonable way to introduce the audience to the “real” Inhumans. It would also make sense that this world is his prison, and the Obelisk the only way to his “cell”. This makes even more sense if you think of the hidden Inhumans as those who support Maximus in his claim for the throne of Attilan. Oh, and the scientists going crazy, Simmons visions at the end of the episode, totally within Maximus’s M.O.

The folks at Marvel Studios have already been on record about being less than happy about Agents of SHIELD doing the Inhuman bit. Maximus is a huge character and has been a main source of conflict in the comics. To allow Marvel television to have first crack at what should be an integral character to the movies would be crazy. Also, Maximus is usually better dressed than the reaper.

Possibility that the reaper is Maximus the Mad: 40%

Also, I kept thinking originally that the place Simmons was transported to was the Blue Area of the Moon, which would’ve been SO cool, but the sky quickly told me that was a lie, oh well.
Have theories of your own? Chime in by adding them to the comments section below!

Agents of SHIELD airs Tuesday nights at 9 PM on ABC.

@theworkprint
Follow
Previous article‘Jane the Virgin’ Fantasy Rankings: #TeamMichael vs. #TeamRafael
Next article‘The Flash’ Crashes of the Week: “The Fury of Firestorm”