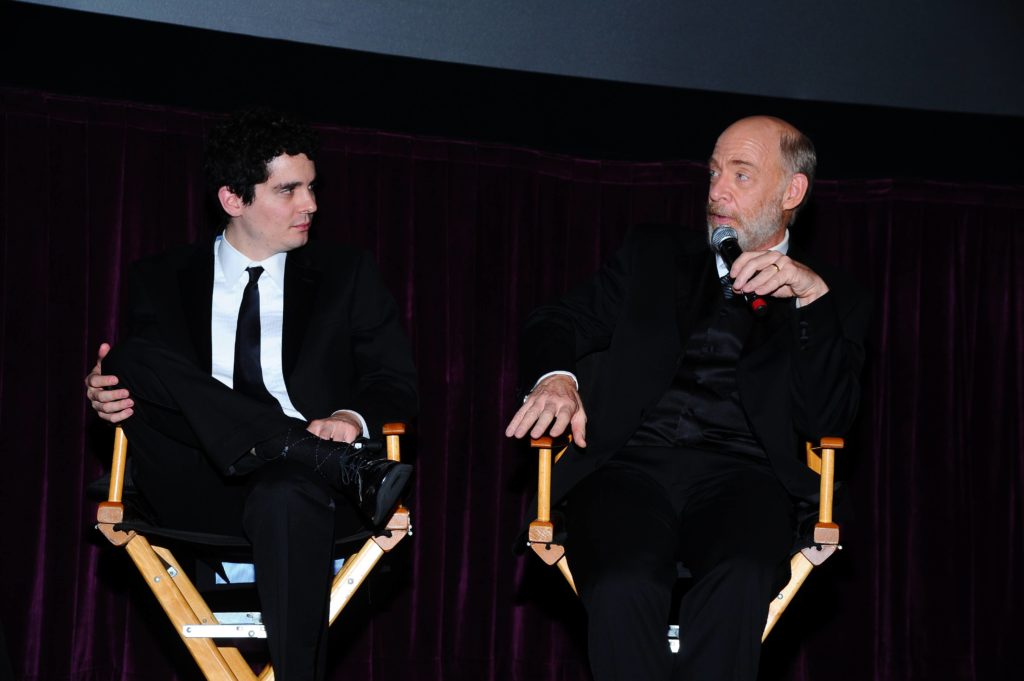 Earlier this year, Princeton boldly declared Malcom Gladwell’s 10,000 Hour Rule- in which said hours is the amount of time one must devote to a skill to fully master it- to be dead. But don’t tell that to Terence Fletcher, J.K. Simmons’s intensely inspired Jazz Band professor in the completely electric indie ‘Whiplash’.

Both Master (Simmons) and Apprentice (Miles Teller) radiate off the screen with the energy and tension of snare coils buzzing against drum head. The fundamental nature of a percussion instrument is that it’s, well, percussive; an explosive sound triggered by fierce impact. This is the relationship between Fletcher and Andrew Nyman (Teller), who makes the cut after Fletcher eavesdrops on one of his grinding, sweatbox practice sessions. At the Schaffer Conservatory of Music, such obsession is not abnormal, but acceptance into Fletcher’s class is.

First impressions of that class have the hallmarks of any animal obedience school; there is casual cross-talk and chatter until Fletcher enters the room, sucking all the air out of it and everyone immediately sits with perfect posture. On that day, Andrew is first-hand party to Fletcher’s unique teaching style when his finely tuned ear detects that someone in the band is ever-so-slightly out of tune. What follows makes McCarthyism seem like ‘The Newlywed Game’ as the vice tightens on that poor, slightly sharp son of a bitch. What looks to be a blessing soon warps into a curse as Andrew is sucked into Fletcher’s unforgiving sadism, which fuels his potboiling teaching style. Chairs are thrown. Tears are shed. And Fletcher couldn’t give one shit. As the film unfolds, it’s difficult to know if or how Andrew is going to survive this particular meat grinder, making it impossible to look away.

That meat grinder, constructed ever so carefully by writer/director Damien Chazelle, is more than a bit autobiographical. “I wanted to write what the fear was like in that situation,” explains Chazelle at a post-screening Q&A. He recounts his time at an unnamed music school where he studied rock drumming under the thumb of a none-too-different Fletcher-in-the-Flesh. That tenuous relationship crippled his want to study music, but that formative experience stayed with Chazelle so impressively that he was compelled to dramatize it in the form of a screenplay, which made the industry Black List in 2012.

Simmons’ devotion to the project dates back to when Chazelle whittled his script down to the length of a short film which would test the waters for a feature. This successful process in which a veteran actor backs a fresh-voiced writer/director echoes P.T. Anderson’s success in turning his short ‘Cigarettes and Coffee’ into ‘Hard Eight’, both starring Phillip Baker Hall. While the jury is still out on Chazelle’s longevity as a filmmaker, his debut is auspicious to say the least.  J.K. Simmons attributes Chazelle’s life experience to the richness of the characters and is not shy in giving credit to the written word: “The characters were so fully realized– all we had to do was not screw it up.”

Don’t worry– they didn’t. Across the board, the performances in ‘Whiplash’ are uncompromising and layered, pushing through some of the script’s weaker moments (A big moment that kicks off the film’s third act, for example, feels inherently silly in its high-drama execution, but ends up playing out nice enough).

But once the final sequence starts to unspool in double-time, any narrative disbelief or over-the-top shot choices stop mattering because the only thing that does matter is that moment in which both Andrew and Fletcher give each other one final shot.

‘Whiplash’ is not a movie for everyone, but it is tailor-made for anyone who has ever wanted something so much, that they will claw their way out of the screaming maw of hell to get it. Some people turn tail and run, while others stand to face the demon- even if he happens to be conducting the country’s best Jazz band. 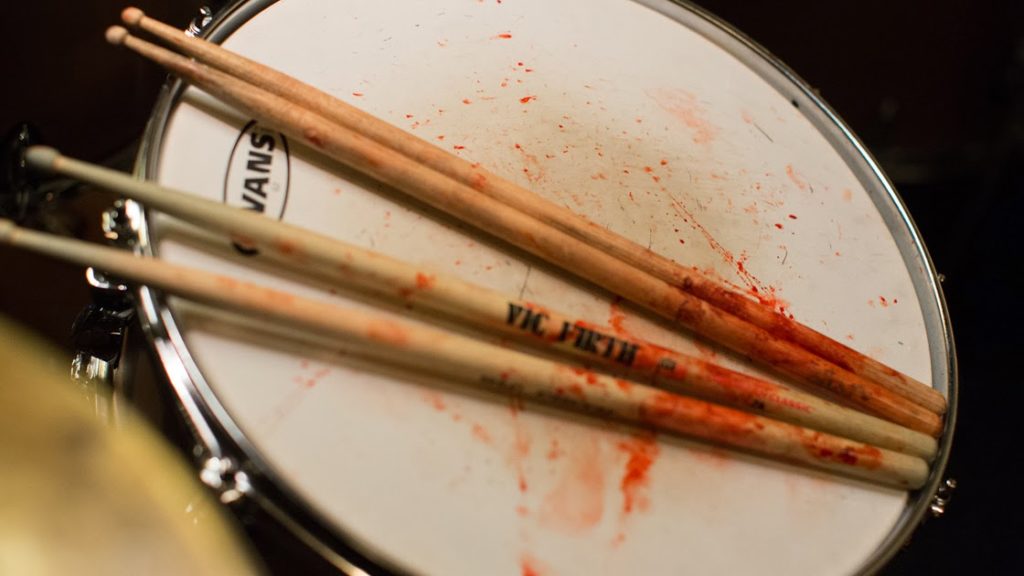