‘The Imitation Game’ Plays It Safe In Hopes of Oscar Glory 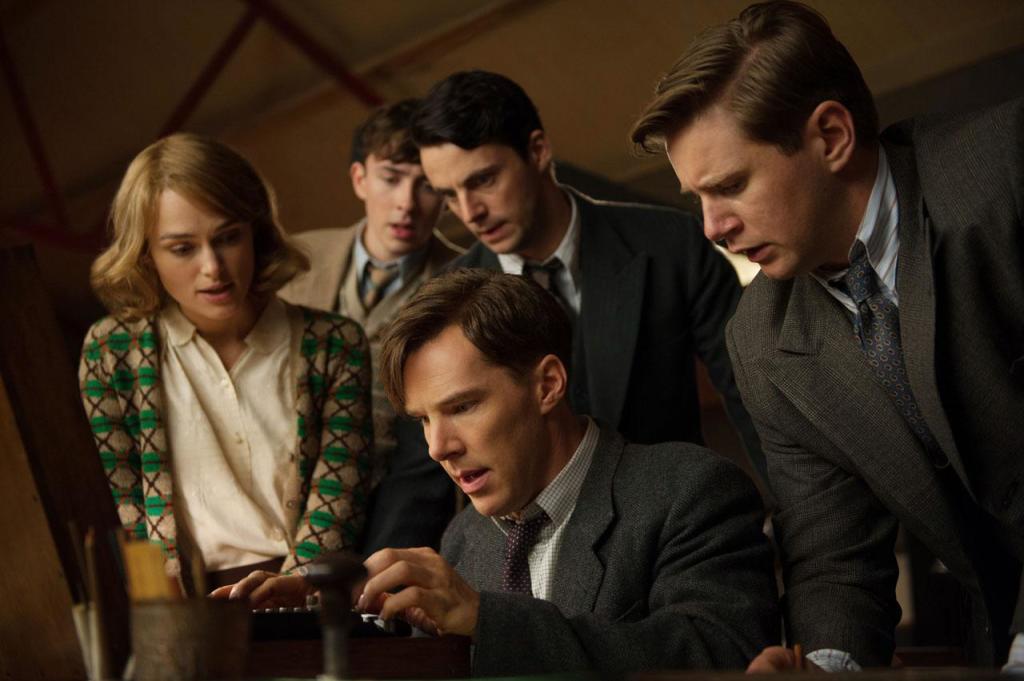 Whatever shall I say about a film like The Imitation Game? On one hand its a fascinating story told exceptionally well. On the other hand its one of those films that feels patently built for the sole purpose of winning awards. And even though it well may deserve some of those awards (like i said, it’s exceptionally well made) the piece as a whole feels just like every other true story set during World War II that gets thrown at us every awards season. Is it too much to ask for something more unique?

This is an especially pertinent question when you consider the subject matter of this particular story. Alan Turing (Benedict Cumberbatch) was not only the man who ended up cracking Nazi Germany’s impenetrable code and thus ending the war much sooner than possible. He was also a sort of godfather of computers. And on top of those two achievements he also happened to be gay in a time when it was illegal and harshly punished by the law.

This was no ordinary man and to see his story told in such a straightforward and uninspired way is kind of a letdown.

The Imitation Game tells Turing’s story through three different periods of his life all cut together in a manner that at first seems intriguing but ends up being your pretty standard set of flashbacks and flash-forwards. A vast majority of the film is spent during World War II where we meet Turing as a genius mathematician volunteering his services to his country during wartime by promising to break the code for the Nazi’s impressive Enigma decoding machine. 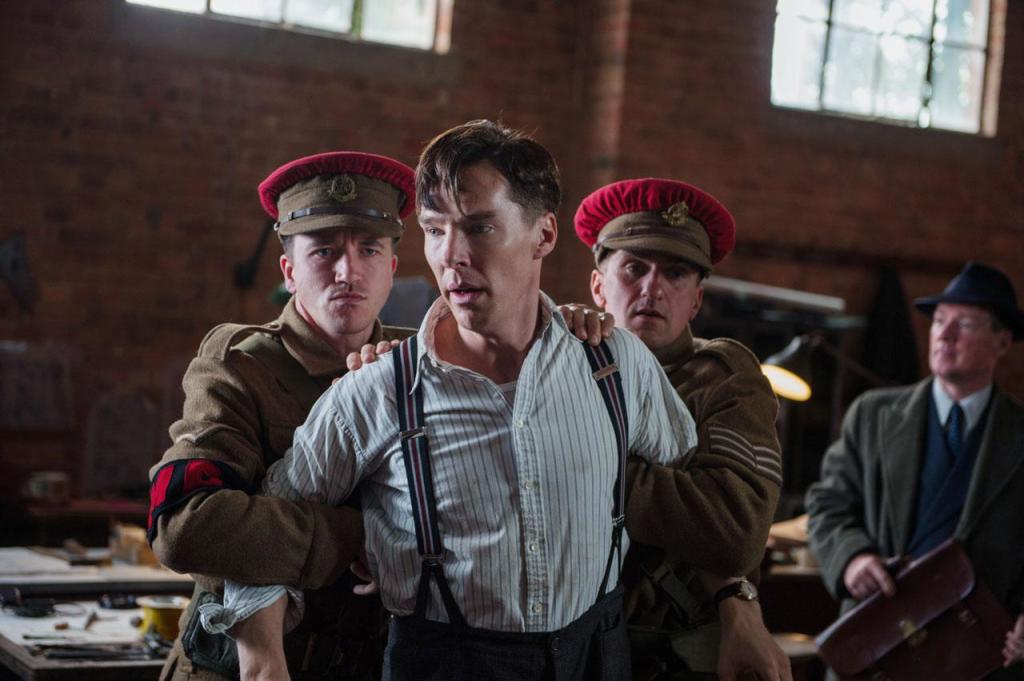 In many ways, Turing is reminiscent of one of Britain’s war heroes from World War I, T. E. Lawrence, who is more commonly referred to as Lawrence of Arabia. Lawrence, like Turing, was gay and often had a hard time playing nicely with others – especially those who happened to be in positions of authority.  But where Lawrence was considered somewhat playfully difficult, Turing was apparently more of a dick. As written and played in The Imitation Game he was a man who knew his own strengths and didn’t particularly have the time nor the patience to deal with anyone else. Luckily, he was able to back that gusto up with results.

Some of the people forced to deal with his self-assured demeanor during wartime included his superior officer, Commander Denniston (Charles Dance); the original head of the code-cracking team, 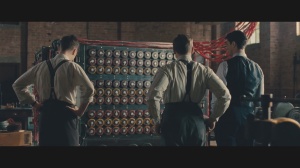 Hugh Alexander (Matthew Goode); a spy named Stewart Menzies (Mark Strong); and the rest of the young team of decoders which happens to include Downton Abbey’s Allen Leech.

But Turing also had to prove himself to those that he recruited to the team. The most important of these characters is Joan Clarke (Keira Knightley), a brilliant young woman who must lie to her parents and say she is merely being a secretary at the military base so as not to be thought of as living and working indecently surrounded by all men. As the story plays on, she becomes one of the few confidants that Turing has and they strike up an unconventional love that leads to an even more unconventional engagement.

But as the World War II-centric story of cracking the Enigma machine by building their own code breaking computer goes on we are treated to flashbacks of Turing as a young student (Alex Lawther) falling desperately in love with one of his classmates. These scenes are counterbalanced by flash-forwards to the early 1950s where Turing is being investigated by police for homosexual acts. These particular scenes are heartbreakingly sad and lead to an even sadder conclusion for the film as a whole but don’t really add a lot until the very end, making their inclusion throughout the film feel a bit tedious at times.

But if anything is true about The Imitation Game its that Cumberbatch carries it all with a tremendous performance that is a joy to watch even as he is breaking your heart. As a character who is hated by a majority of all other characters for most of the film, Cumberbatch manages to immediately put the audience on his side and keep us there for the entirety of the film even at moments when his prickly demeanor would have us abandon him in the hands of a less capable actor. By the end of it you really just want to squeeze him in a bear hug and tell him how great he was and how many lives he saved. In short, don’t be surprised to see Cumberbatch being named as an Oscar nominee a few months from now.

The rest of the cast gamely keeps up with Cumberbatch in a supportive nature that is generally strong but no one else is given the individual dramatic goods to stand at his level. Knightley has a few strong scenes but this feels so similar to much of her previous period drama work that I don’t expect to see too many accolades being thrown her way when all is said and done.

I think the same can be said for the film as a whole. It looks nice, has a lovely score, and is put together in a clean and competent way, but it genuinely feels like we’ve been there and seen this before. I wanted to love this due to the brilliant lead performance and compelling subject matter but I just can’t make myself get enthusiastic about it. There is no doubt an audience out there who will eat this up but in retrospect I find myself wishing that the secret code of an Alan Turing biopic had been cracked by a more inventive filmmaker. In the meantime, The Imitation Game can only stand as an honorable first attempt.