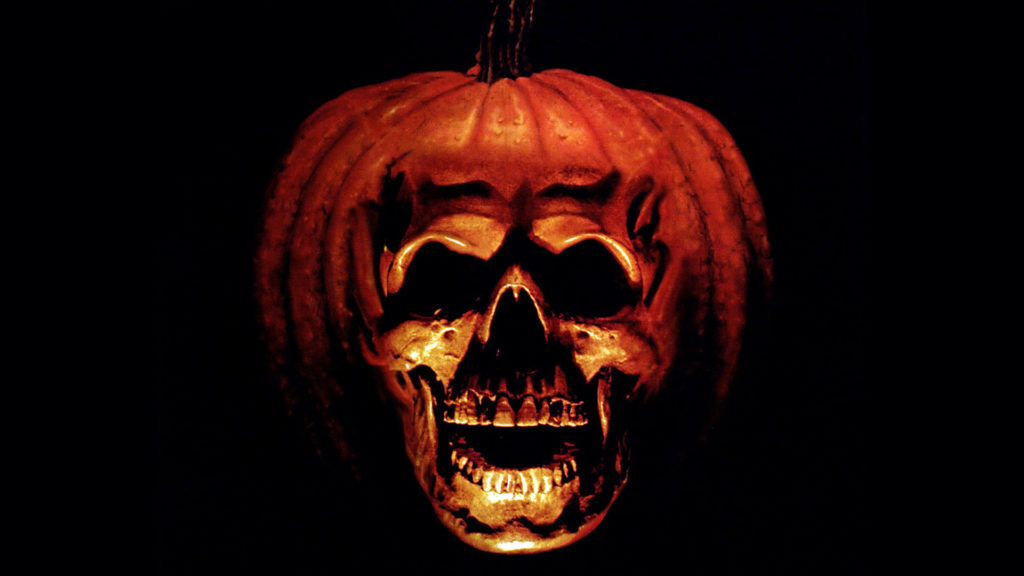 Happy Halloween, Workprint Readers! It’s the most wonderful time of year for those of us who love binging on candy, spending way too much money on a costume we’ll probably only wear once, and getting the bejeezus scared out of us by monsters and killers in all forms of mass media. In honor of this occasion, I’ll be giving you the lowdown on all of this week’s notable new releases in theaters but then I’m going to honor the holiday by ranking the films of my favorite horror series…which happens to share a name with this spooky day we love so much.

If you can’t figure out which one that is you should probably just stop while you’re behind.

It’s not often that Halloween lands on a Friday so you’d expect Hollywood to be unleashing a plethora of horror films to the masses but this year you would to be wrong. With Annabelle and Ouija still scaring up decent business in theaters the only brand new entries to the genre this weekend come in the form of Before I Go to Sleep – a completely under the radar thriller starring Nicole Kidman and Colin Firth – and Horns starring former wizard Daniel Radcliffe as a young man growing devil-like horns while developing powers that may help him try to solve the murder of his girlfriend.

Unfortunately, Before I Go to Sleep currently sits with a rather unremarkable Tomatometer score of 39% which probably won’t convince anyone to take a chance on a movie that has otherwise been completely devoid of buzz or marketing power.

Horns doesn’t fair much better though with a current Tomatometer score of 45% but our own critic, Nicole C., give the film a solid B and praises Radcliffe’s performance as one of depth and range. You can read her full review by clicking HERE. And if you don’t feel like giving the film the full cost of a theater ticket, its also available on all Video On Demand venues as well as iTunes.

Normally I’m the world’s biggest advocate for checking out a classic film on the big screen with a theater full of people. I’m just not sure if Saw can be counted as a classic film. I know it has it’s fans out there though so I hope they take advantage of this big screen revival and then avoid putting me in some of the situations depicted in the film.

Mostly that second part though.

But for those of us looking for something a little more promising there’s Nightcrawler starring Jake Gyllenhaal about a man getting sucked into the seedy world of crime journalism in Los Angeles. The film has been getting rave reviews to the tune of a 96% score on the Tomatometer and is getting Oscar buzz for Gyllenhaal as well as costar Rene Russo who is long overdue for some award recognition.

All in all, I think your choice is clear if you decide to visit the movie theater this weekend.

What better way to spend a Halloween weekend on the couch than with a marathon of my personal favorite horror franchise?

The answer is simply NOTHING.

36 years ago (thankfully older than me) director John Carpenter introduced us to the horrifying character known as Michael Myers who has successfully creeped me out for as long as I can remember. The original Halloween, released in 1978, spawned 7 sequels of varying quality as well as a 2007 remake which also had a sequel of its own.

Throughout the years all ten of these films have been spread out between multiple studios and home video distributors making the prospect of a complete DVD or Blu-Ray collection impossible but last month the fine folks at Anchor Bay and Scream Factory teamed up to release Halloween: The Complete Collection. This extensive set includes just about everything you could possibly want as a fan of the series including a plethora of behind the scenes content, deleted scenes, and alternate versions of several of the films themselves.

Now I know there’s probably some of you out there who don’t want to devote enough time to watch ALL of the films in question (and that’s TOTALLY fair) so I’ve crafted here a handy ranking of the films from worst to best and will leave it up to you how far down the list you want to check out.

But before we get started it’s important to note that I’m going to leave Rob Zombie’s two remake films off of the list and focus on the original series of eight films instead. Anyone who has seen them probably knows why.

But anyway, let’s kick things off at the bottom of the barrel:

8. Halloween 5: The Revenge of Michael Myers (1989) This weakest link of the original series manages to undo everything that went right in the surprisingly enjoyable 4th film by replacing a likeable lead character with Tina, one of the most obnoxious in movie history; stripping the young Danielle Harris of her voice; and throwing in a few idiot police officers who come accompanied by the ever classy music of the kazoo. Take it from me – this one is for diehard fans only.

7. Halloween: The Curse of Michael Myers (1995) This sixth film in the series might easily take the bottom spot if it weren’t for the intriguing Producer’s Cut that finally made its official debut in the Complete Collection. 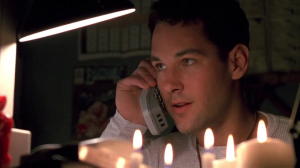 You can’t really polish a turd but this wildly different version of the film gives it a slight leg up over a film that is otherwise only notable for giving us the gift of a young Paul Rudd in his film debut.

6. Halloween III: Season of the Witch (1982) Most people ignore this film because it doesn’t actually have anything to do with Michael Myers or any other character introduced in the first two films. Carpenter originally conceived the series to tell a completely different story set on Halloween with each successive film. This one dealt with an evil costume company plotting to kill millions of children using tainted Halloween masks. No, really. It’s an interesting oddity if you can live without Michael’s pretty white face, but be warned: you never get THIS out of your head.

5. Halloween: Resurrection (2002) This film SHOULD be placed a little lower in the rankings but I hate to think that any of you might miss out on the acting prowess of Ms. Tyra Banks and Busta Rhymes yelling my all-time favorite line: “TRICK OR TREAT, MUTHA FUCKA!”

4. Halloween 4: The Return of Michael Myers (1988) After the box office failure of Halloween III trying something new, the producers decided to bring Michael Myers back for more scares and the result is pure, late-80s horror gold! The rules of Scream apply here in a big way and if you can’t have a good time watching this with a room full of friends you’re doing it all wrong.

3. Halloween: H20 (1998) This 20th anniversary film brought Jamie Lee Curtis back into the fold and what I actually like most about this film is how it deals with her character’s many understandable issues as a result of what she experienced 20 years prior. There are scenes of genuinely well-acted drama on Curtis’ part and that ending is a stunner. The series should have definitely ended there.

2. Halloween II (1981) What makes this first sequel so enjoyable is the incredibly rare plot device of picking up the story IMMEDIATELY after the events of the first film and expanding it into one epically-long, scary night. On top of the innovative time placement the film also reveals significantly more backstory to Micheal’s motivations. Some argue that this takes away from his air of pure evil depicted so menacingly in the first film, but its a logical step that ultimately pays off well in H20. Oh, and the creepy hospital setting has pretty much ruined health care for me.

1. Halloween (1978) Let’s face it, you knew there was no chance that the classic original wasn’t going to get the top spot here. Halloween is far and away my favorite horror film of all time simply because it is the only film that successfully scares the hell out of me no matter how many times I watch it. Carpenter has a masterful control over tone in this film and it lingers in the air of wherever you’re watching it like a chill you can’t shake. The slow camera moves, spine-tingling music, terrifying warnings of Donald Pleasence‘s Dr. Loomis, and the ever-looming presence of Michael Myers will leave you afraid of the dark and double-checking your door locks. And all of this is done without resorting to the slightest bit of gore. This is cinematic horror at it’s most simple yet effective. All in all a masterpiece.

So what are you waiting for? Start watching!