THR is reporting that AMC has picked up the John le Carre series The Night Manager, starring Tom Hiddleston and Hugh Laurie, after a multiple-network bidding war. Based on the 1993 le Carre novel, the project is in partnership with the BBC and could be a six- or eight-part miniseries. 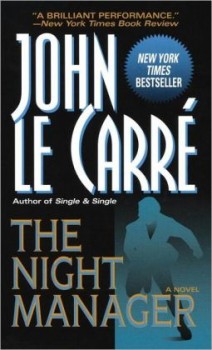 The Night Manager tells the story of British ex-soldier Jonathan Pine, a night auditor at a luxury hotel. Pine’s life takes an unexpected turn when he meets Sophie, a French-Arabic woman with ties to the English black marketeer Richard Onslow Roper.

While we don’t know which characters Hiddleston and Laurie will play yet, the series will usher Laurie’s return to the small screen after House ended in 2012.

Hiddleston will be next seen in Guillermo del Toro’s Crimson Peak with Jessica Chastain, while Laurie will appear in Brad Baird’s Tomorrowland with George Clooney.