Even though only six seasons have been greenlit, HBO has wasted no time in securing its Game of Thrones leads for a potential seventh season. The Hollywood Reporter writes, “In exchange for the option, HBO has ponied up huge raises for seasons 5, 6 and the potential season 7 that will make the cast members among the highest paid on cable TV.” HBO has offered the raises in tiers, according to the stars’ status on the show:

The “A” tier — which includes actors Kit Harington (Jon Snow), Peter Dinklage (Tyrion Lannister), Lena Headey (Cersei Lannister), Emilia Clarke (Daenerys Targaryen) and Nikolaj Coster-Waldau (Jaime Lannister) — is paid at the highest level. The “A” tier actors are said to have renegotiated their deals in tandem.
The so-called “B” tier — which is said to include co-stars Natalie Dormer (Margaery Tyrell), Sophie Turner (Sansa Stark), Maisie Williams (Arya Stark) and others — is paid on a lower scale but is said to be scoring raises as well in exchange for season 7 options. A lower tier of regular actors will receive much smaller pay increases, according to sources. 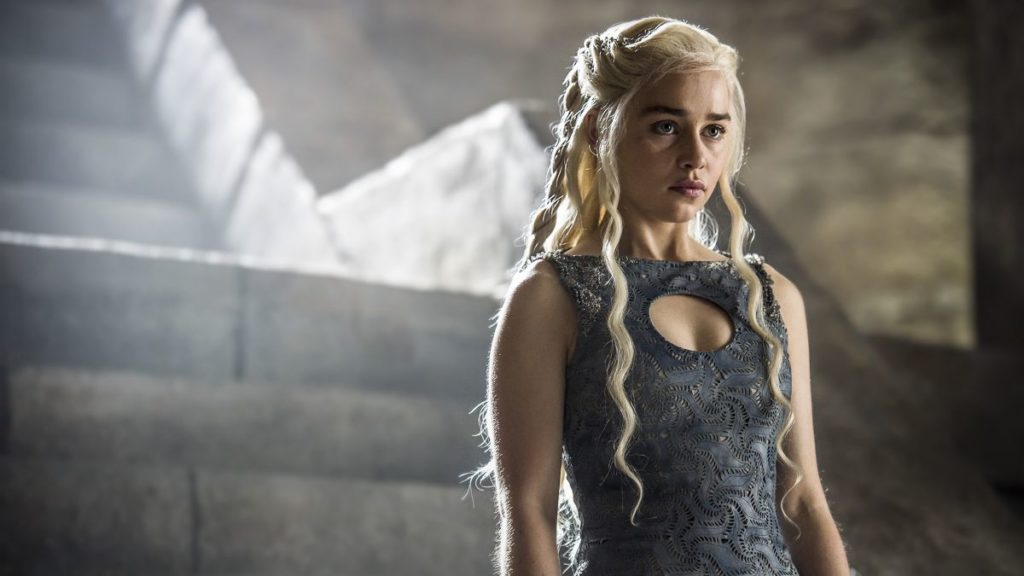 What does this mean for Throne fans? Well, it doesn’t guarantee a seventh season, but let’s be honest, Game of Thrones has already surpassed The Sopranos as the most-watched HBO series. And that’s after only four seasons. HBO would have to start spending time around Cersei to be crazy enough to cancel the series now. The producers have already stated that seven seasons would be ideal for the show, so it doesn’t look like that will change anytime soon.

What this does mean, however, is that Game of Thrones will almost certainly surpass George R. R. Martin’s books, even though the author hinted at wanting a break in the series, to possibly cover a prequel or other on-going stories, giving him more time to finish the final two books. HBO producers said, “Nuh-uh” and have decided the show must go on, with or without the books. Therefore, HBO, and not Martin, would be the one to debut how the series ends, which would surely lead to an even larger boost in ratings, especially since now all of the lead cast members are signed through, what would, essentially, be the end of the show.