The WandaVision Trailer Hints at House of M

Wandavision is a bizarre but highly-anticipated series and Disney+ first foray into original television. A slice of life about what Wanda and Vision – two near demi-god like beings –  and their odd romantic life is like post-avengers Endgame. Where vision… is supposed to be dead.

WandaVision will be the first original Marvel TV series, jumping ahead of the line in front of Falcon and The Winter Soldier which was delayed to due to the Covid-19 pandemic. There is also a chance that some of Falcon and Winter Soldier may tie into the upcoming Black Widow movie, Marvel’s next highly anticipated film which was also delayed.

Now, the trailer for WandaVision is meant as an homage to the 1950s era of sitcoms. With many callbacks to shows such as The Dick Van Dyke Show, Mary Tyler Moore, and Bewitched. Really, the full gamut of Nick-At-Night for 30-plus-year-old millennials. Though all is not perfect, as the duo soon realizes that their sitcom reality is awry and somewhat broken. There are a lot of clean-cut images which highlight that the series is going for a Doom Patrol type of storytelling. A bizarre tale incorporating a breaking narrative, with clues showcasing how Wanda is likely struggling to keep Vision alive with her abilities in this bizarre alternate reality. 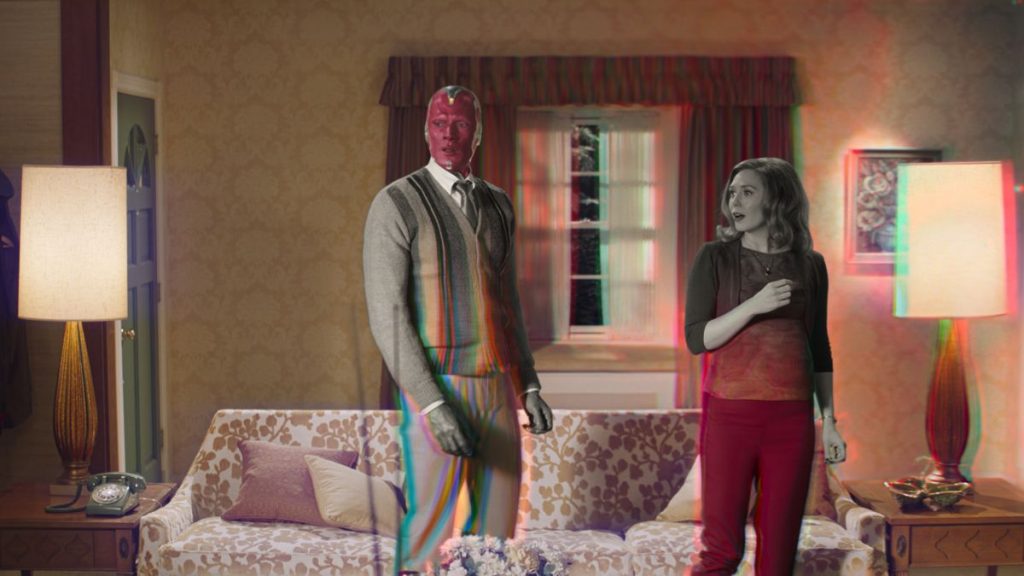 The most dangerous easter egg featured in the trailer is the bottle of wine labeled: House of Misery. A callback to the possible House of M storyline which was a major reality breaking event in Marvel comics. This would also of course, be the perfect time to execute on House of M, given the recent reboot for Marvel in phase 4 and the upcoming film: Dr. Strange and the Multiverse of Madness.

Because of the shallow amount of original story content on Disney+ its likely the series will debut after The Mandalorian finishes its Season 2 run, which would be December at the earliest but likely, 2021.