Every superhero series has this episode. The one moment where the Big Bad becomes Undone

In Season 2 Episode 5, aptly titled: “We Gotta Go, Now” the Boys do just that and go on the run. And while Billy Butcher failed in his mission to liberate his wife, he numerous times throughout this episode, offers to pull a Captain Kirk and go down with the ship… As to why, however – which Hughie rightfully calls him out on several times in this episode – is unknown and completely unnecessary. As Butcher… probably just wants to die.

Meanwhile, Frenchie runs off to Kimiko, who goes full-on contract killer in the hopes of finding some sort of purpose? Though we’re not entirely certain. This episode also sees the rest of the core Boys locked down and hiding from a ninja-like Black Noir. Who is seemingly less-and-less like Batman and more often seen like the Terminator. In an obvious hint to those who read the comics about what’s to come…

Still, there isn’t much to go off on this episode other than Homelander is getting more-and-more unhinged the more he can’t do whatever he wants. With a continually failing public image he goes off the deep end…

Probably the best thing about this episode is seeing The Deep try his best to remodel his image in hilarious fashion. Though there is promise with an allegiance with Queen Maeve, a woman scorned who’s more than happy to get back at Homelander. And with A-Train fired and giving his final farewell speech, albeit in that God Awful adapted movie they’re making (an obvious parody of Justice League given the Joss comment), it’s obvious that the show is stacking the chips against Homelander finally. Though he gains one unexpected and possibly powerful ally.

Don’t Be A Pussy Laser My F**king Tits!

Honestly, Stormfront and Homelander is really the biggest takeaway in this episode. Stormfront continues to maintain that facade of an image of a hero who cares about social issues and wants to take down an evil corporation without revealing… that she’s long been a part of that same corporation. An oddly twisted message coming from a series produced by one of the world’s largest corporations. Because in the end none of it matters and no one is holding these larger-than-life businesses accountable.

Stormfront even helps Homelander as a favor… so naturally, they Super-Fuck. And yes there are many more beautiful ways I could’ve described it but that’s very much the kind of dirty and broken images they were going for. 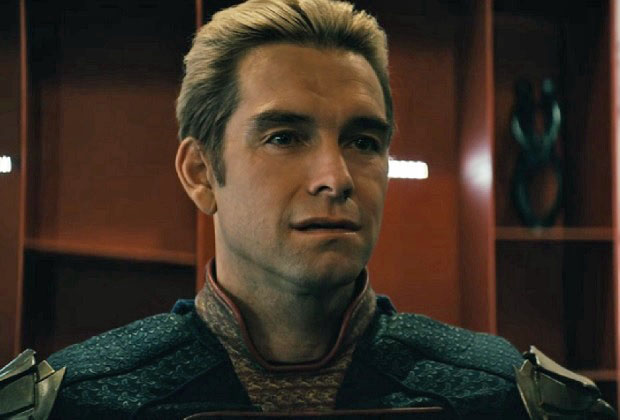 This was probably my least favorite episode of the season. It establishes the arcs necessary but it doesn’t really wow or contribute to much outside of Homelander and Stormfront. Likewise, oddly enough Butcher and Hughie have been kind of boring in this season for me. And a lot of the problems I have with Preacher, a series also written by Garth Ennis and adapted by Seth Rogen and Goldberg, I’m starting to see in this show.

Mostly, that it overly depends on shock-value. But we’re gonna need some compelling arcs and dramatic stakes to keep it entertaining. Worst is that because of episodes like these I’m actually starting to pivot and agree with the people review bombing this season:

That this might’ve been better suited as a full season drop instead of episode-by-episode. Especially if we get filler like these.