Over the course of The Walking Dead’s first five seasons, we’ve seen our heroes forged into hardened survivors. Their encounter last season with the Alexandria community and its sheltered, naive populace showed just how far Rick and the others have come. Deanna and the other Alexandrians learned some hard lessons last season, and “First Time Again” finds Rick now calling the shots. As the title suggests, the premiere carries many echoes from earlier seasons, as the characters deal with the aftermath of the events in “Conquer” and the citizens of Alexandria must come to terms with the realities of survival in the zombie apocalypse. It’s the ceaseless cycle of human misery and trauma The Walking Dead is best known for–as Rick goes through the motions for the first time, again, one has to wonder whether anything will change.

“First Time Again” is structured much like the film Memento, where black and white flashbacks are juxtaposed with current, full-color scenes. Unlike Memento, however, there isn’t much of a narrative twist–while the structure provides opportunities for a creative bit of plot and pacing, it mostly feels like an unnecessary complication for the episode. While the flashbacks focus on the aftermath of Reg’s murder and Pete’s execution, the present scenes show the group hastily implementing a plan to draw a large group of trapped zombies out of a quarry and away from Alexandria. The constant interjection of flashbacks proves more confusing and disruptive than novel, but helps to somewhat mitigate the tedium of “aftermath-centric” exposition and the surprisingly monotonous task of wrangling zombies. 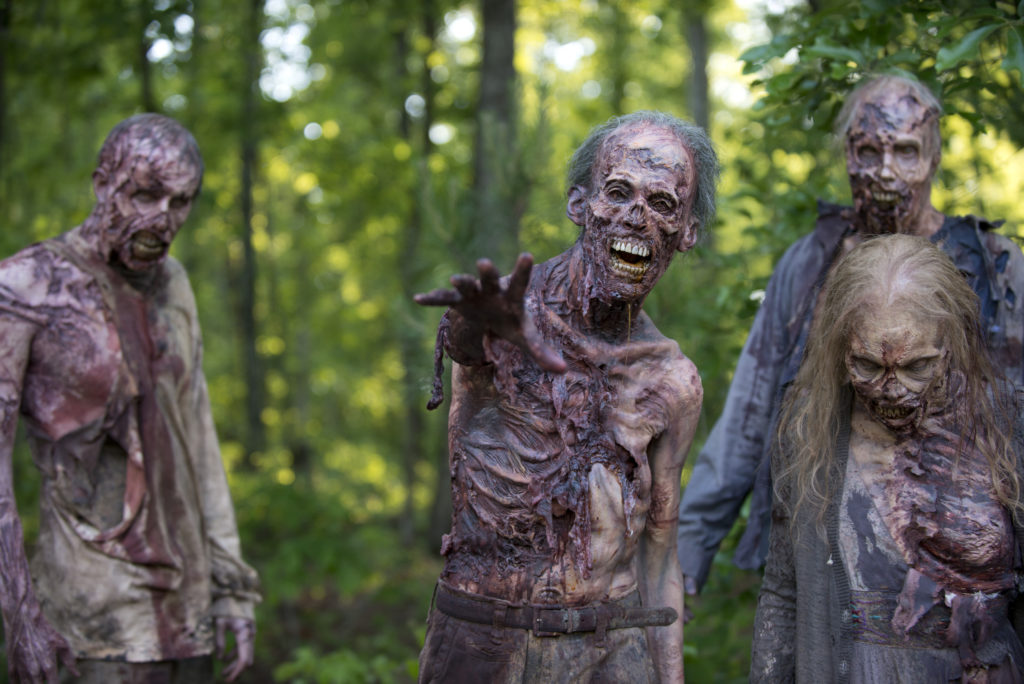 In standard The Walking Dead fashion, “First Time Again” injects a whole mess of new faces to stir up trouble or kill off for some easy pathos later. Heath, Scott, and Annie are a supply run team that conveniently returns after having missed all the drama of last season, while other background characters are brought into sharper focus. Notably, Carter handily checks off all these new character boxes in the premiere, from a cowardly citizen of Alexandria, to potential mutineer, to finally a reformed team player who nevertheless pays for his original doubt and weakness. The only surprise his arc provided was in its concision. Similarly, Pete’s son Ron is being set up as the resentful teen troublemaker, having witnessed Rick execute his father and spotting Carl holding hands with Enid.

One pleasant surprise was Nicholas, Aiden’s cowardly friend who got Noah killed and then tried to murder Glen in “Conquer.” Glen elects not to reveal any of this information to the rest of the group, and Nicholas spends much of the premiere attempting redeem himself and contribute to the group’s efforts. There’s a great deal of natural tension that arises from Glen’s (and the audience’s) distrust, and the only thing rarer than forgiveness on The Walking Dead is genuine redemption. It’s a good basis for a strong arc; hopefully his character won’t get wasted with another clumsy, cowardly death. 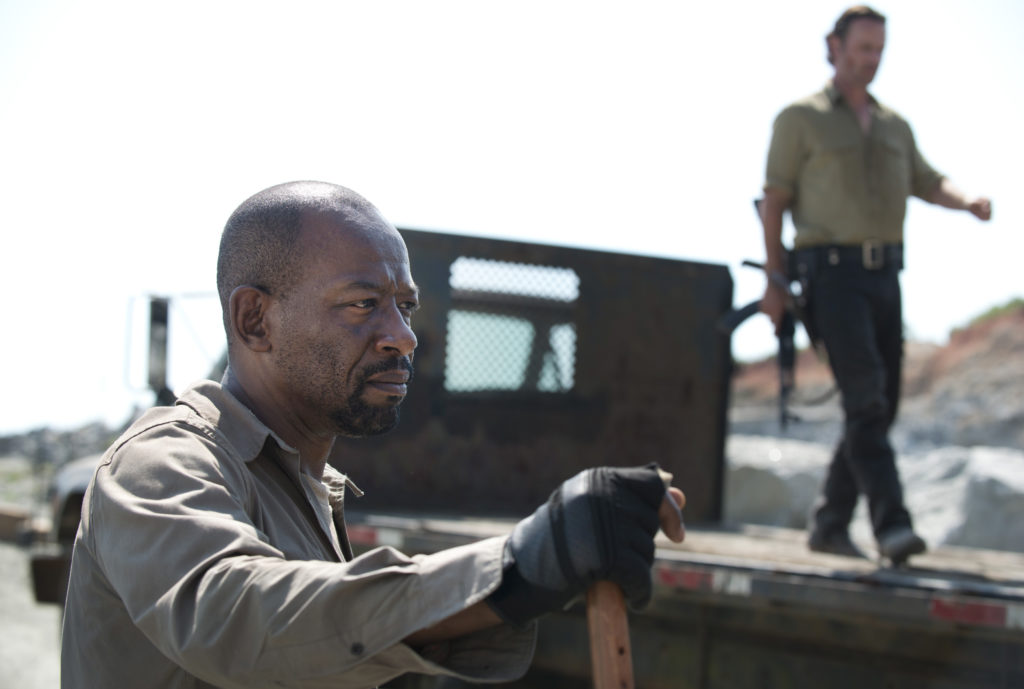 The title of “First Time Again” refers specifically to Rick’s reacquaintance with Morgan, and having to learn about the people they’ve become since they last met. Morgan has very much become a sort of “all life is precious” warrior monk, while Rick perhaps sums himself up best when he tells Morgan, “Listen… I don’t take chances anymore.” It sets the stage for the same sort of high-minded philosophical musings we’ve seen from the show before (Morgan joins the ranks of previous moral bastions Dale, Hershel, Bob, Gabriel, et al in their objection to Rick’s methods), only we have to see it for the first time, again. Maybe Morgan will be able to provide a unique perspective on this never-ending debate, or maybe none of it will matter because Rick will keep doing what he does best–surviving.

@theworkprint
Follow
Previous article
How to Train Your Dragon: The Serpent’s Heir Co-Writers on Expanding the Dragon’s Universe with Dark Horse
Next article
‘The Leftovers’ Review: “A Matter of Geography”