How to Train Your Dragon: The Serpent’s Heir Co-Writers on Expanding the Dragon’s Universe with Dark Horse

Hiccup, Toothless, and the denizens of the Isle of Berk are headed to Dark Horse.

“The great thing about comics is they engage your imagination. Movies tend to spoon feed you, but I think the great thing about the medium of comic books is that you can lose yourself in the panels,” co-writer Dean DeBlois, writer/director of How to Train Your Dragon films, told The Workprint. “Each picture sort of tells its own story. You can spend the amount of time you want with it as opposed to being ushered along by the impatience of the film medium.”

The Workprint sat down with The Serpent’s Heir writers DeBlois and Richard Hamilton, writer on Dragons: Race to the Edge, to discuss how the project came to fruition and what fans can expect from the upcoming stories from the Isle of Berk.

What brought about the idea of doing a graphic novel instead of jumping in another TV series or movie?

Richard Hamilton – It came from a couple of different sources. It was a real concerted effort in DreamWorks part to think about… I think they identified the How to Train Your Dragon has this incredible lore and there is just so much material in there that can’t be possibly contained in movies and television shows. So what were other outlets? Comics were a very natural part of that conversation especially when Dark Horse became part of the conversation. They have such a great storied of doing really quality-licensed projects that are not just retelling the stories, but are very additive and expand on the storytelling of the characters of the world. It was really crucial for us and I think it is also in the process of hearing Dean’s plan for the movies and hearing the art and showrunner of the TV show’s plans, there are just all these great little bits and springboards for all new stories.

What was the decision behind starting the story of the graphic novel minutes after the end of How to Train Your Dragon 2?

Dean DeBlois – The touchy thing we need to be aware of while expanding the universe and working in different mediums, is not to step on each other’s toes. I will meet with the showrunners of the TV series occasionally and say “Hey what are you guys doing? Here’s what I’m doing.” We afford each other space and with the graphic novel it is the same thing. What is a time zone we can explore that is not going to foretell what’s going to happen in the third and final installation of the Dragon trilogy, but at the same time leave enough room for it to be its own thing and explore its own storylines. This seemed like a good opportunity to do it. If we were to jump ahead then we would be ahead of the third movie, which would mean the third movie would have already happened. In a sense some of that storytelling would be alluded to. It’s just finding a pocket of timeline to mine.

Richard Hamilton – Honestly the period right after the events of the second movie is filled with tremendous amounts of drama and conflict. Hiccup is now the chief. Toothless is now the Alpha. Berk is now a war-torn land and there is are just so many stories that just spring out of that. It would be crazy to skip over all of that.

What can readers expect from Hiccup in terms of the challenges he’ll face especially after such a devastating war?

Richard Hamilton – In the first graphic novel he will sort of in an interesting way get a glimpse of what it would be like if he had abdicated the throne and decided if he ever decided to give up being the chief of Berk what that could portend for the people and dragons of Berk. That’s one way. Also he’s going to lean on his friends. Astrid’s really a capable leader in her own right and tactical thinker. Gobber has been an advisor to Stoick in the past and now will serve that function for Hiccup. He’s got his mom who has a whole wealth of knowledge. Eret, son of Eret, comes from a very different perspective of dragon trappers. I think the cool thing in the comics is seeing Hiccup interact with those characters and learn from them and how that informs his role as the chief. 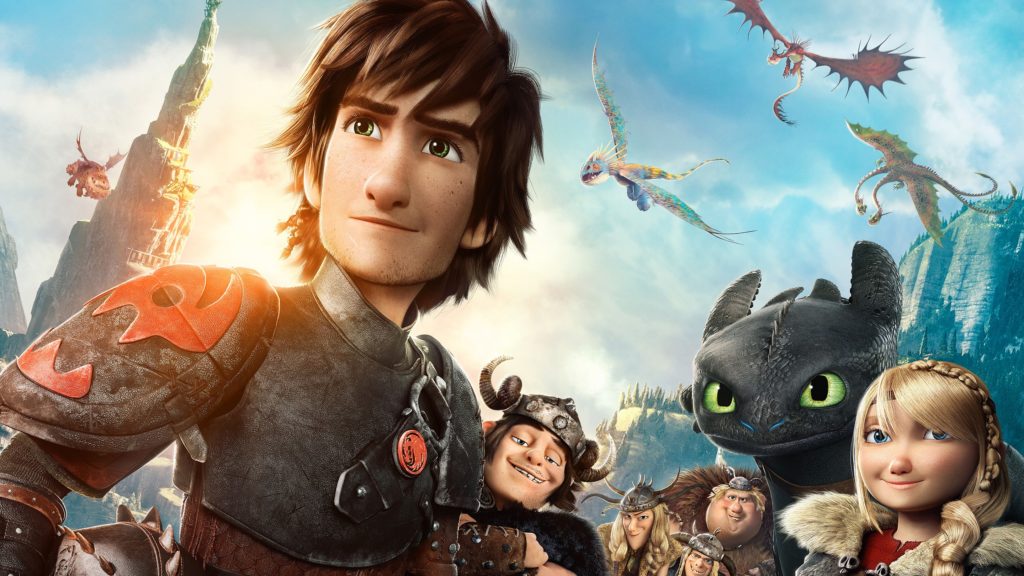 What will the graphic novel allow you to explore more of that the films and TV series didn’t allow for?

Dean DeBlois – We always have a screen time problem with animated films because we’re spending over a million dollars a minute for screen time. We have to be efficient. There are so many subplots and ideas that we end up having to shelve indefinitely when we’re working on these films. The graphic novels give us a chance to indulge other storylines, to develop characters further who get robbed of screen time in the films. It’s a great moment to get into the character’s heads as well. We can use thought balloons, take some pages to spend time with the thoughts of a character instead of show everything visually as the film medium demands.

Dean DeBlois – We try to challenge ourselves to redefine every time what is a dragon. We’ve gone down some roads where we have been unsuccessful before. For example, we tried at one point to have a dragon that was furry and the moment there is hair on a dragon, it just doesn’t work – less possibly the exception of Never Ending Story. There is sort of a require that the dragon in some way remind you of a real creature that we would know from the animal kingdom. We are always trying to pair.. Toothless for example is the combination of a salamander and a black panther. So he has mammalian qualities, but is also of the dragon world. With every one of our characters we are trying to channel something that is recognizable whether it is a grumpy walrus, a curious bird of prey, or in case of Valka’s dragon, an owl. We’ll try to combine a cool looking dragon and a different shape and horns, eyes to mouth, stuff like that, but also how do we let the animal reference inspire some of those decisions.

What can readers expect from the art style of the graphic novel?

Richard Hamilton – The artist announcement will be forthcoming, but without giving that away, we are really fortunate that our production designer on Dragon 2 and 3 Pierre-Olivier Vincent is doing the covers for the books and they are really outstanding. We want to be true to the look of the films and that level of quality and have the characters be recognizable, but we also understand that these are comics and want the comics to be represented in a very different 2D-fashion that can exist in their own right on the pages of the graphic novels. It’s really just striking that balance. The artwork is beautiful and you’ll love it when you see it.

What has the writing process been like going from screenplays to graphic novels?

Dean DeBlois – It started with comic books. Both Richard and I just love the medium. I both learned to write and draw from studying my favorite comic books. I never got to write professionally in the comic book medium and really I only started writing screenplays because the writing was so poor on the films I was working on. I’ve been finding my way forward. Richard and I worked together on How to Train Your Dragon 2 and he was the script assistant, but he was also generating a lot of ideas and bringing that into the actual screenplay. I think it is a natural back and forth. He’s a lot more comfortable with comic book writing than I am and so I tend to be around for the idea portion of it and as far as implementing it, a lot of that falls onto Richard’s expertise.

Richard Hamilton– It’s a good thing that animation and comic books share a lot of characteristics. There is a real emphasis on visual storytelling and also an economy of storytelling. Comics are kind of a more extreme form of that because you have such limited real estate on the page, but it is a great challenge because it really forces us to dial in on what is that specific moment or what is that specific emotion or idea on the page that we need to convey. What’s the best way to do that through not just the dialogue and not just the art, but when you marry the two of them together. What’s the larger meaning that you get in the panel or on the page? It’s a really fun process to be able to go back and forth and talk about not just the content of the page, but the way that it will be disseminated on the page. 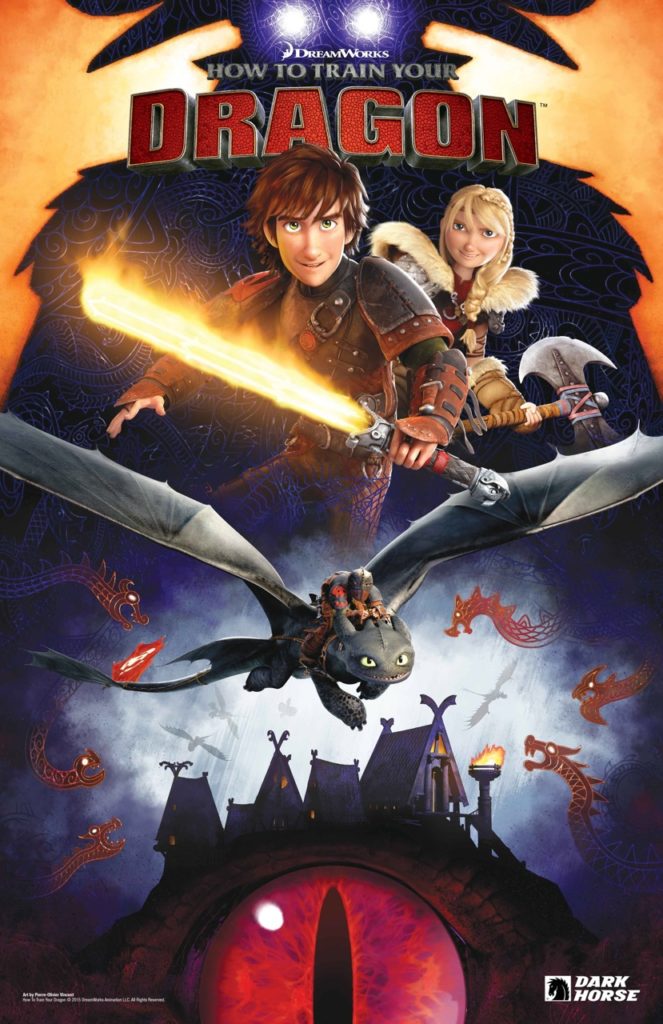 Previous article
‘Jane the Virgin’ and the Guilt of Motherhood
Next article
‘The Walking Dead’ Review: “First Time Again”