A show’s first episode sets the tone, reels in viewers and piques our interests. The second episode, however, is more important; it’s the piece that can make or break a show, driving us to continue watching or give up completely. The Returned‘s second episode “Simon” wasn’t particularly bad, but it also didn’t leave me aching for more, which is a shame given the show’s premise. The first episode ended with a spooky revelation that Victor is another (of many) terrifying child and we shouldn’t trust him. “Simon” tried to recapture that suspense, but ultimately fell flat. 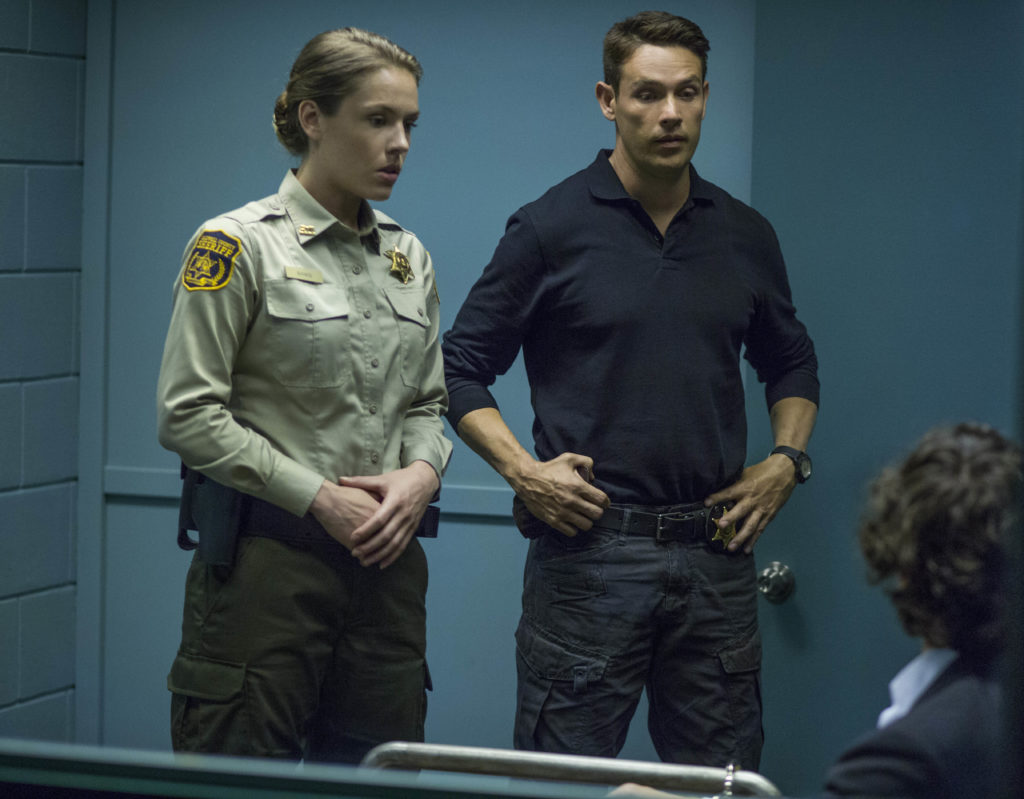 Here’s how things went down:

Camille, the teenager who died in the bus crash, finally accepts that she should not be alive and that, understandably so, leaves her frightened and confused. Her parents try to act as if the world hasn’t gone bananas but elder (?) sister Lena wants nothing to do with their Stepford ways and angst-steps her way right out the door.

When she isn’t impersonating Zooey Deschanel, Rowan is planning her wedding to oh-so-bland Tommy, but Simon with all his undead ways and hair products has other plans. And by that I mean he stalks Rowan but doesn’t even try talking to her so of course she thinks she’s gone mad. We see a flashback of the two of them but it didn’t add much. Eventually Tommy Boyfriend realizes that the man he interrogated IS Simon and whoa, he should be dead.

Elsewhere in more exciting parts of the world, the police (Tommy’s posse) are investigating Lucy’s stabbing because the stab wounds match those left by a serial killer from seven years ago. Several people are questioned, including bar manager Tony who seems to be suspect numero uno, despite being the lovably angry Chief Tyrol from Battlestar Galactica. I mean, it’s like these people don’t even watch TV. The episode ends with Creepy Victor, doing what children do best and coloring terrifying pictures in the dark, while Julie strips down and we see scars across her abdomen similar to the ones the police introduced earlier. 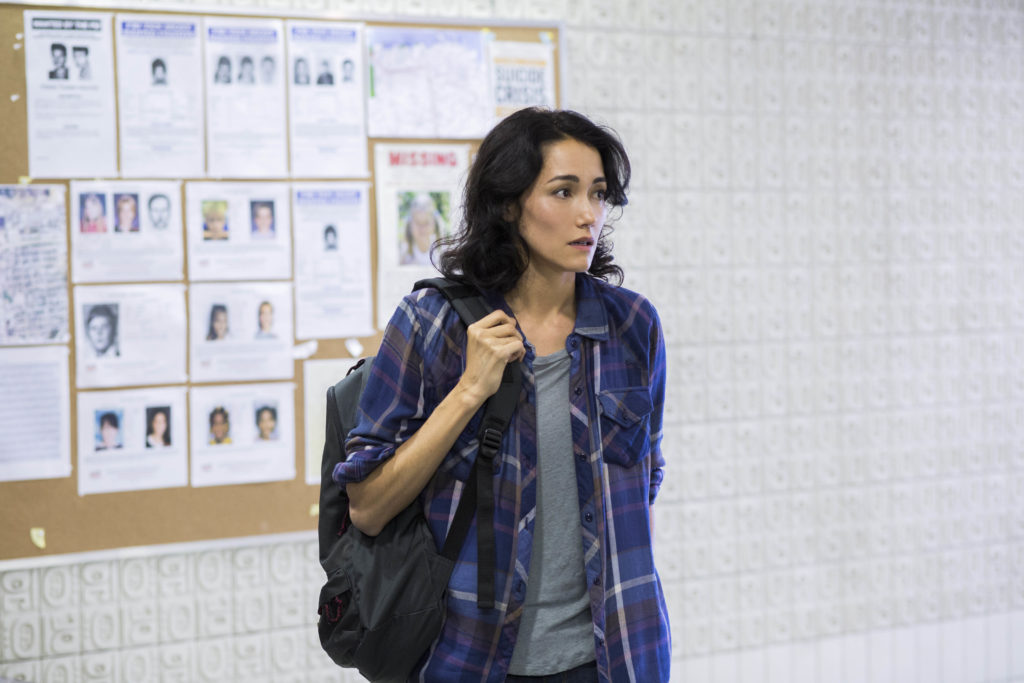 Julie remains the most interesting character on the show for me. However, I don’t understand why she keeps Victor around. As a parent, I know that when a child is quiet, bad things are about to happen, but Julie isn’t one, so I use that as her excuse. Tony also intrigues me but that’s mostly because the police think he’s a murderer and I have issues in finding that fascinating.

The serial killer mixed in with the dead returning was a nice change of pace that added some much needed excitement to what felt like a drawn out episode. GET TO THEM FINDING OUT, ALREADY.

Simon is The Returned’s Jon Snow. He’s the mopiest of the mopey and I cannot fathom why anyone would have feelings for him. I don’t want to say it’s the curly black hair, but common denominators prove otherwise.

I have a sneaking suspicion I’m going to hate Lena. Just a thought.

Having each episode focus on one character feels like a misstep to me. Not a huge one, but in a story like this where relationships are integral, separating them into individual arcs takes away from the excitement. And in the case of this episode, if it focuses on a static character, momentum and suspense goes down the poop chute.

I’m still in The Returned game, but the characters need to up their game and not be so stereotypical. Teenagers being obnoxious? Check. Cop who seems nice at first but is probably jealous and crazy? Check. Mopey musical emo dude who tries to win his girl back? Check. Here’s hoping next week’s episode, “Julie” has more in store for us.

(I really didn’t want to add another paragraph because ending an article with “poop chute” would be a crowning achievement in my book.)

The Returned airs Mondays at 10pm on A&E.

@theworkprint
Follow
Previous article
‘AGENTS OF SHIELD’ Recap: “One of Us”
Next article
Max Landis gives a sermon on ‘Wrestling’ (video)