My boyfriend’s back and uh…he’s supposed to be dead.

If A&E’s The Returned sounds familiar to you, that’s because it probably is. With the zombie obsession still in full swing, bringing people back from the dead is going to be a common premise for many shows for some time. (Thanks, The Walking Dead.) However, The Returned is a little different from your average zombie flick (and not related to the film of the same name) in that it doesn’t feature dead people hobbling down the street and eating faces. Instead, the dead are back to life as if they had never died, same age and everything. It’s a somber affair that focuses on the human aspect of bringing people back to life, instead of the harrowing excitement of a post-apocalyptic world. And really, that difference helps it succeed. 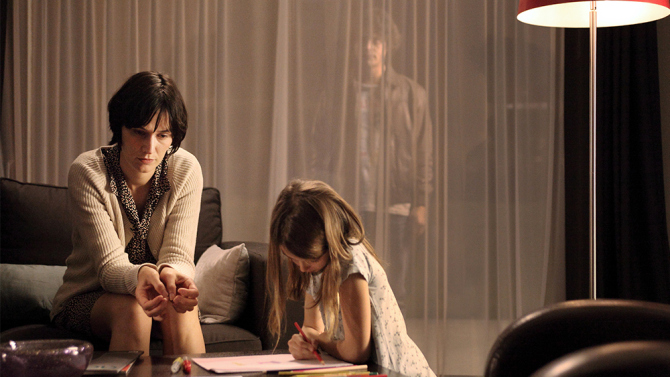 The Returned isn’t something I would usually seek out. Truth be told, the concept of rising from the dead (be it as real people or zombies) is not my cup of tea. Maybe I see it as less exciting and more terrifying because I can only imagine how horrible it would feel to lose my husband or son, only to find them on my doorstep four years later.

And that’s exactly the chord The Returned hopes to strike in viewers. This isn’t an action show full of shotguns and gore, and politics don’t seem to (yet) factor into the plot. It’s slow (sometimes almost too slow) and takes it time holding our hands through this odd phenomena as the residents of the small town deal with the repercussions.

The first episode, Camille, begins with a school bus crash and then the subsequent group therapy sessions with grieving parents. After four years, it seems that some parents are finally coming to terms with the loss of their children. And then, Camille, one of the students who died in the crash, returns home as if nothing had happened and no time had passed. Other deceased in the town (not just the ones from four years ago) also start coming back to life and try to return to the lives they had before death; and what do you know, chaos and confusion ensue. 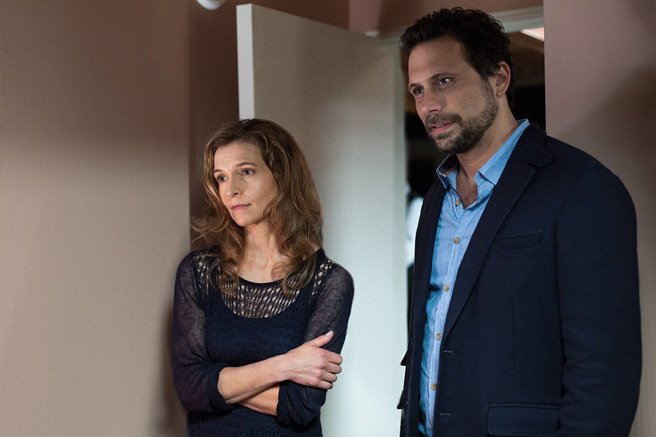 The first episode doesn’t introduce anything of note, and that’s okay for now. It moves along as you would expect, setting up main characters, showing their shock and fear over the returned. It’s a solid hour of television if you’re looking for a drama to fill some time. The characters, for the most part, are entertaining throughout and there wasn’t anything that stuck out to me as horrible, which is pretty good for television drama lately. I’m especially excited for Julie Han (Sandrine Holt) and her odd relationship with the young boy, Victor (Dylan Kingwell). It’s just creepy enough to keep me intrigued.

When Head Honcho Bilal suggested I watch the show, I scoffed. The trailers didn’t appeal to me but Bilal insisted, “It’s like the French original, which was really good!” After many threats, I gave in and watched. And surprisingly, I enjoyed it. Then, curiosity got the better of me so I watched the original, Les Revenants. And…well, Bilal wasn’t kidding. The Returned’s first episode is EXACTLY like the original (which was only released two years ago). And it got me thinking: there was nothing of true value added to the A&E’s show to warrant a remake, other than a language and cast change. The original had more emotion, more of a quiet eeriness that permeated each scene, and maybe that’s because it’s in another language or I’m just super judgmental, but part of me would rather watch Les Revenants on Netflix instead of waiting a week at time for the next episode. (The age of instant gratification, ladies and gentlemen.)

All that being said, I do recognize that A&E’s remake is the reason I’m even watching the show, so I have to at least grant them that. And with Carlton Cuse (Lost) at the helm, I hold out hope that The Returned is more than just an Americanized copy of the French original. I hope that A&E isn’t mimicking the whole Gracepoint from Broadchurch model because I’m tired of the copycat remakes for the sake of viewership. Somewhere down the line, A&E will have to make a change. I hope they do. In the meantime I will continue to watch the show because in all reality it is a good premise, a good change of pace, and the actors are decent. I’ll continue to give The Returned a chance and if you haven’t seen the original, you should, too.

The Returned airs on A&E on Mondays at 10pm.