The Man from U.N.C.L.E. is the latest in the long line of television shows your parents watched to get a slick, modern film revival. The film stars Henry Cavill as American CIA agent Napoleon Solo, who is forced to team up with KGB agent Illya Kuryakin, played by Armie Hammer. Alicia Vikander rounds out the main trio as Gaby Teller, the daughter of a German nuclear scientist. Director Guy Ritchie, best known for films such as Lock, Stock, and Two Smoking Barrels, Snatch, or the Sherlock Holmes films starring Robert Downey Jr., brings a lot of style and humor to the cold war spy thriller, making it the perfect palate cleanser to round out the summer blockbuster season.

Unlike most recent spy films, the primary focus of The Man from U.N.C.L.E. is style. The film is filled to bursting with quick wit, playful glances, and retro cool. Henry Cavill brings his best Superman confidence and charm, while Armie Hammer provides the brooding intensity of what seems like a KGB super solider (“It ripped the hood off my car!”). The chemistry between the two is a lot of fun–forced to work together, the two supremely capable agents clash predictably but nevertheless forge a begrudging respect and believable friendship. This isn’t to diminish Alicia Vikander’s contribution as Gaby Teller, an auto mechanic from East Berlin who’s more capable than she lets on. Vikander shines in the role, serving at times to mediate between the two quarreling agents and other times as her own element of mischief and chaos. 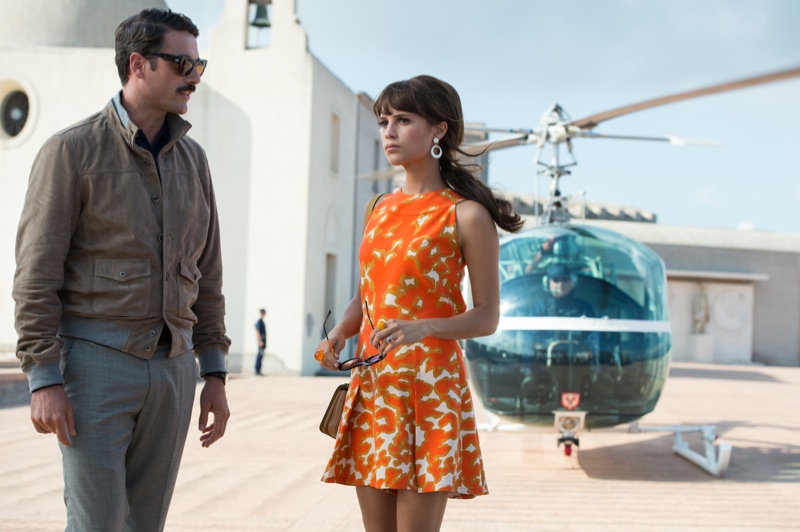 The pacing and camerawork is similarly in service of the film’s stylish sensibilities–The Man from U.N.C.L.E. doesn’t feel the need to weigh itself down with an obligatory series of action or suspense. Instead, Guy Ritchie is more than content to let such aspects of the movie play out in the background occasionally, juxtaposing the relatively tranquil foreground to provide contrast and humor. Other sequences, such as a stealth infiltration or and all-out assault on the enemy’s secret lair, are shown via a faster and more stylish series of dynamic and multi-frame montages. There’s more to the spy genre than just action, and the film is eager to give more screen time to charisma, chemistry, and wit.

The Man from U.N.C.L.E., like its main characters, is a bridge between two worlds. On the one hand, we have Solo, the suave womanizer and international man of mystery. On the other, the brooding stoic Illya with nearly superhuman capabilities. The film shows an understanding and appreciation of both the old and new incarnations of the spy genre, bringing together elements of both but leaving out the camp or gravity. It’s old school James Bond teaming up with Jason Bourne, but delivered with a heavy emphasis on style and humor.

The Man from UNCLE hits theaters nationwide on August 14, 2015.