‘Missing: An Interactive Thriller – Episode One’ Review: Short But Sweet

I have a confession to make, but you all have to promise not to judge me. Agreed? Ok, here goes: I love FMV (Full Motion Video) games. The mix of camp and cheesiness you get from them is unrivaled in the video game space. Add in some decent acting, wrap it in the shell of a point-and-click adventure game and you would have a game tailor-made for me. Thankfully, the people over at Zandel Media have given me just that in Missing: An Interactive Thriller – Episode One. Unfortunately, they haven’t given me much of it.

Missing is an episodic adventure series with the hook being FMV gameplay and cutscenes. In the first episode, you fill the shoes of two characters. The first is David Newcastle, who has been kidnapped, with no clue why or how. As David, you must find a way to freedom, by solving puzzles and using quick reflexes to avoid traps (think Saw but not as gruesome). Trying to solve a series of disappearances similar to David’s is Detective Lambert, the other playable character.

The game appears to be shot in HD, as the FMV cutscenes and still gameplay images are crystal clear. As much as I love the camp that comes with FMV, the game wouldn’t be much of a “thriller” if the acting was poor. Thankfully, the acting is well done, which is no small feat considering that the majority of the game follows David and his isolated experience in captivity. 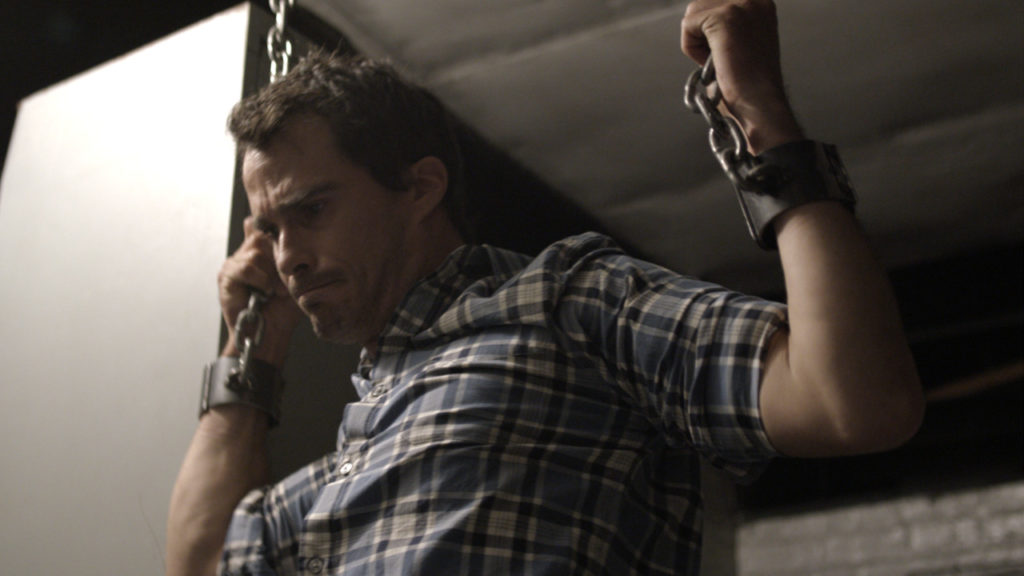 Gameplay is pretty standard adventure game mechanics. Missing has you click around trying to find clues in order to solve puzzles placed between David and his freedom. Occasionally the game throws a quick time event in the mix to shake up the pace and implant a sense of urgency to the situation. The puzzles are interesting enough and some are downright clever but could have benefitted from a little more of a challenge. Most puzzles I encountered were solved in a minute or two. This brings me to Missing’s one real problem: its length.

From beginning to end, episode one of Missing took me 36 minutes to complete. While the episode is only priced at $3.99, the value doesn’t seem to justify the price when for a dollar more Telltale will give you an episode 3-4 times the length. You may have noticed that while I mentioned two characters, I’ve really only talked about one. That’s because you spend a total of 3 minutes playing as Detective Lambert, a paltry amount of time to have any real opinion on a character (*Editor’s Note: It’s almost 10% of the game time, so it’s not that bad when you think about it that way).

Even with the brevity of the first episode, Missing is an excellent and engaging adventure game with a cool twist. The problem is that there just isn’t enough there. I’m excited to see where the series goes and am willing to give it another go when episode two is released, but if Zandel continues to give me so little for my money, then I can’t in good conscience recommend this game to others. Missing is an appropriately titled game because what’s really missing, is the content.